MONTREAL — Calling it a North American first, the Quebec government passed legislation Wednesday forbidding anyone from receiving or giving a public service with their face covered — and even while riding the bus. 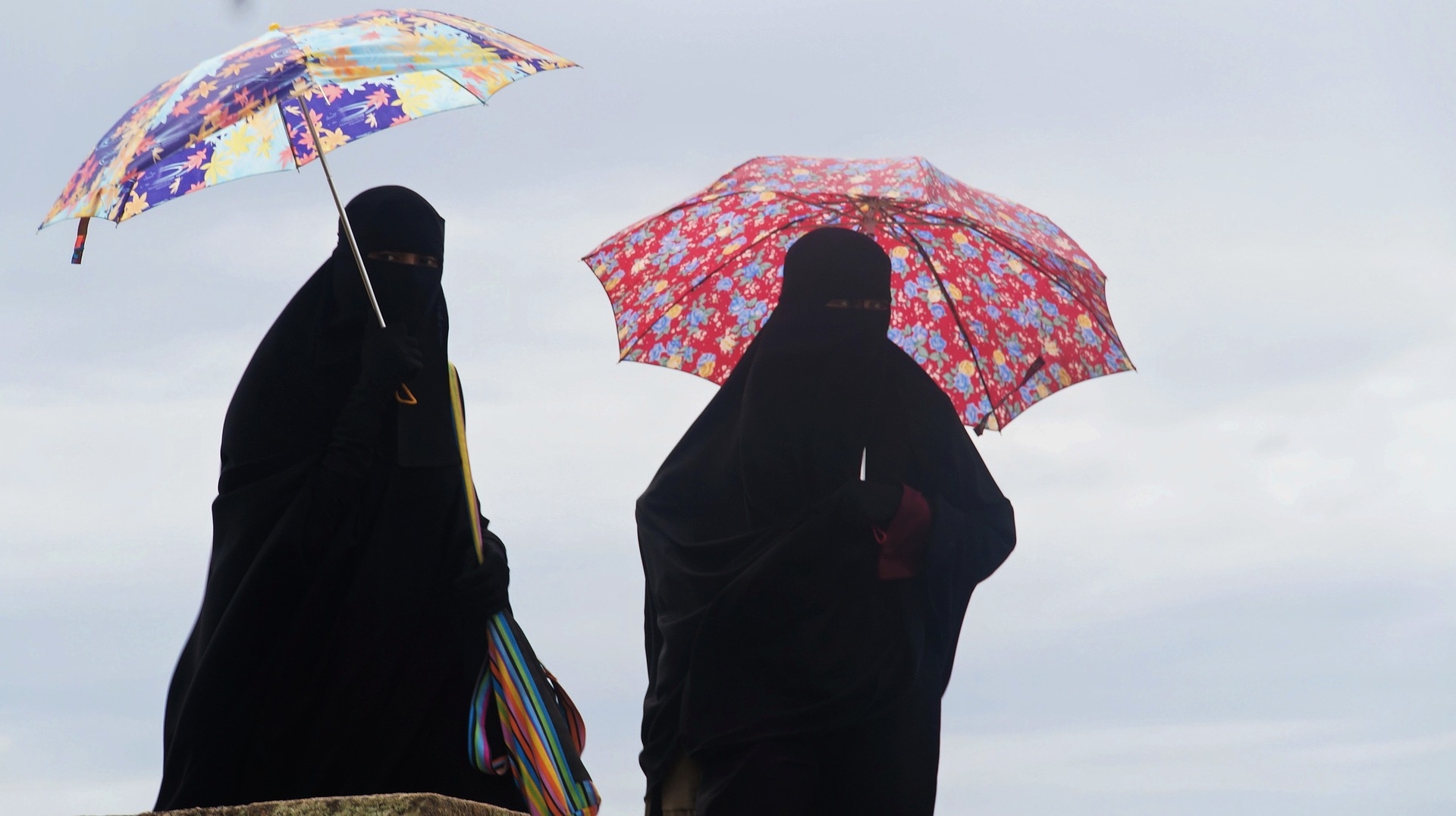 The opposition said the law doesn’t go far enough, while members of the province’s Islamic community said it targets Muslim women and violates their fundamental right to express their religion as they see fit.

“This has been a debate that’s been tearing Quebec apart for the past few years,” Premier Philippe Couillard told reporters. “We need to hail this exercise. We need to remind people we are the only jurisdiction in North America to have legislated on this issue.”

Bill 62 is the Liberal government’s attempt to enshrine into law what is considered to be a fundamental Quebec value that the state should not promote religion of any kind.

Due to the historical omnipresence of the Roman Catholic Church in the lives of Quebecers, some activists in the province see the movement for secularism — including laws banning religious expression in public institutions — as the natural evolution of modern Quebec.

The Liberals’ bill is not as strict as the values charter tabled by the Parti Quebecois but which did not become law because the Liberals swept the sovereigntist party from power in 2014.

Bill 62 has two basic components: it bans the wearing of face coverings for people giving or receiving a service from the state and it offers a framework outlining how authorities should grant accommodation requests based on religious beliefs.

Couillard said he expects some people to challenge the law, but he defended the legislation as necessary for reasons related to communication, identification and security.

“The principle to which I think a vast majority of Canadians by the way, not only Quebecers, would agree upon is that public services should be given and received with an open face,” he said.

“I speak to you, you speak to me. I see your face. You see mine. As simple as that.”

In Ottawa, the Bloc Quebecois asked Prime Minister Justin Trudeau in the Commons whether he could categorically state his government would not challenge the law.

Trudeau responded by saying he would “continue to work to make sure Canadians are protected by the charter (federal Charter of Rights and Freedoms) while at the same time respecting the choices made by various parliamentarians at different levels.”

“But here, at the federal level, we defend the rights of all Canadians.”

Trudeau later tweeted a link to a speech he gave in 2015 condemning face-covering bans, adding that his position hasn’t changed.

“It is a cruel joke to claim you are liberating people from oppression by dictating in law what they can and cannot wear,” he said in the speech.

How the new law will be enforced is still unclear, particularly for bus drivers who fear becoming the fashion police.

Quebec Justice Minister Stephanie Vallee, who tabled the bill, said guidelines on how the law would be enforced would be phased in by next June 30, after consultations.

She told reporters the law also affects women who choose to use public transit while wearing Islamic face coverings, such as the niqab or burka.

“The obligation to uncover your face is for duration of the public service rendered,” she said. “Not just for the veiled woman, but think also of hoods or tinted glasses.”

Montreal Mayor Denis Coderre said he remains uncomfortable with the legislation, especially as it applies to the city’s public transit.

“What does it mean? We have niqab police as bus drivers?” Coderre asked. “Will we refuse to provide them (women wearing face coverings) services if they are freezing with their children?”

A spokesman for the union representing Montreal bus drivers, ticket takers and subway employees says it isn’t interested in enforcing the law.

“Bus drivers don’t want to have the responsibility of applying Bill 62 at this time,” Ronald Boisrond of the Canadian Union of Public Employees said in an interview.

Andre Lamoureux, political scientist and spokesman for a Quebec-based movement for secularism, said the niqab or burka “has no place — not even on the bus.”

His group was one of many who testified during the legislative hearings into Bill 62.

“(The niqab) is not a religious sign,” Lamoureux said. “It’s a political symbol of the enslavement and de-empowerment of women that is supported by the most repressive regimes on the planet.”

Eve Torres, a spokeswoman for the National Council of Canadian Muslims, said the face veil itself is not the issue.

“Whether it pleases Mr. Lamoureux or me — that’s not the question,” she said. “The Charter of Human Rights and Freedoms allows women to express their way of interpreting their religion.

“Whether I’m OK with it or not is not the point.”

Lamoureux said the majority of Quebecers are against the niqab and the burka due to historical considerations.

“Before the 1960s there was terrible social pressure on women, on couples,” he said. “The church was against abortion, controlled women’s bodies. When women went to the confessional, the priest would demand they get pregnant. The church was everywhere, in the schools. Even my hockey coach was a Jesuit.”

He said Quebecers don’t care if people practise their religion in private, but they are sensitive to signs that religiosity is re-entering public institutions.

Torres said the government has switched roles with the church.

“The government has passed a law forcing women to uncover a part of their body against their will,” she said.

“I am aware of the past, but the past also tells us that women have come a long way but there is still a lot of work to do. This law does not add anything to the advancement of women in society.”

Another spokesman with the National Council of Canadian Muslims said the organization is “looking at its options” with regards to a possible court challenge.

Fo Niemi of the Center for Research-Action on Race Relations said the law could eventually be challenged in front of the United Nations.

“It is foreseeable…the law will end up before the UN because it can be deemed to be a violation of certain rights protected by the Convention on the Elimination of All Forms of Discrimination against Women,” Niemi said.

Vallee said she believes her bill passes the legal test.

“In every piece of legislation, there’s a risk of it being contested by those who don’t agree with it,” Vallee said. “We consider that this bill is solid, it’s strong, it’s a bill that’s respectful of civil rights.”