Features
Policing in a postmodern world 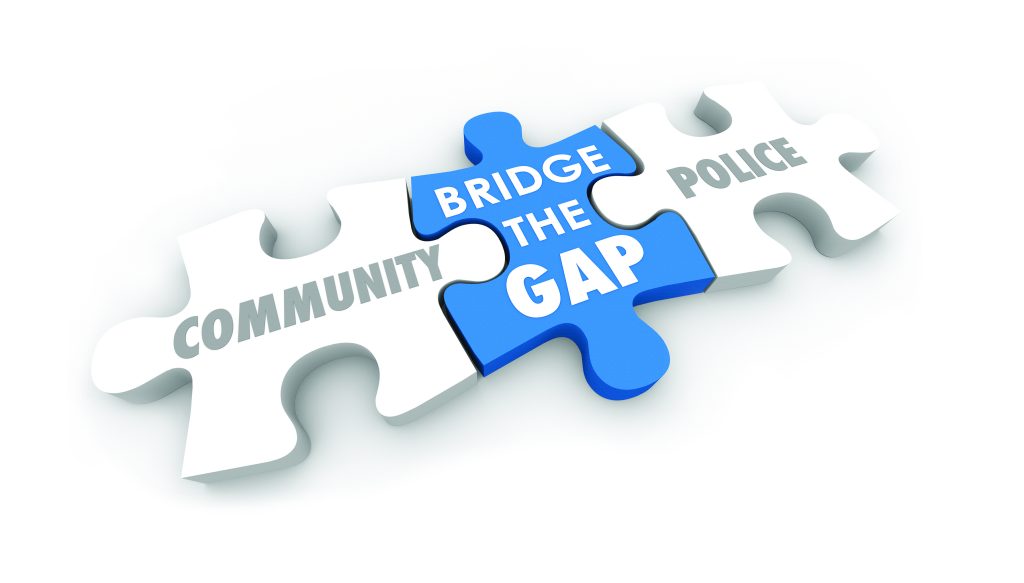 Nearly two hundred years ago in 1829, the blueprint for modern policing was conceptualized by Sir Robert Peel, who not only established the Metropolitan Police Force, but created an enduring and crucial concept1 that holds the key to a successful and symbiotic relationship between the community and the police: the police and public are but one community, which in turn gives its ‘consent’ to be policed. Another equally, if not more, important outcome was the formalization of a list of nine precepts, which have over time both been immortalized and attributed to the late Sir Robert Peel. These nine Principles of Policing2, affectionately referred to as “Peel’s Principles” are often referenced as foundational to modern policing.

Today, the Principles of Policing are simultaneously being scrutinized and eroded at an unprecedented rate by a sector of an outraged society. As public condemnation of the police and many social institutions permeates social discourse, an increasing number of citizens and groups are mobilizing their adherents by deploying disruptive repertoires of contention. Though policing and institutions should be open to a process of evaluative reform, caution must be exercised in advance of any pre-determined causal explanations. While it would appear both acceptable and envogue to highlight past and present inequalities within our society, those responsible for initiating reform should be alert to the prevailing research, which consistently3 finds mixed results when evaluating the impact of institutional reform.

Notwithstanding such mixed results, collaborative reform that focuses on mutually aligned goals such as a concern for public safety, equality and freedom is possible and should inform future discussion. Indeed, the earlier referred to ‘Nine Principles of Policing’ can be modified and compressed into three broad themes4, which would reflect the nature and purpose spoken of. Such fundamentals are not lofty, delusional objectives but are essential elements of a symbiotic relationship between the people and the police.

The first concept suggests that the goal of the police should be preventing crime, not catching criminals. Professional crime-fighting relies predominantly on three tactics5: (1) motorized patrol; (2) rapid response to calls for service; and (3) retrospective investigation of crime, each of which are reactive. In theory, reactive tactics do have preventive effects. The prospect of the police arriving at a crime in progress due to a call for service or a chance observation is believed to deter crime6, and where it does not deter, a successful prosecution incapacitates those who might otherwise go on to commit other offences.

Many police services supplement their reactive approach to crime control by utilizing a variety of proactive methods. Crimes that do not produce immediate victims (who will mobilize the police) such as drug dealing, organized crime and prostitution reply upon proactive investigative strategies that engage informants, deploy covert surveillance and undercover investigators. Many police services have created and developed a variety of programs that focus on early intervention. Programs of this nature rely on a collaborative approach with a variety of social agencies and community groups to identify vulnerable and at risk youth; they subsequently produce intervention strategies7 that address criminogenic (risk) factors that are known to be related to an increased likelihood of offending and protective factors that decrease this probability.

The response to crime should be focused, responsive and influenced by data. As governments, local authorities and police leaders explore opportunities to enhance service delivery and address prevailing social issues, consideration should be given to the notion that the most significant potential for improved crime control may not lie in the continued enhancement of response times, patrol tactics and investigative techniques. Instead, improved crime control can be achieved by diagnosing and managing problems in the community that produce serious crimes; fostering closer relations with the community to facilitate crime-solving; and building self-defence capabilities within the community itself. Public support and collaboration The second concept is that preventing crime requires the public’s support and collaboration; earning and maintaining public support is critical. Community engagement in its various guises is a well established and utilized practice. However, community-oriented policing’s variable characteristics render a practical assessment of its impact problematic. The absence of a universal metric that would permit comparisons across different community-oriented programs inhibits the ability to accurately compare results across impact studies.

The response to crime should be focused, responsive and influenced by data.

Fostering closer relations with the community is, perhaps, not as simplistic as it sounds. Despite incorporating a community policing philosophy, many police services allocate the majority of police officers to the aforementioned reactive aspects of policing. The small number allocated toward a community based problem-solving approach require a greater degree of decentralization and rely on the officers’ initiative as they seek to establish and enhance a closer, rather than a distant relationship with the community.

Owing to the ubiquitous nature of social media, few members of society have not witnessed one of the many seemingly abhorrent applications of the use of force by police officers – notably on people of colour. Many members of society will ask what more evidence is needed to prove institutionalized racism? For many, the notion that the police are racist is axiomatic; police racism is an article of faith, and not an object of debate.

While many of the videos that have captured police brutality in its various guises permit instant conclusions, it’s easy to forget such alarming and provoking images remain unrepresentative of daily interactions between the police and the broader public. Improving social cohesion, eliminating discrimination and promoting equal opportunities should be a universally accepted project; this includes working towards the reduction and ultimate eradication of all forms of racism, whether inter-personal or institutional. While such a statement seems unremarkable, much debate and disagreement exists around the type, the frequency and the nature of racism. Fundamentally, a dichotomous and complex relationship exists between those who claim ubiquitous racism within established institutions, and those who assert such behaviour to be far more localized and characterized by individual behavior. In our desire to become better people we should remain committed to the concept of critical thinking, and however ideologically tempting it may be, and however politicized it may become, police services should exercise caution when seeking to modify and regulate their employees’ attitudes to align with such nebulous concepts.

The final concept recognizes that the police earns public support by respecting community principles and building self-defence capabilities within the community. In addition to many traditional approaches, the police can gain and advance public support by using familiar tools and channels. The advancement of technology has enabled police services to evolve their business practices across several domains, from wanted posters to personal issue police radios, patrol cars equipped with computers and social networks.

Social media platforms provide the police with opportunities to engage with the community and deliver key messaging. Simultaneously, citizens are alerted to missing children, vulnerable persons, and suspicious activity via tools that continue to offer direct communication in real-time.

Despite the ease with which such tools can be utilized to generate bi-directional communication with the public, subsequent communications are not always productive. Social media networks have become standard outlets for people to express their political ideals and call others to action. The narcotizing dysfunction theory8, developed by Paul Lazarsfeld and Robert Merton in 1948, describes how people substitute knowledge for action due to being inundated by mass media about polarizing issues.

In a prescient manner, Dunwoody, Georgia, Chief of police Billy Grogan described in 2011 how embracing social media is one of the smartest decisions law enforcement can make. In an article9 written for the IACP, Grogan outlined three reasons for this: social networks offer a natural platform for extending community policing efforts; they provide a way for departments to promote positive accomplishments; and finally, the continuing popularity of these networks makes them hard to ignore.

Earning and maintaining public support is a complex process; building trust can be difficult as police officers commonly appear in an individual’s life when something has gone wrong or is about to go wrong. As communities become increasingly diverse, the requirement to broaden our approach and understanding has never been greater. Without a basic understanding and tolerance of individuals’ beliefs and experiences, police officers can unintentionally contribute to prejudice and discrimination and negatively impact professional relationships. Such understanding, however, is not immutable but evolves10 through an on-going (voluntary) learning process. If anything good comes out of the current crisis, it will be our commitment to reducing inequality in all its dimensions while working collaboratively with emboldened community members to enhance policing outcomes for all.

This is the author’s own work, and does not represent the opinion of his employer, the Calgary Police Service.

Andrew Critchley is a serving police officer with 22 years of experience, currently working as a detective in the robbery unit. He is an advocate for professionalizing the investigation process, is passionate about leveraging public private partnerships (P3) and supports meaningful collaborative community engagement initiatives.