The founder of the internationally known Crime Stoppers program made a stop in at the 2018 Canadian Crime Stoppers Association’s first National Conference in Hamilton, Ont. on Saturday, June 2, to discuss how the program began, its evolutions and what is currently needed for its co-ordinators. 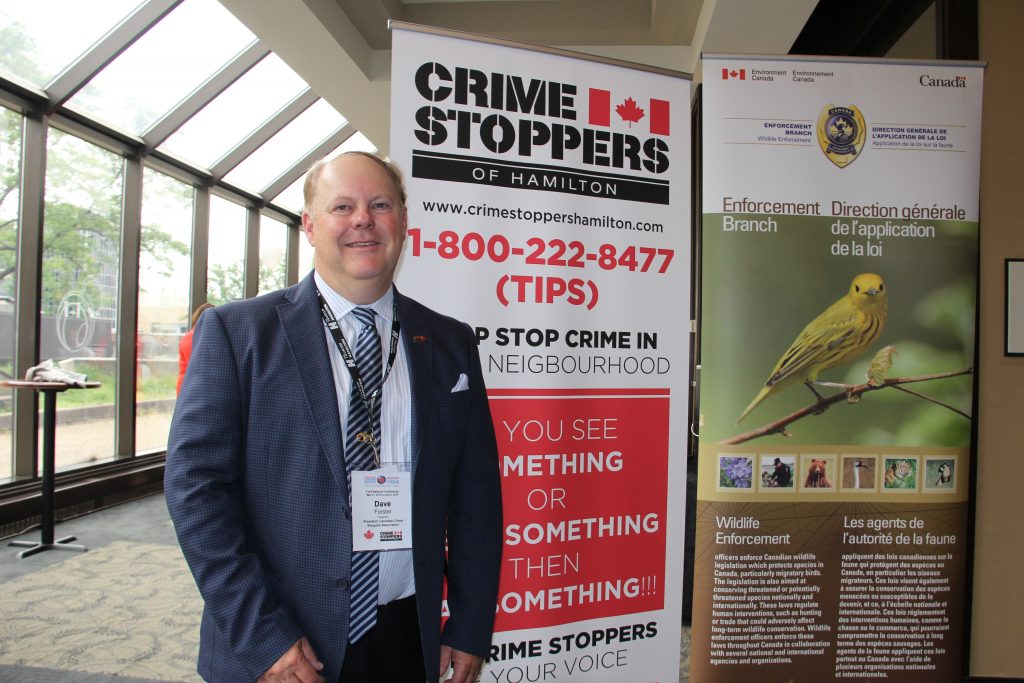 Greg MacAleese, a retired Canadian-born detective from Albuquerque, N.M., established the Crime Stoppers non-profit in 1976. It was a concept that took him 45 minutes to think of, he says, and six months to convince his police chief and deputies.

He discussed the first crime re-enactment he filmed and the concept of offering a reward to anonymous tipsters.

“There was tremendous resistance [to the program],” said MacAleese, who is now a pastor in the Philippines. “Why? Well, you’re talking about a high-risk program. You’re talking about getting the media involved, doing re-enactments, getting donations.”

There are no perfect crimes, he said to the crowd gathered for the four-day conference at the Sheraton Hamilton. “It’s exceptionally rare that an individual commits a crime and someone other than the offender doesn’t know about it… and why? Because criminals have egos.”

While hundreds of thousands of arrests have been made and billions of dollars in drugs and property have been recovered due to Crime Stoppers, MacAleese doesn’t see the success as a personal one — it’s a collective win for the police, public and media, he said.

“We have to continue to work hard in order to maintain that,” he said.

See below for more photos from the conference, which included numerous training sessions as well as many other speakers. Spot yourself in there? Want a copy? Email rfrancoeur@annexbusinessmedia.com.