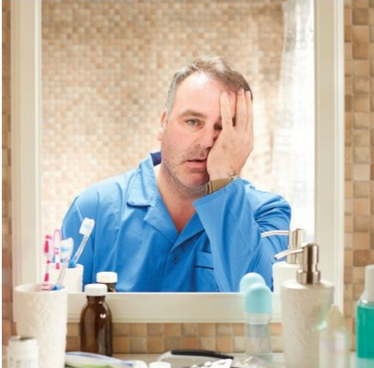 During the Second World War, psychiatrists dealt with reluctant and uncooperative soldiers who followed orders with chronic veiled hostility and smouldering resentment. Their deportment was a mixture of passive resistance and grumbling compliance. They identified it as “passive aggressive behaviour.”

In North America, many contemporary work environments nurture a disconnection with emotions. Consequently, these workplaces are particularly prone to and negatively impacted by acts of passive aggression deeply rooted in negative feelings. This “deliberate and masked way of expressing feelings of anger,” impacts productivity and morale. While acted upon deliberately, passive aggressive behaviour tends to be expressed by a lack of action, making it difficult to detect. More specifically, it can be undertaken by acts of resistance, insubordination, sabotage and omission.

There are many examples of this counter-productive and destructive comportment, often sparked by resentment over the demands of others. Demands viewed as excessive, unfair or irrelevant are more likely to trigger a reaction.

Employees who feel unhappy or underappreciated may demonstrate passive aggressive behaviour by missing deadlines, “misplacing” items, “misunderstanding,” arriving late, “forgetting” to complete tasks, or being intentionally inefficient. Taking a sick day, leaving the shift short when not ill, refusing to contribute to initiatives, doing the bare minimum, procrastinating, gossiping and making non-compliments are all displays of passive aggressive behaviour. The silent treatment or ignoring are also forms of passive aggressiveness. “Accidentally” overlooking to invite one person to a platoon gathering can be witnessed at the extreme.

Passive aggressiveness often stems from miscommunication and assumption. Refusing to confront problems and challenges may on the surface appear easier and less frightening. Nonetheless, the psychological repercussions are frequently devastating.

Canadian are proud of and, in fact, renowned worldwide for being “nice” and non-confrontational. While it is very commendable, it should not be at the expense of emotional or psychological health. Knowing when and how to properly address issues and express emotions is critical.

Sometimes the person who is not speaking up regarding issues is not necessarily “nicer,” as they in turn intentionally sabotage projects or fail to contribute to the team as a result of a build-up of frustration or anger.

Studies show the inability to express emotions is the reason for this common behaviour found in our modern culture. Indeed, those who feel they cannot or should not express feelings openly, may covertly or passively channel emotions. The many reasons individuals do not express their emotions lays deep down in the culture of our country. They are also propagated by factors such as upbringing, education, societal expectations, workplace culture and management.

More specifically, we may believe we express our feelings when in fact, we suppress them and actually express what we deem acceptable by society, thereby creating growing frustration. With time, built-up frustration often turns into anger and by consequence passive aggressive behaviour.

This inability to express emotions coupled with a culture of prescribing what we “should feel,” can annihilate true feelings and replace them by various beliefs; some of which are likely to be irrational.

Individuals should free themselves from damaging irrational thoughts, which may have been anchored for years. For instance, there is nothing wrong with telling someone in a respectful and direct manner that you have a differing opinion or are upset over something. It is not a personal attack but a step towards problem resolution.

There is also nothing wrong with showing and expressing emotions such as true joy, anger or sadness. The “big boys don’t cry” mantra told by parents leads to an inability for men to express their feelings and emotions, and in the long term this can reveal itself in various forms of aggression and violence.

The same applies in workplaces that expect men and women to have the same reaction towards all situations. In reality, men and woman are different when it comes to the expression of their emotions; nonetheless, being different does not mean they should not be treated equally.

The long-term repercussions of suppressed negative feelings cannot be ignored as the consequences can be significant and devastating.

Isabelle Sauve is a 12-year veteran with the OPP, currently with the Lanark County Detachment. She has a MA in psychology and is a
PhD candidate. She is also an ultramarathon/ endurance athlete and the Racing the Planet/4 Deserts 2018 Series winner as well as a Guinness World record holder. She can be contacted at: isabelle.sauve@hotmail.com.