The Ontario Special Constable Association (OSCA) left no rock unturned during talks at its First Annual Leadership Summit on August 10, 2018, in Toronto, Ont. 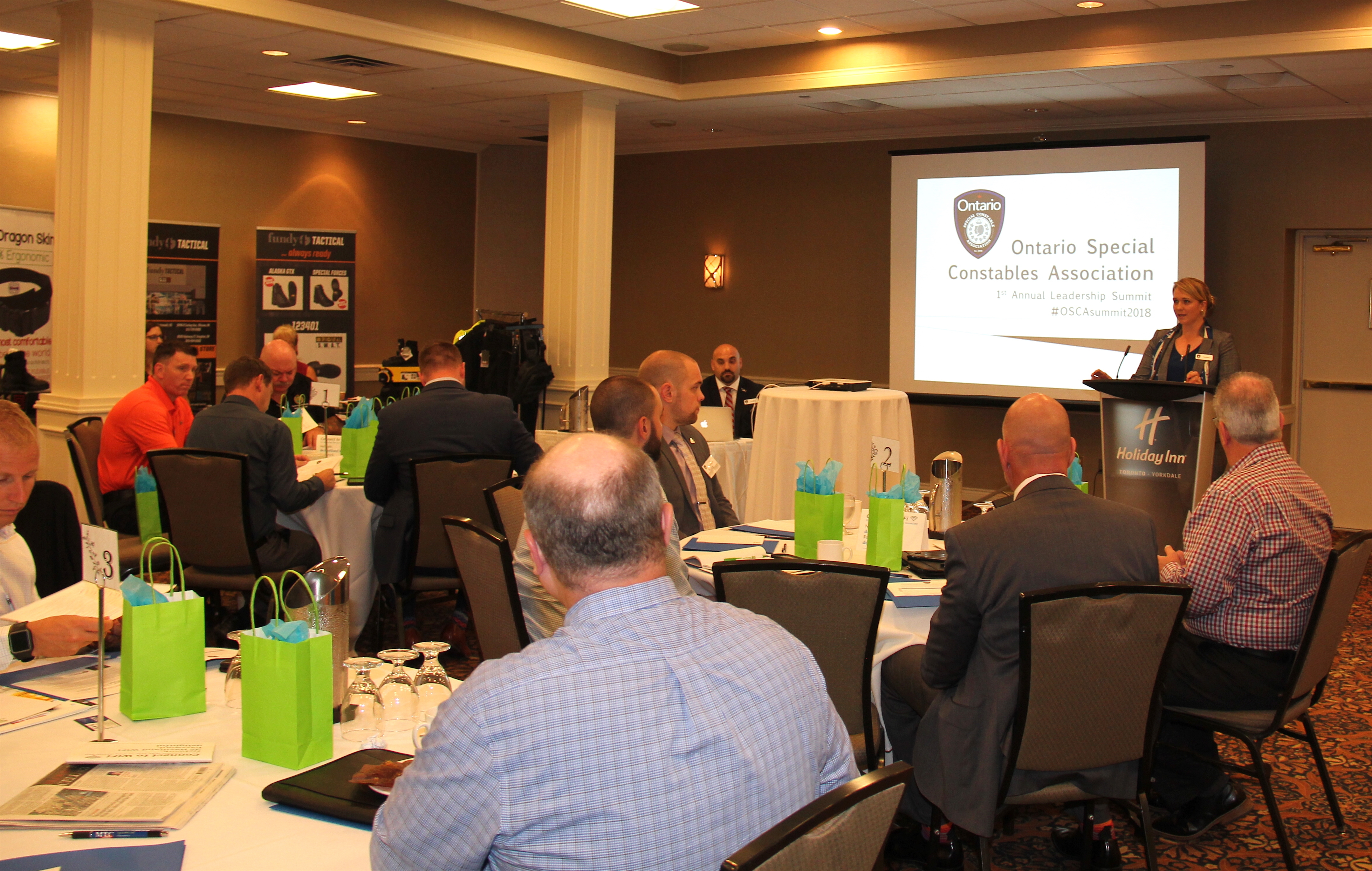 About 25 gathered for a full day discussing training opportunities, use of force, emergency vehicle status and more.

Speakers included William Curtis, executive officer of the Special Investigations Unit (SIU), William Rusk of Badge of Life Canada, Gerry McNeilly, with the Office of the Independent Police Review Director (OIPRD), and Mike Duffy with the Police Association of Ontario.

Interactive breakout sessions looked at what each organization is doing and brainstormed recommendations for Bill 175, the Safer Ontario Act, which was passed in legislature earlier this year and marks the first update to the Police Services Act in more than 25 years. Suggestions touched on standardization, mutual aid, jurisdictional challenges and removing the five-year renewals special constables have to undergo.

Bill 175 brings about increased responsibility for special constables thanks to a definition of “official.”

Changes that directly affect special constables can be found in the following section of the bill:

The summit is about “bringing everyone together into a single room,” said OSCA president David Moskowitz, in order to cement one collective voice.

Founded in 2008, OSCA was created to be “a medium through which special constables may share information, impart knowledge and build on the honour of their profession.”