The Ontario Human Rights Commission (OHRC) announced it has launched a public interest inquiry into racial profiling and racial discrimination by the Toronto Police Service (TPS). Using its legislated inquiry powers under section 31 of Ontario’s Human Rights Code, the OHRC says it has called for the TPS, the Toronto Police Services Board (TPSB) and the Special Investigations Unit to provide a wide range of data to determine exactly how and where racial profiling operates in law enforcement.

December 1, 2017  By Staff with files from The Canadian Press 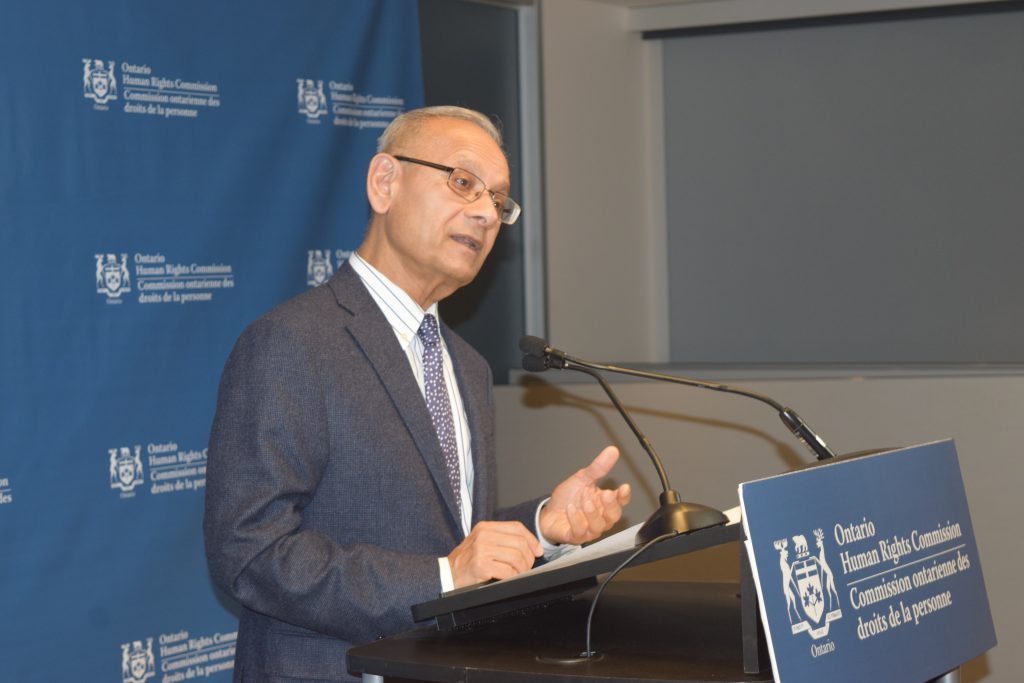 “Mistrust in police is not a new phenomenon but it is a growing one, “ said Renu Mandhane, OHRC’s chief commissioner, noting the community has waited more than 40 years to see progress in the elimination of racial profiling and it “can’t afford to wait any longer.”

Mandhane said the SIU has agreed to turn over a range of data but thus far Toronto police have not provided  the data requested. She urged the service to provide the information to the commission but would not rule out going to court to obtain a warrant to get the data.

The OHRC is inquiring into the practices and activities of the TPS between January 1, 2010, and June 30, 2017, to assess whether they are consistent with racial profiling and racial discrimination against the Black community, including in the areas of:

•    Stop and questioning practices
•    Use of force
•    Arrests and charges, and forms and conditions of release for various offence categories, including:
o simple drug possession
o obstructing or assaulting a police officer
o causing a disturbance
o failing to comply with a bail condition

The commission says it will also examine the TPS and TPSB’s culture, training, policies, procedures and accountability mechanisms relating to racial profiling and racial discrimination.

They will conduct research, retain experts, consult with key stakeholders, and receive information from affected individuals, interested groups and organizations (contact legal@ohrc.on.ca or 416-314-4547).

Toronto police spokesman Meaghan Gray said the service welcomes the inquiry by the commission and views it as a chance to improve community relations.

“We have been continually making changes to address issues of implicit bias in delivering police services,” Gray said in a statement. “The commission has been at the table throughout this process and we look forward to working with them again as we are always looking for ways to improve our relationship with the communities we serve.”

Gray disagreed, however, with the commission’s characterization of the force’s co-operation over the past five months, offering to share their correspondence with media. The service has offered office space and access to the raw data and documents to review, she said.

“Our discussions have included a detailed explanation about how a significant portion of the information they have requested is not readily available or not available in the form they seek,” she said. “In order to provide that information, the service would have to spend millions of dollars _ resources that have not been allocated for in our existing budget.”

Alok Mukherjee, former chair of the Toronto Police Services Board, said the force has historically been cautious about handing over data it gathers. The raw information required by the commission is in the possession of the police but it will require dedicated resources to produce answers, he said.

“There is a great deal of sensitivity in releasing data,” he said. “There is no hesitation in collecting data.”

The inquiry was welcomed by Black Lives Matter Toronto, which commended the human rights commission “for doing what so few provincial institutions are ready to do.”

Toronto Mayor John Tory said the city’s police services board will work with the commission on the inquiry.

“The vast majority of the men and women who serve in today’s Toronto Police Service do a good job keeping our city safe and wouldn’t as individuals even think about carrying out their duties in a manner which would include any element of discrimination or racial profiling,” he said in a statement.

“But I acknowledge that racial profiling still does exist. Even though considerable work has been done … more work is still needed to examine how we can improve police services policies and procedures that contribute to discrimination and racial profiling.”

Ontario Minister of Community Safety and Correctional Services Marie-France Lalonde said she cannot break the apparent impasse between commission and police service and urged them to work together to find a solution.

“A collaborative effort, a conversation, is key in all aspects of everything we do,” she said. “But I do not have the authority to make decisions in the operations of a police service.”

Charlene Tardiel, the community services executive officer with the Association of Black Law Enforcers (A.B.L.E.) attended the launch and said the organization supports the inquiry.

When questioned about why TPS was being singled out for this inquiry, Mandhane said the commission has a long history with the service and “well documented evidence of 40 years of community concerns and serious incidents.” Secondly, she said TPS, as the largest service in the country, would serve as a “real foundation from which to move forward” if solutions can be posed from this endeavour and data collection.

“We feel this service has the resources to provide us with the data,” she added.

“Now is the time to pinpoint the problem areas, and do something about them,” Mandhane said. “Ultimately, there is no trust without truth.”