Blue Line travelled to Halifax, N.S., earlier this month to take in insight from leaders in policing across the country as well as new technology on the bustling show floor at the Canadian Association of Chiefs of Police’s (CACP) Annual Conference, featuring the theme: “Policing in an ever-changing world.” 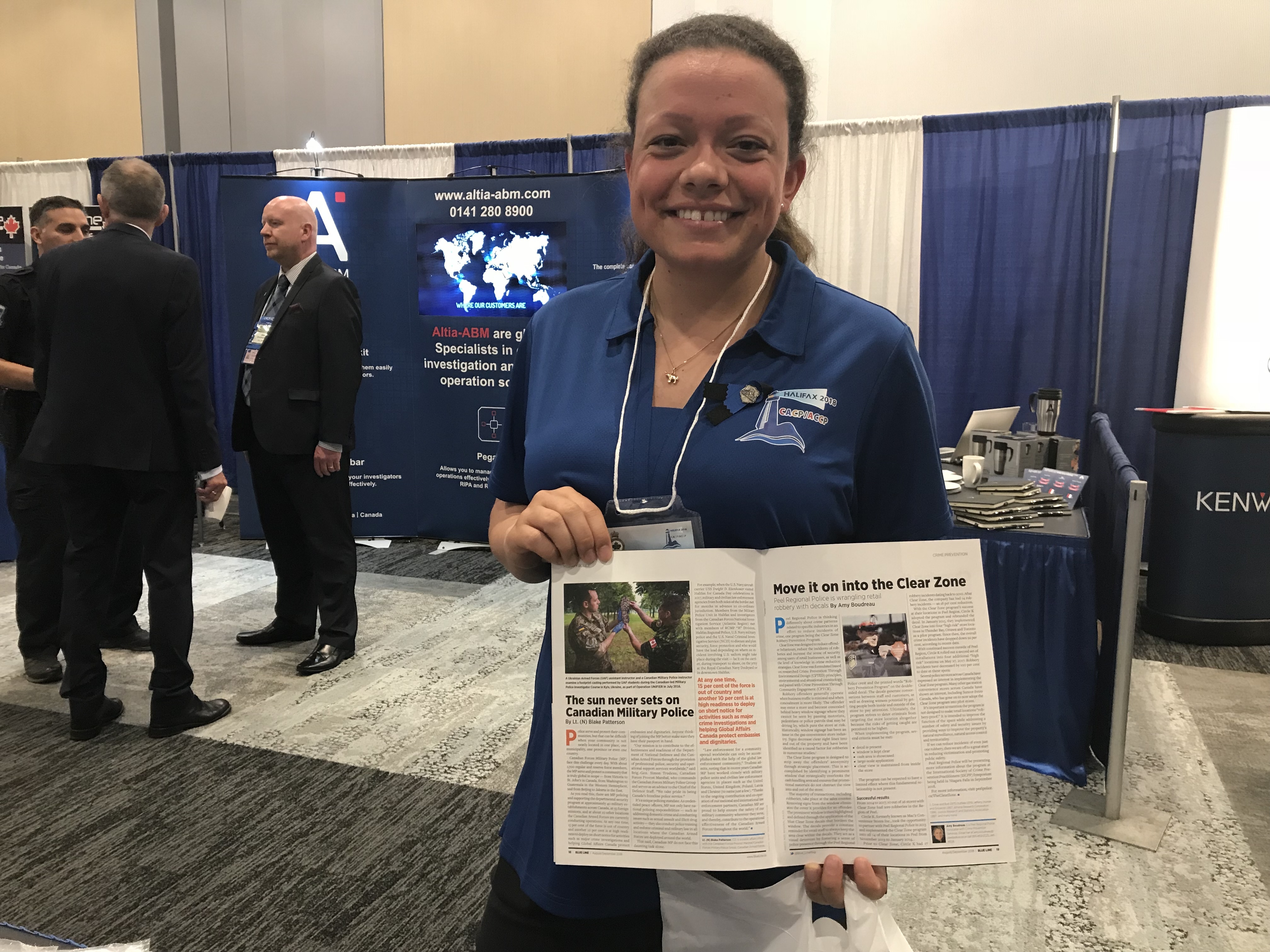 Halifax Regional Police Chief Jean Michel Blais stopped by the Blue Line booth for quick video chat about the conference as well as what is going on with the integrated law enforcement approach in Halifax.

(See our August/September cover story for more on that unique model.)

“…These are issues that are affecting all Canadian police services — the tumultuous environmental changes going on,” Blais told us. “And when I say environment, I’m not just talking about the ecological side of things but the policing environment, the demographical environment, the political environment. A lot of these things are driven from outside Halifax, outside Nova Scotia, outside of even Canada — particularly the United States and what’s going on there. As we saw many years ago, what happens there, matter here. That’s the biggest challenge.”

The 113th conference also celebrated the launch of new online training on cannabis legislation for all Canadian police officers, in both official languages, thanks to the RCMP, in partnership with CACP and the Canadian Police Knowledge Network (CPKN).

The online course, entitled Introduction to Cannabis Legislation, is now available at no cost to all Canadian police services in Canada on the CPKN portal. The goal of this training is to inform and educate police officers in Canada on how to consistently apply the new laws surrounding cannabis.

Sessions throughout the conference touched on cannabis regulation, the opioid crisis, cryptocurrency, how technology is helping fight domestic violence and reducing court times, use of force training, improving road safety and building a targeted mental wellness program for high-risk units.

Vancouver Police Department Chief Constable Adam Palmer was also announced as the new president of the CACP, taking the reins from Mario Harel.

Also to note, the chiefs passed a resolution urging the Trudeau government to negotiate an updated sharing agreement with the U.S., stating:

“Many criminal investigations require access to electronic evidence that is stored in other jurisdictions, including the Cloud, and cross-border access is one of the most pressing issues for law enforcement around the globe, particularly in the areas of sexual exploitation of children, fraud, cyber-terrorism and organized crime.”

They added that the current procedure presents “challenges in terms of the voluntary collaboration of service providers, co-operation between police forces, the implementation of certain investigative techniques and the effective implementation of international mutual legal assistance in criminal matters.”

The association also passed a resolution urging Public Safety Canada to further amend the “Controlled Drugs and Substances Act to comprehensively vet persons importing pill presses, have them specify the intended use and to regulate their domestic sale.” They stated the illicit use of pill presses has increased the availability of street drugs containing synthetic opioids such as fentanyl.

Click here for more of the resolutions adopted in Halifax.

Next year’s CACP will take place in Calgary, Alta. See you there!