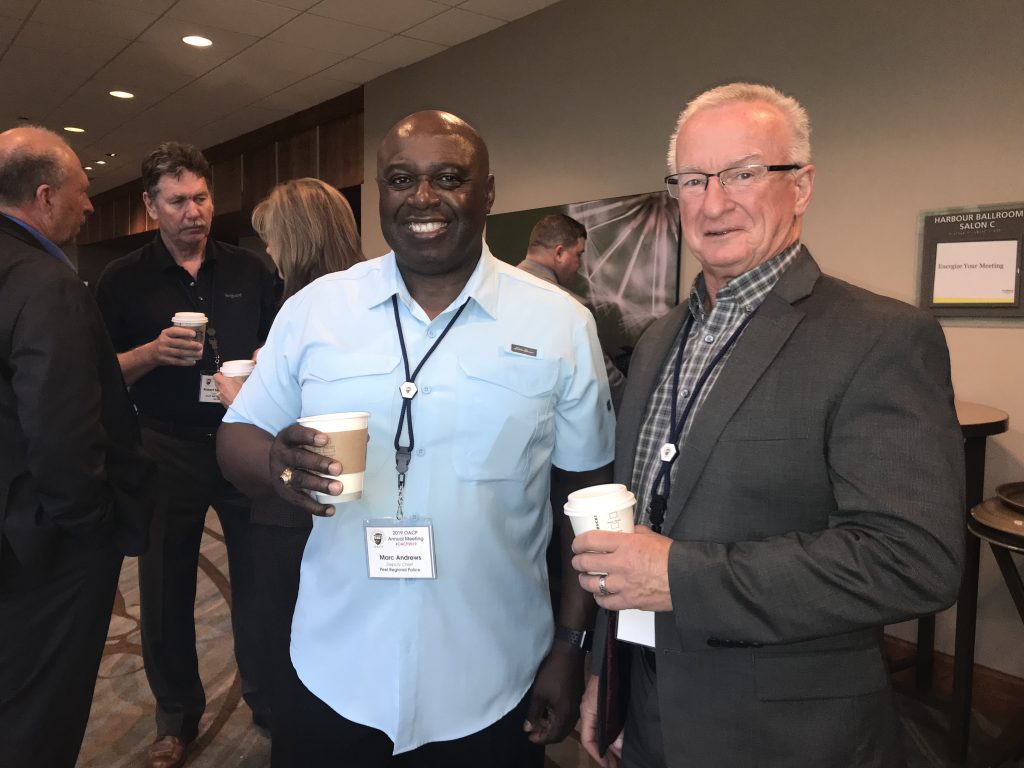 The Ontario Association of Chiefs of Police (OACP) hosted its annual general meeting downtown Toronto earlier this week and presented education sessions on the opioids crisis, lessons from the Humboldt major incident, organizational wellness and more, as well as announced a new executive.

Chief Paul Pedersen of the Greater Sudbury Police Service has now been sworn-in as president of the OACP, succeeding Chief Kimberley Greenwood of the Barrie Police Service. Chief Greenwood remains on the board as past-resident and CACP director.

Also elected as members of the 2019-2020 Board of Directors Executive:

“Our board is committed to making a difference and to caring deeply about our province, our people, and our profession,” Pedersen said in a news release. “These are challenging times for

policing. We are faced with doing more, taking on more, being responsible for

more while doing so with less. Issues around recruiting, training, and retaining

the best people to our profession will continue to be a priority for the OACP.”

As for the rest of the annual general meeting, former NHL player Jay Harrison, now of Game Change Athlete Development Services, stopped by to chat with the group about executing a behavioural analytics strategy for police organizations and the steps to recruiting for resilience.

“There’s lot of ways we can look at high-performer individuals,” Harrison said. “High performers fundamentally have a different relationship with what they do.”

Tom Blake, the chairman of Sprout, noted how the wellness market is only continuing to grow.

Individuals are now demanding wellness, he said, and the traditional wellbeing offerings are not working because they are not tailored, not prevention-focused and/or not providing insights. Including technology is wellness is absolutely critical, according to Blake.

“You have an opportunity to do this together as an association for all the agencies,” he said. “Gamification is big, so have the departments, agencies compete against each other. Make it meaningful gamification.”

Blake noted an optimal wellness strategy also has to be user friendly, have rewards that matter and a seamless activity tracking component, among others.

“People have to change. The leaders have to make that happen,” Blake concluded.

Sgt. Dan Donison and Staff Sgt. Murray Chamberlin, both of the Saskatchewan RCMP, had the room completely gripped with their presentation on “Humboldt: Leadership Lessons From a Major Crisis.”

They thoroughly and honestly covered their process through the complex investigation of the Humboldt Broncos bus crash that happened on April 6, 2018, killing 16 people and injuring 13 after the hockey bus and a semi-trailer truck collided. They noted the intense media pressure and areas where they could have done better, as well as where they achieved positive results, such as booking the entire sole hotel in the small town where the court proceedings occurred so the media could not pester them.

“If you have an accident that involves children and the families are within driving distances…those families will be coming right away. So, have a plan,” Chamerlin said.

Garis explained how Surrey Fire Service developed a business intelligence crowdsourcing tool to identify the time, location and details of overdose incidents happening in clusters within close proximity of each other.

“The Overdose Cluster Analysis Application is based on fire incident data that is a real-time, data-driven response to addressing the opioid crisis in Surrey, B.C.,” he said. “The application can identify clusters of four incidents occurring within a one-kilometer distance over a four-hour period.”

With this application, emergency responses are faster and more effectively targeted, Garis continued, and police can actively respond to drug trafficking.

“B.C. police forces are working on a similar tool to alert real-time sudden deaths,” he noted.

Garis also pointed to a case study from Huntington, Va., known as “the overdose capital of America,” where a program called “Second Responder” has helped reduce overdose deaths by 50 per cent.

The Second Responder program consists of subsequent visits of emergency responders to the same location where an overdose incident occurred.

“There’s no question this is the most significant health problem we’ve had in Canada for years,” Huyer added. “The Opioid Mortality Surveillance Report was released in June 2019… There was minimal pickup in media. Are we getting complacent with this?”

Tod detailed his background handling the OxyContin healthcare crisis, saying the difference is today we have analytics to help.

For more from the conference, visit www.oacp.on.ca. 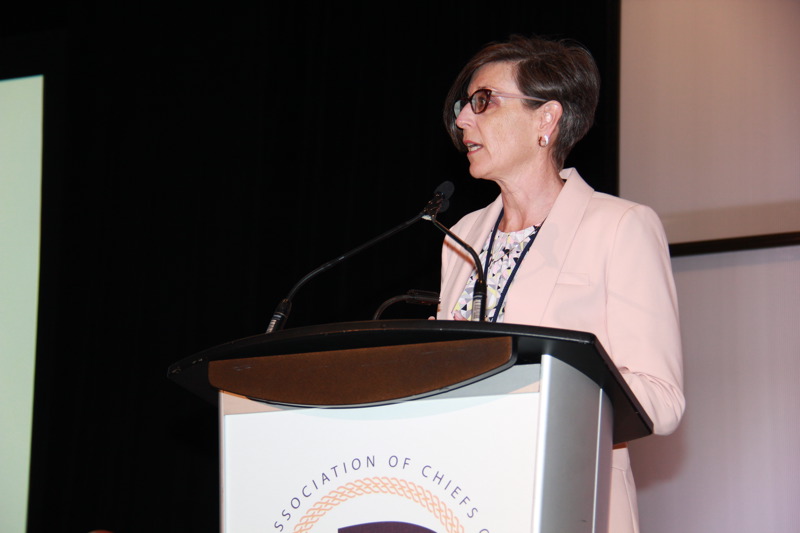 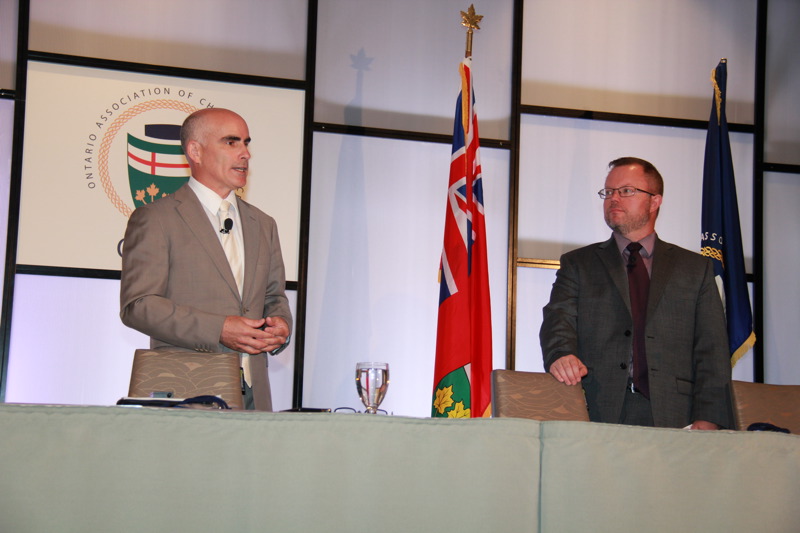 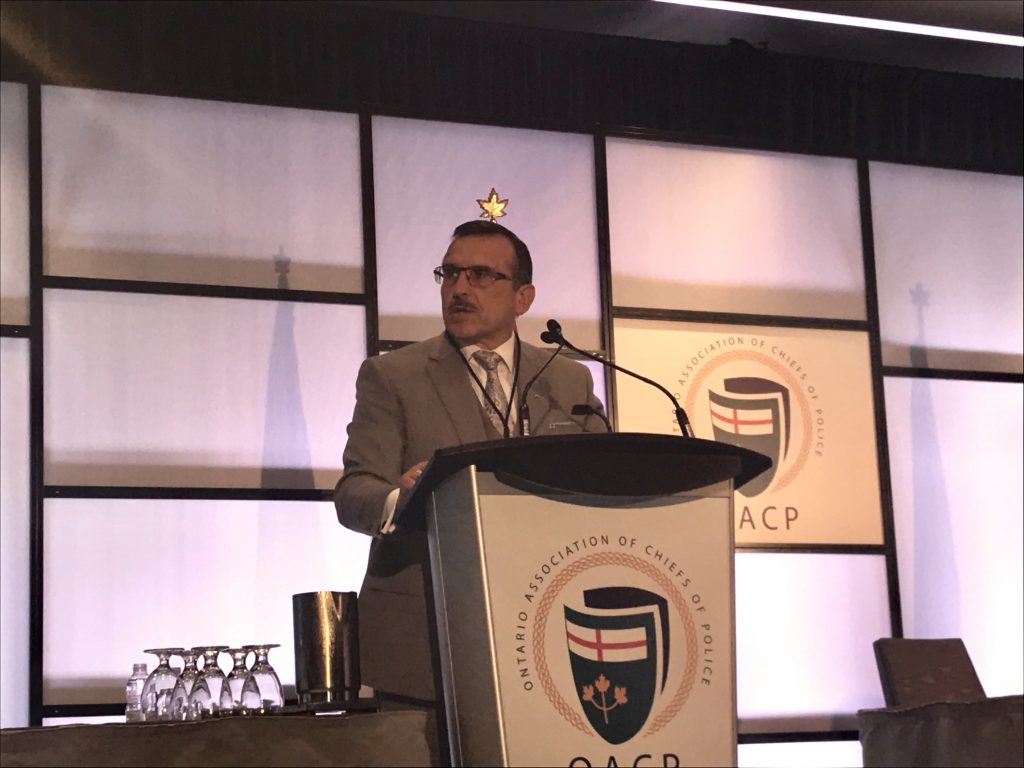 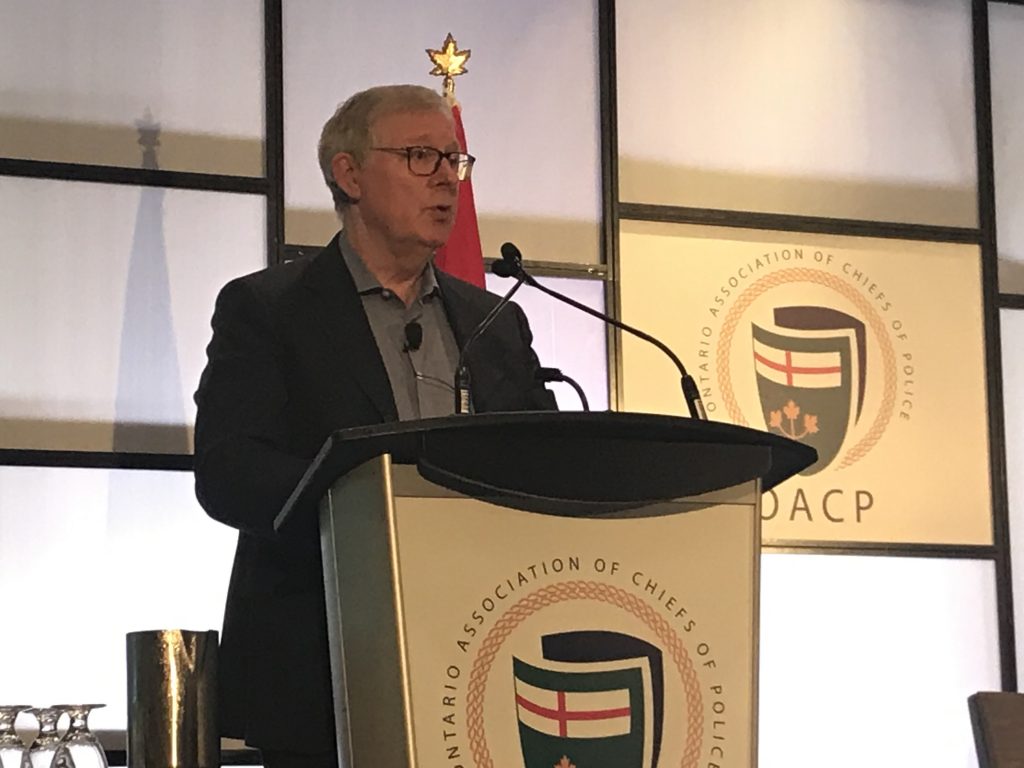 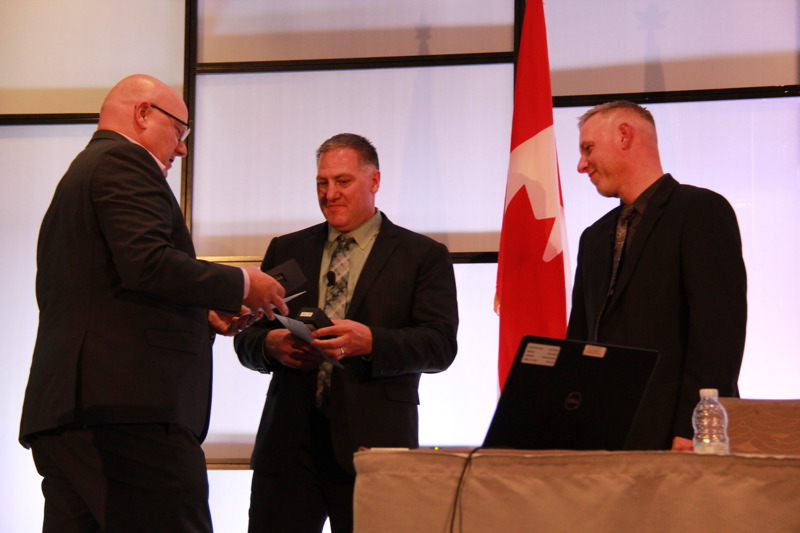 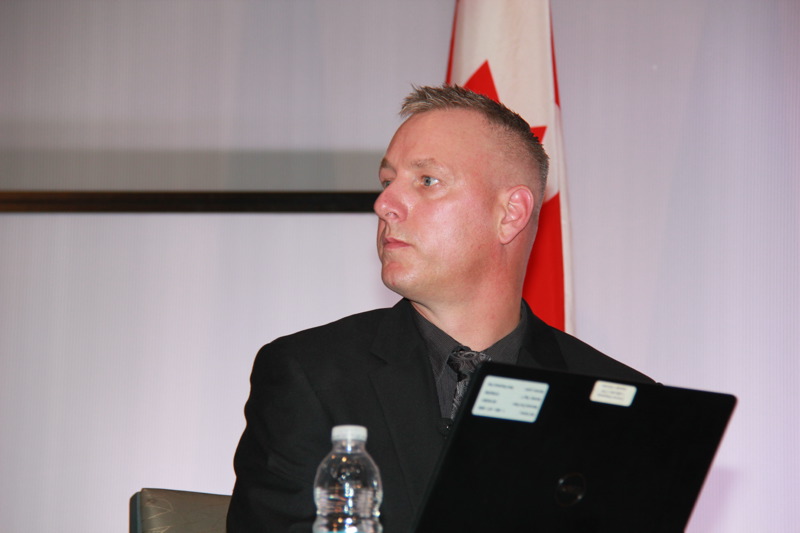 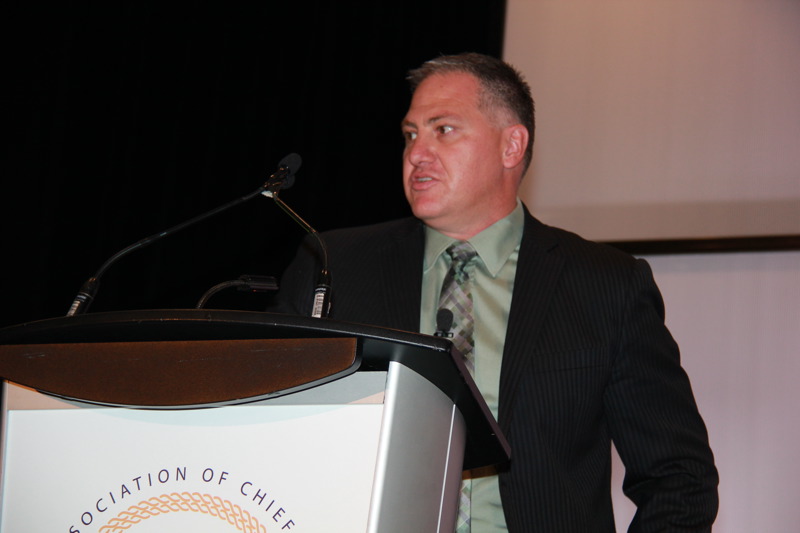 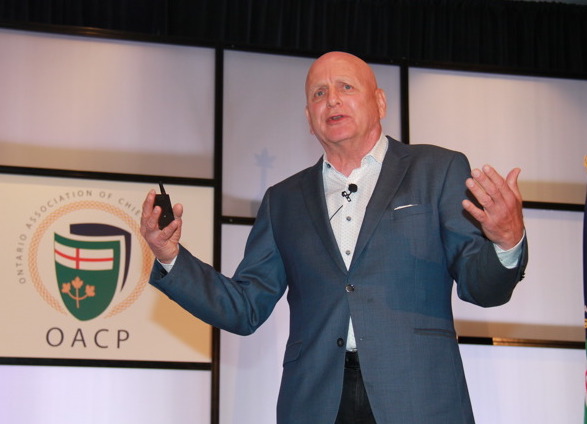 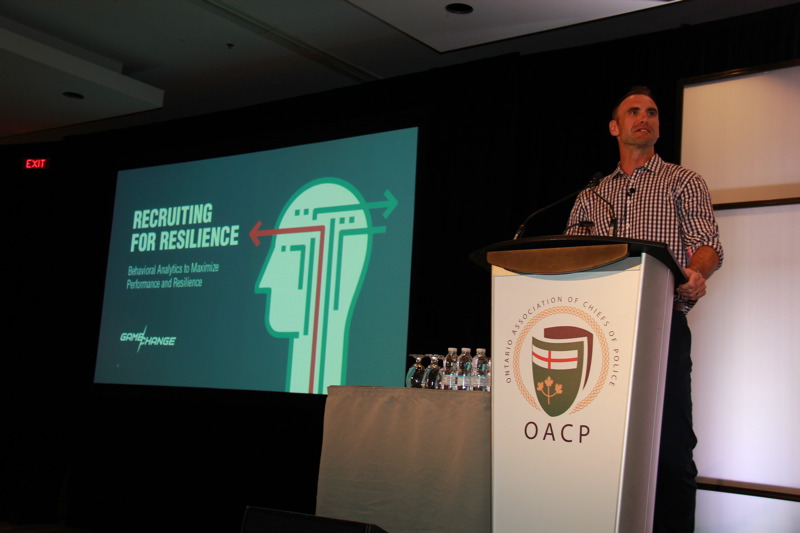 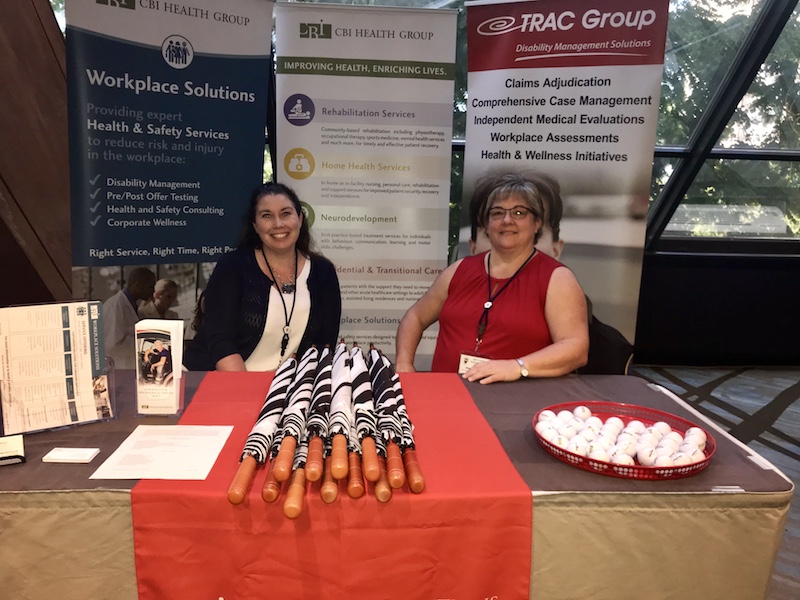 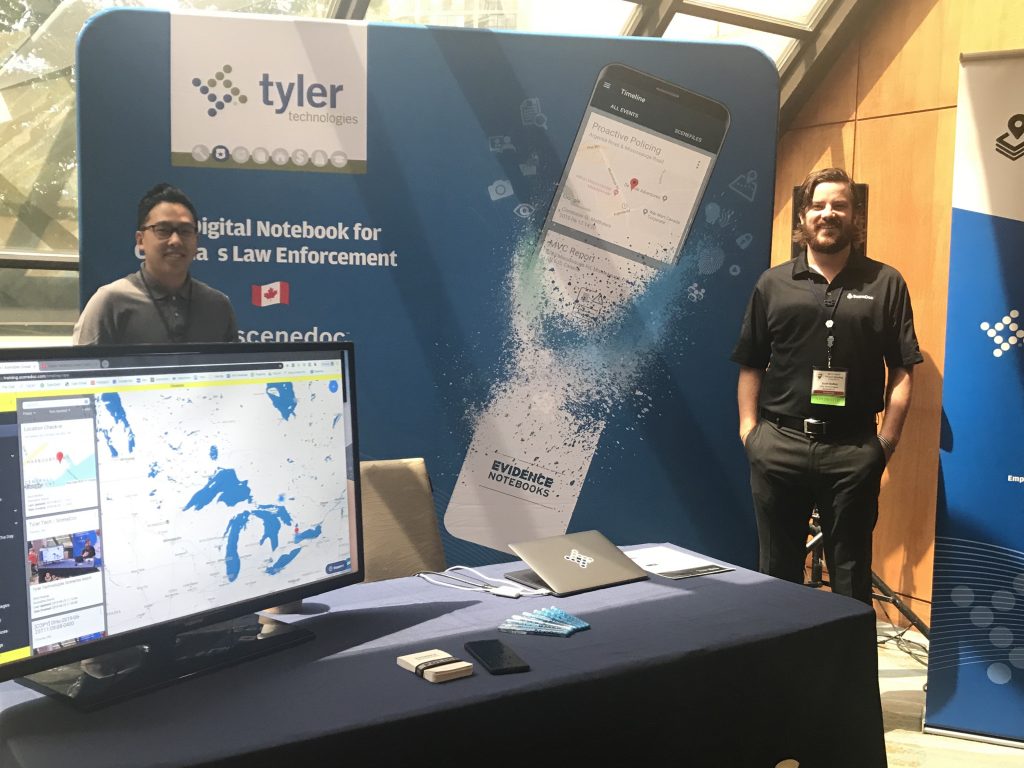 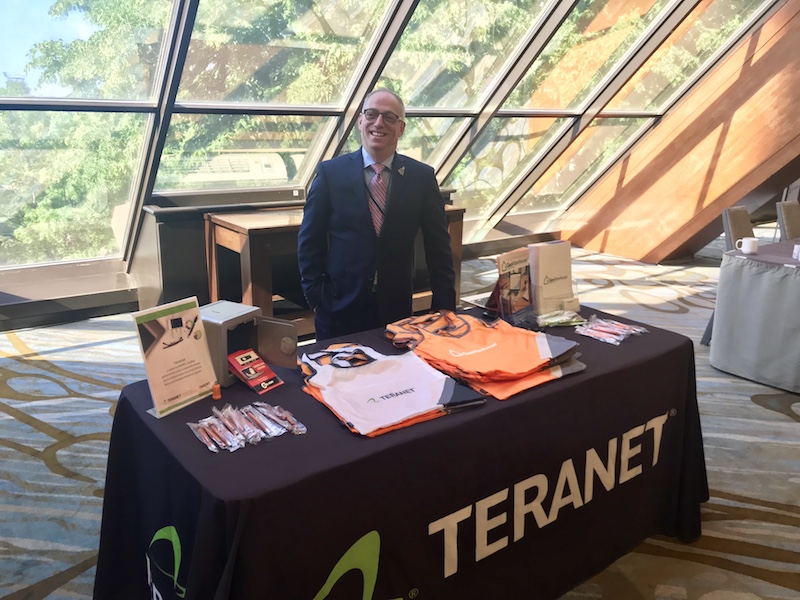 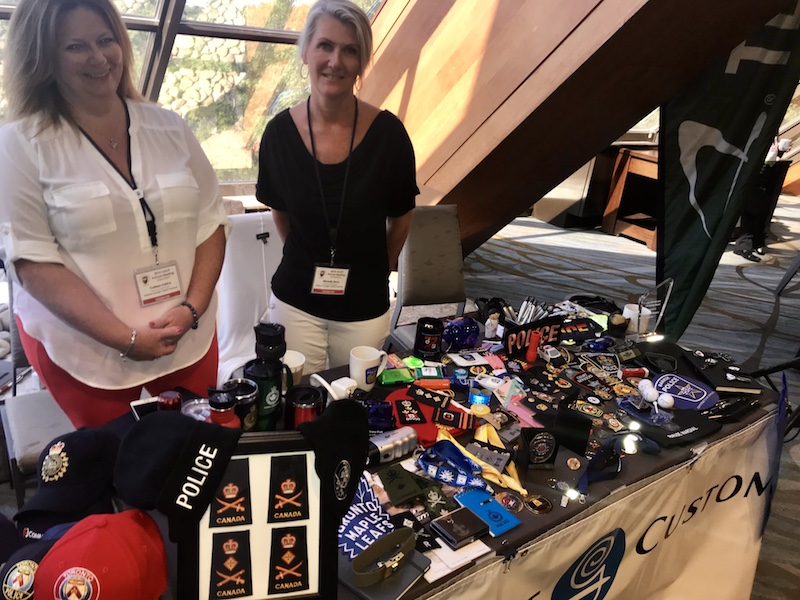 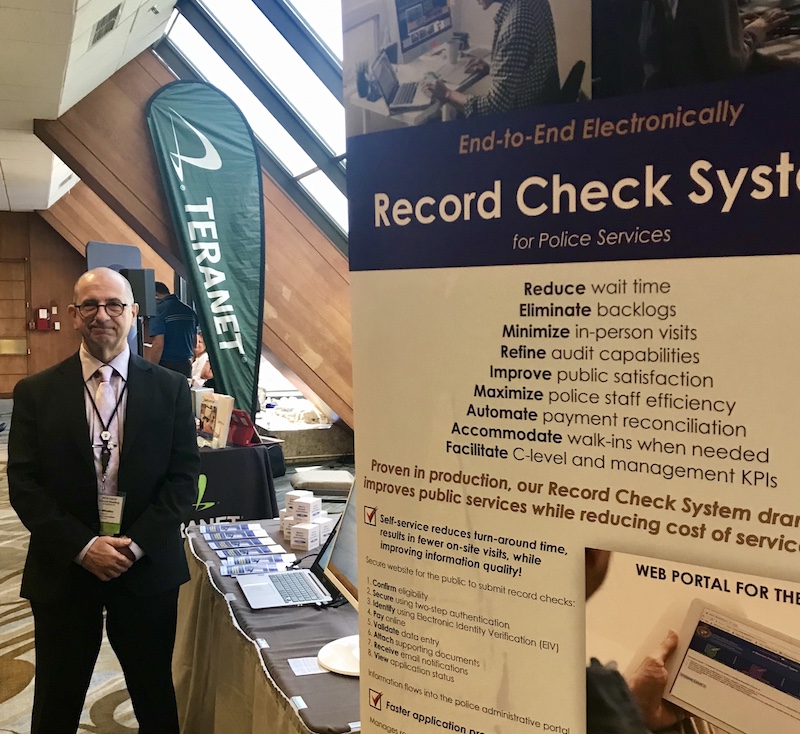 Related
PM says work to address opioids is a priority as Hamilton sees spike
Chief Jennifer Evans takes 2018 OACP President’s Award of Merit
The chances of surviving an overdose may depend on where person lives: advocate
‘It still knocks you down:’ First responders reflect on Humboldt Broncos crash