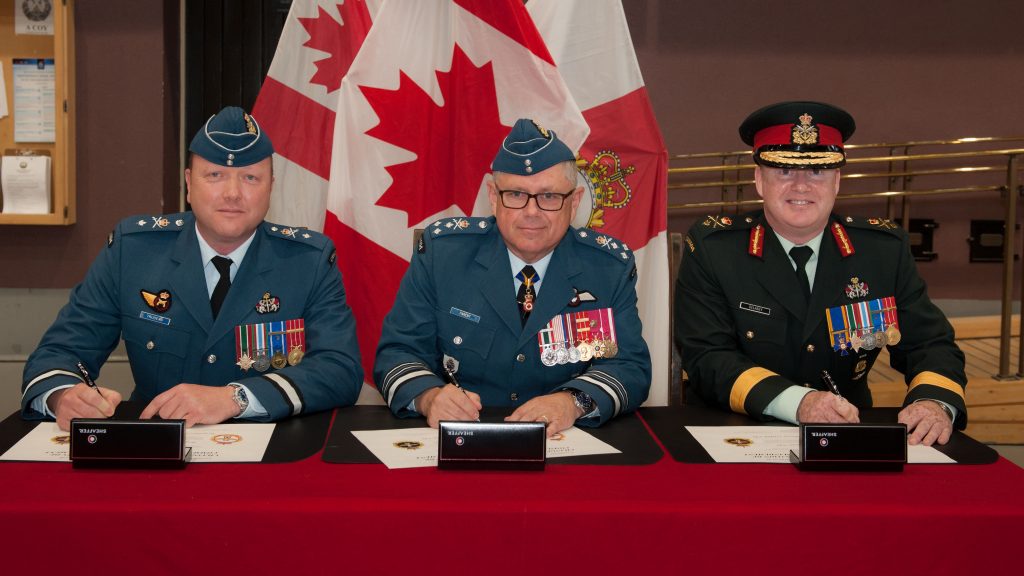 “We expect all Canadian Armed Forces members to serve with honour and fulfil their missions, but the expectation of trust is highest when considering the role of the Military Police who protect military communities – the foundation of our effectiveness and readiness as a fighting force,” Parent said. “Brig.-Gen. Delaney has exemplified this trust during his five years as Canadian Forces Provost Marshall and I am confident that Brig.-Gen. Trudeau will continue to lead the Military Police Group with the same passion and dedication.”

Brig.-Gen. Simon Trudeau enrolled in the Canadian Armed Forces in 1988 and began his military police career following graduation from the College Militaire Royal de Saint-Jean in 1992. He has held numerous leadership positions across various functions, including operational deployments in Bosnia-Herzegovina in 1997 and Afghanistan in 2002. Prior to this appointment as he was deputy commander of the Canadian Forces Military Police Group.

Canadian Forces Military Police provide a variety of operational, law enforcement, investigative and security services at military establishments across Canada and throughout the world, wherever members of the Canadian Armed Forces serve.

The Canadian Forces Military Police Group is a professional police service. Its members are credentialed police officers within NATO and the Canadian police community.