Police serve and protect their communities, but that can be difficult when your community is not neatly located in one place, one municipality, one province or even one country. 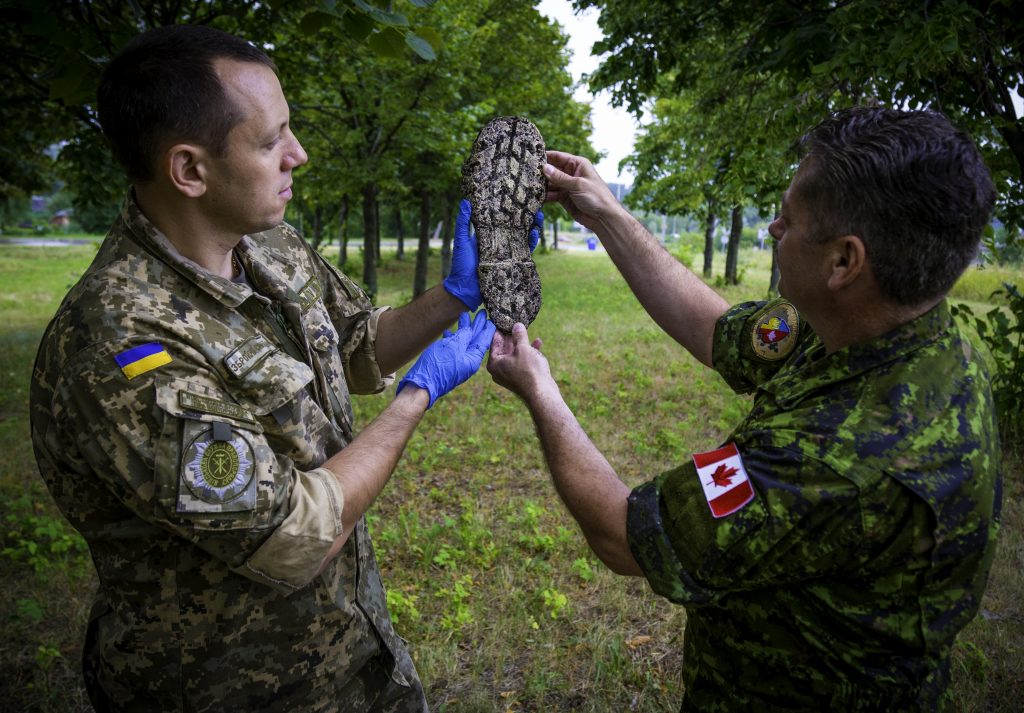 Canadian Forces Military Police (MP) face this challenge every day. With about 1,700 regular and reserve force members, the MP serve and protect a community that is truly global in scope — from Victoria to St. John’s in Canada, from Washington to Guatemala in the Western Hemisphere, and from Beijing to Jakarta in the East.

As you read this, there are MP policing and supporting the departmental security program at approximately 40 military establishments across Canada, at 55 foreign missions, and at about 10 other locations the Canadian Armed Forces are currently conducting operations. At any one time, 15 per cent of the force is out of country and another 10 per cent is at high readiness to deploy on short notice for activities such as major crime investigations and helping Global Affairs Canada protect embassies and dignitaries. Anyone thinking of joining the MP better make sure they have their passport in hand.

“Our mission is to contribute to the effectiveness and readiness of the Department of National Defence and the Canadian Armed Forces through the provision of professional police, security and operational support services worldwide,” said Brig.-Gen. Simon Trudeau, Canadian Forces Provost Marshal, who commands the Canadian Forces Military Police Group and serves as an advisor to the Chief of the Defence Staff. “We take pride in being Canada’s frontline police service.”

It’s a unique policing mandate. As credentialed peace officers, MP not only have national policing responsibilities — such as addressing domestic crime and combatting issues such as sexual assault and illicit drug activity — they also conduct police training and enforce criminal and military law in all locations where the Canadian Armed Forces are deployed around the world.

That said, Canadian MP do not face this daunting task alone.

For example, when the U.S. Navy aircraft carrier USS Dwight D. Eisenhower visited Halifax for Canada Day celebrations in 2017, military and civilian law enforcement agencies from both sides of the border met for months in advance to co-ordinate jurisdiction. Members from the Military Police Unit in Halifax and investigators from the Canadian Forces National Investigation Service (Atlantic Region) met with members of RCMP “H” Division, Halifax Regional Police, U.S. Navy military police and the U.S. Naval Criminal Investigative Service (NCIS) to discuss and plan security, force protection and who would have the lead depending on where an incident involving U.S. sailors might take place during the visit — be it on the carrier, during transport to shore, on the jetty at the Royal Canadian Navy Dockyard or in downtown Halifax.

“Law enforcement for a community spread worldwide can only be accomplished with the help of the global law enforcement community,” Trudeau admits, noting that in recent years Canadian MP have worked closely with military police units and civilian law enforcement agencies in places such as the United States, United Kingdom, Poland, Latvia and Ukraine (to name just a few). “Thanks to the ongoing contribution and co-operation of our national and international law enforcement partners, Canadian MP are proud to help ensure the safety of our military community wherever they serve, and thereby, contribute to the operational effectiveness of the Canadian Armed Forces throughout the world.”