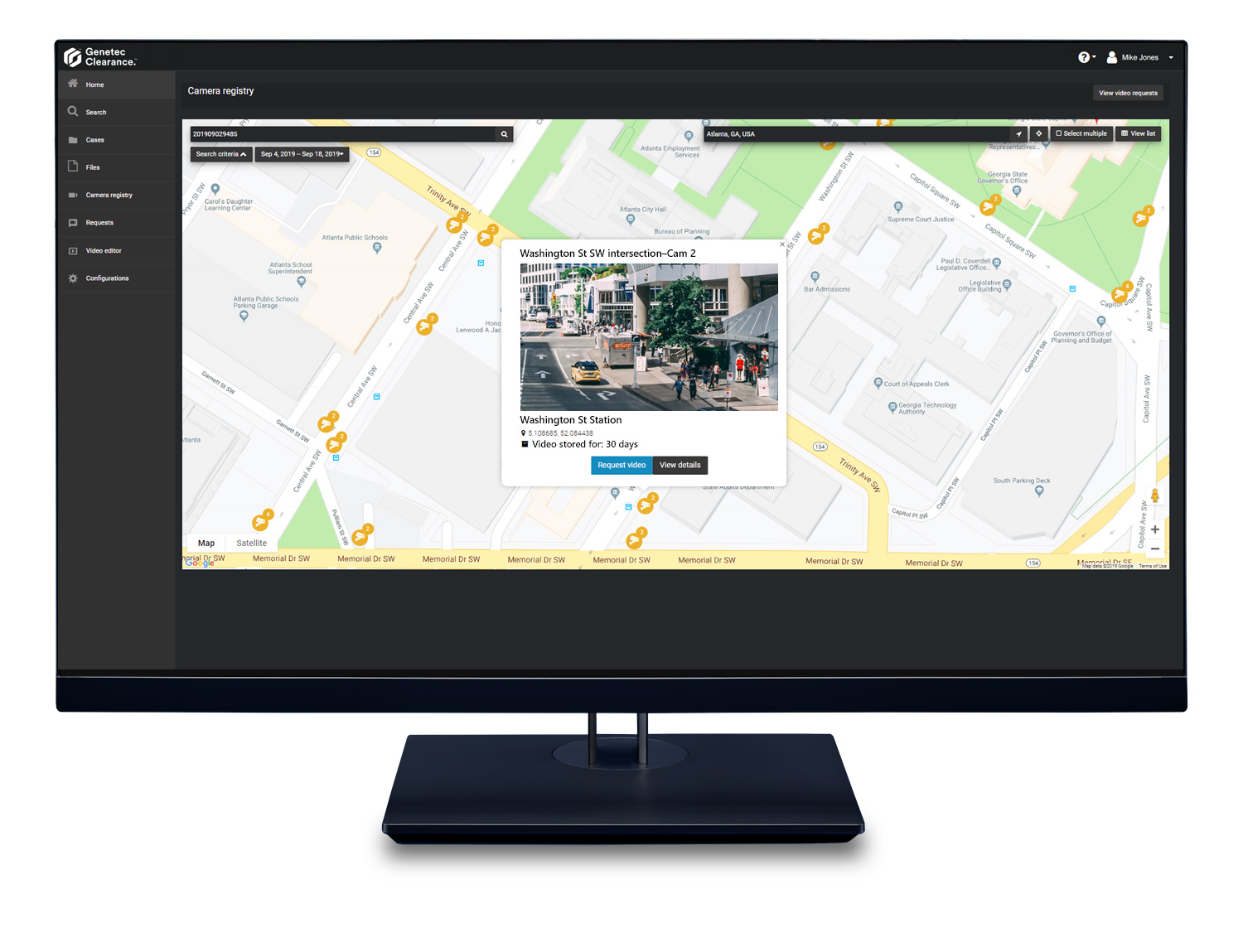 “Video evidence is an invaluable tool to help investigators review events and solve crimes. However, the process of retrieving recorded evidence from surveillance cameras deployed by cities and private businesses located nearby an incident is cumbersome and time-consuming. This can lead to delays in an investigation and increase the risk of evidence being missed,” the company stated.

“The Genetec Clearance camera registry allows organizations to reduce the time to fulfill access requests and share video evidence between stakeholders operating across different systems, departments, and jurisdictions,” said Erick Ceresato, Genetec product manager. “The technology allows organizations to maximize the use of their staffing and provides investigators faster access to evidence to help enhance their response, and focus on public safety within their communities.”

The new camera registry module in Genetec Clearance “simplifies the video request process and improves collaboration between businesses and public safety agencies.” Organizations can share a registry of the cameras they’ve deployed—including surveillance cameras, body cameras, and on-board recorders from different manufacturers—to allow authorized users to identify cameras of interest and request video to assist in an investigation.

The ability for administrators to customize request forms and their required approval workflow also ensures protocols are followed when releasing video to a requesting party, Genetec added. “Once a request is approved, encrypted recordings can automatically be sent to an authorized investigation, while also maintaining the chain of evidence. Genetec Clearance supports a variety of video codecs, so recipients can easily review recordings from a web browser without having to download and install a separate video player.”