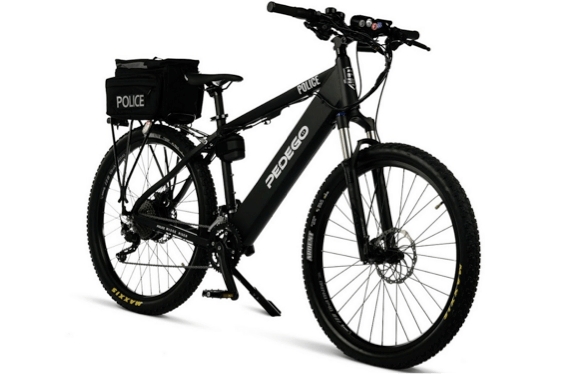 “With the Pedego Patroller, local agencies can quickly boost community relations and the efficiency of their response teams,” said Ryan Maccione, Pedego’s director of store development and fleet solutions, who has more than 20 years’ experience providing alternative transportation to law enforcement agencies for Harley-Davidson and Segway.

Lt. Terry Blake said, “Our Pedego bikes enable us to get closer to the people in our community and engage both kids and adults in conversations about the bikes. Having electric bikes has enhanced our crime prevention, particularly in the summer when our beach community gets a lot of visitors.”

The Newport Beach Police Department in Orange County, Calif., was the first police department to utilize Pedego electric bikes for patrols. Its bikes can go where police cars and motorcycles can’t and enables officers to “cover further distances than traditional bikes, particularly during high-traffic spring and summer months when the population doubles.”

The Pedego Patroller bike’s features include:

Even police departments with active bicycle units will notice improved performance in overall safety and security by adding the Pedego Patroller to their fleets.