The University of Phoenix has released the findings from its 2017 survey on first responder mental health, which surveyed 2,000 American adults who are employed as firefighters, police officers, EMT/paramedics and nurses. The survey not only revealed that a high percentage of first responders are dealing with traumatic events in their line of work, but also that many are also experiencing negative mental health symptoms. 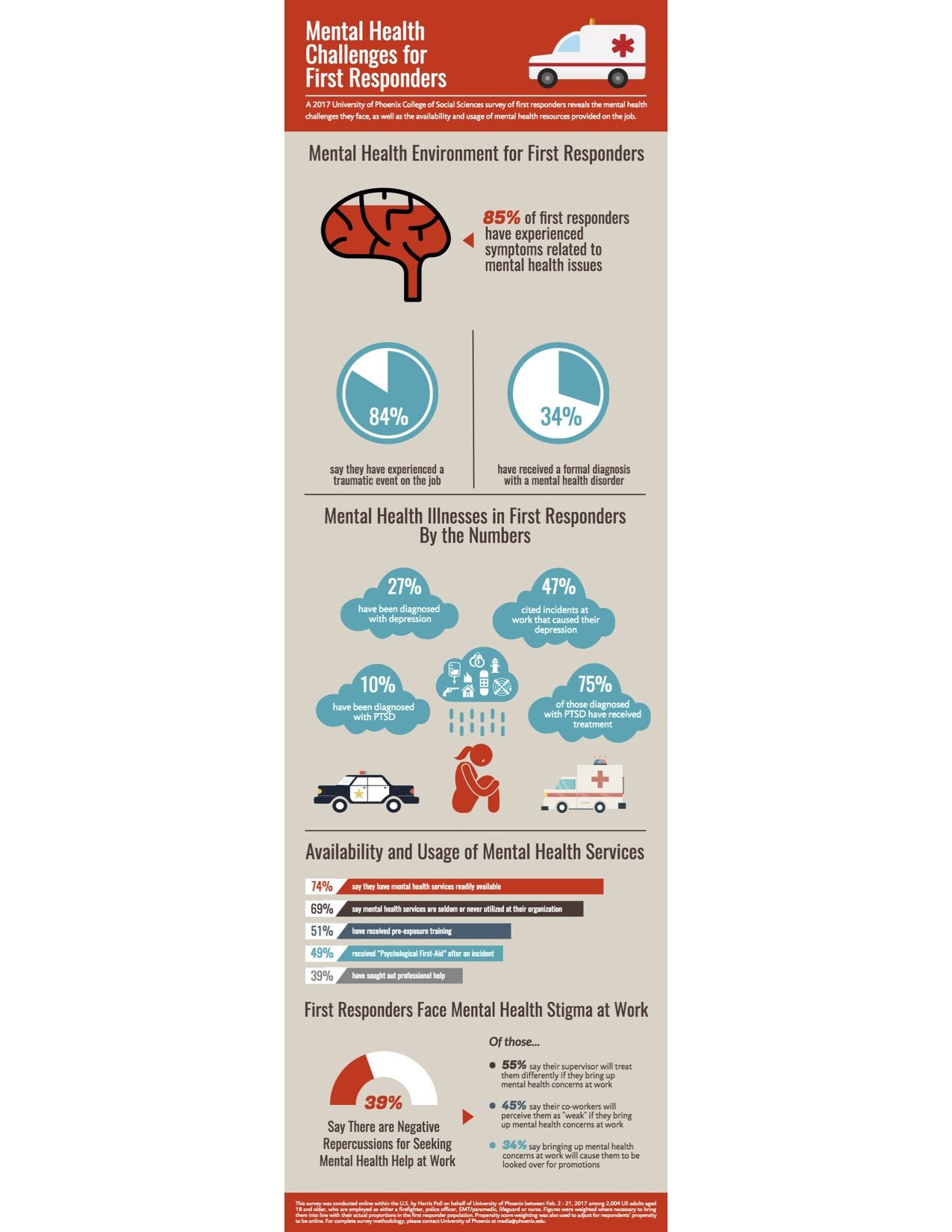 The findings show that while approximately half of first responders have participated in pre-exposure mental health training, the majority report that mental health services are rarely used at their organization. Data show there are resources available to first responders, but stigmas associated with mental health may be keeping them from getting the help they need.

Here is more data from the survey:

The majority of first responders (85 per cent) have experienced symptoms related to mental health issues.

It’s not surprising that the vast majority of first responders reported these symptoms, considering 84 percent have experienced a traumatic event on the job. Additionally, a third (34 percent) have received a formal mental health disorder diagnosis, like depression or PTSD.

For those that say they have been diagnosed with depression, nearly half cited incidents at work as a contributing cause.

The survey revealed that there are stigmas associated with seeking mental health help on the job. Of those that say there are negative repercussions for seeking mental help at work, the majority feel their supervisor will treat them differently. Other concerns are co-workers perceiving them as “weak” or resulting in them being passed over for promotions.

This survey was conducted online within the U.S. by Harris Poll on behalf of University of Phoenix between Feb. 2-21, 2017 among 2,004 adults aged 18 and older.