A team of researchers with the Canadian Institute for Public Safety Research and Treatment released results from a national study on the mental health of public safety personnel recently, finding more reports of anxiety, depression and post-traumatic stress disorder than previous research pointed to. 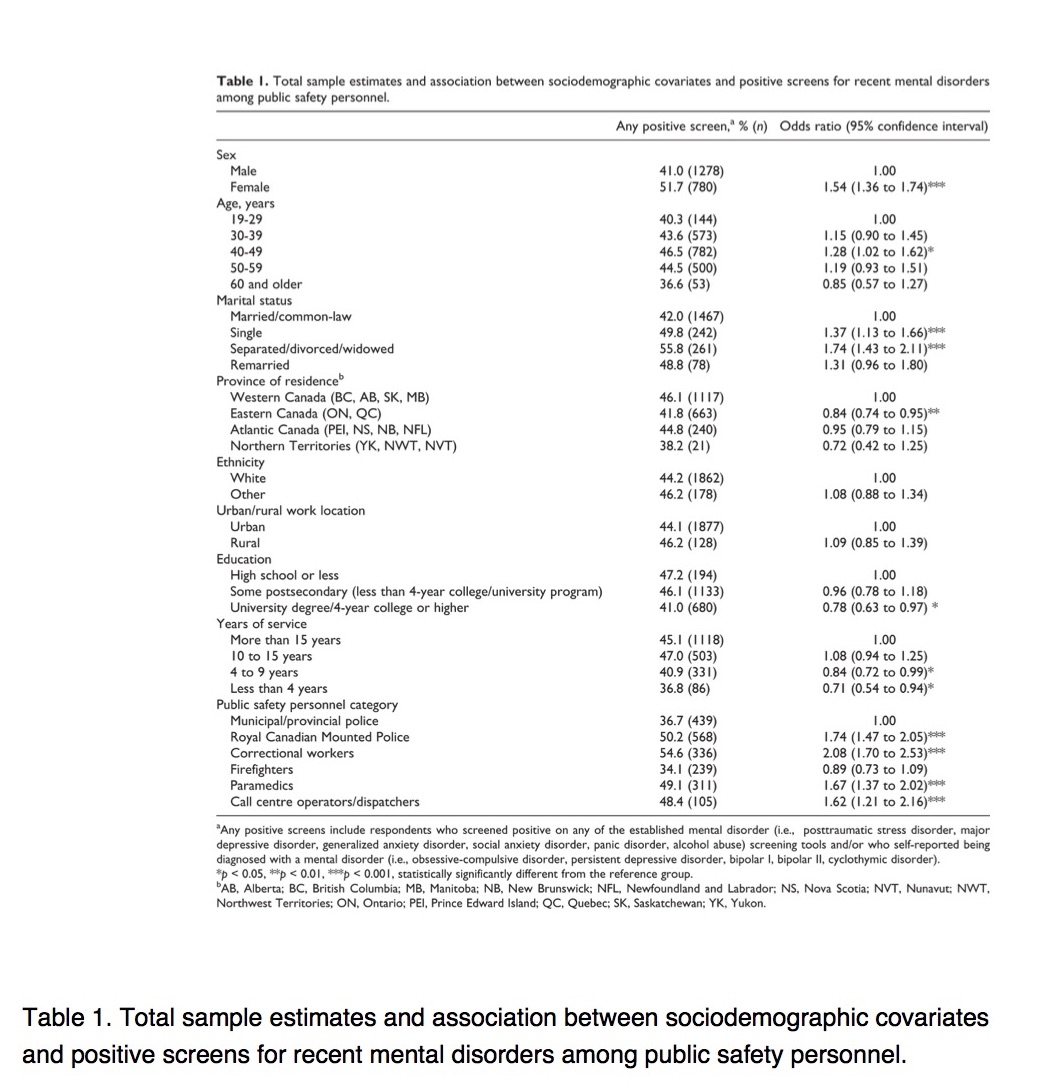 “Substantial proportions of our survey participants self-reported symptoms consistent with one or more mental disorders, proportions that appear much higher than have been found in previous research with the general public,” Carleton says. “This includes a significant number of respondents who reported symptoms of anxiety, depression and post-traumatic stress disorder.”

Other results indicate:
• Women may be more likely than men to report clinically significant symptoms,
• Those living in Ontario or Quebec may be less likely to report symptoms than those living in Western Canada, and,
• Municipal and provincial police and firefighters may be reporting fewer symptoms than other public safety personnel.

Funded in part by Public Safety Canada, the survey engaged nearly 9,000 people and was completed by about  6,000.

“While the results of this research are troubling, the increased reporting among public safety officers is a sign of progress in reducing the stigma associated with post-traumatic stress injuries in public safety officers. This research will help inform our next steps in developing a coordinated action plan to address this issue,” says Public Safety Minister Ralph Goodale. “The Government of Canada is pleased to continue to support the research of the University of Regina and its research partners on this issue and I look forward to working with all levels of government and leaders in the public safety community to advance this important work.”

“This money,” says Carleton, “will allow us to perform a deeper dive and find out even more about the prevalence of mental health issues of our first responders and other public safety personnel.”

Another next step for the research team, says Carleton, is a September 2017 release of an on-line anonymous tool specifically for public safety personnel to self-screen, offering an indication of whether they might benefit from professional attention.