Law enforcement officers, firefighters, paramedics and military vets as well as serving CAF members are all encouraged to sign up for the inaugural Rolling Barrage 2017, a cross-country motorcycle ride kicking off August 5. 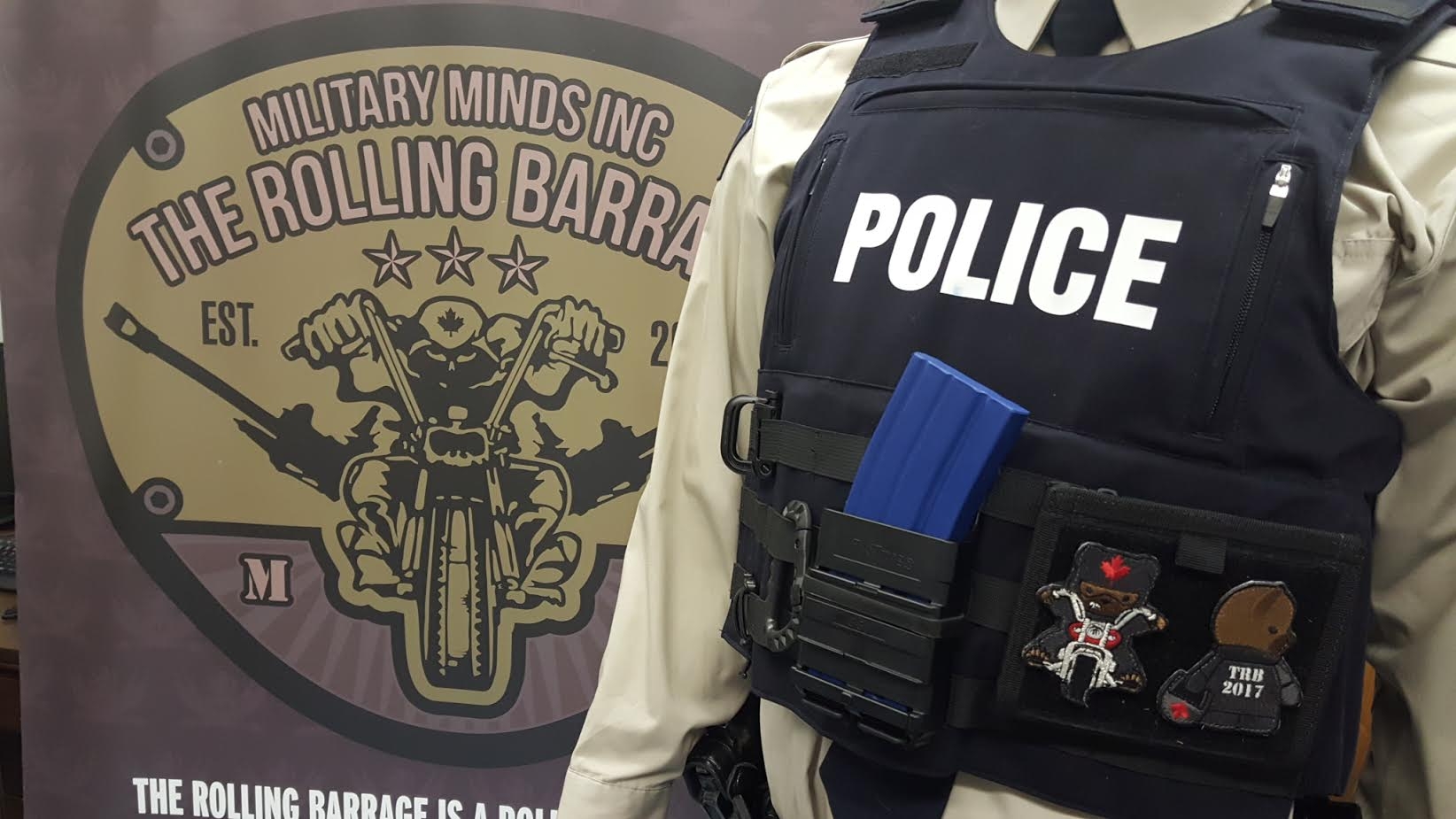 Presented by Military Minds Inc., a fundraising organization that connects veterans for PTSD help, the Rolling Barrage “started with one man’s vision of a mass of steel horses traveling across Canada from one coast to the other, akin to the way the country was settled 150 years ago, albeit on wagons and real livestock.”

“There are small things to bring awareness to PTSD, but nothing big and nothing centred on a positive event,” says Stew Jackson, Rolling Barrage director. “One thing PTSD does is isolate people — this is to get them out.”

Jackson says a little over 100 people are currently registered to participate for various amounts of time along the 3,000-km journey and about 30 have signed up to complete the entire haul — a ride from Newfoundland to Victoria, B.C.

“We’ve heard interest in the ride from over 8,000 people,” Jackson adds.

The ride is open to all types of riders, including civilians. They can join anywhere along the route, which includes stops in Truro, Ottawa, Winnipeg, Regina and Jasper, just to name a few. Designated stops will also feature entertainment, such as a Julian Austin concert in Edmonton.

Casey will be on a bike while Jackson says he’ll be driving the support vehicle.

“It is with this rolling community that we shall endeavour to conquer the stigma that surrounds PTSD and to provide care to those who need through the service to our nation,” Jackson says.

To see the route and register, visit therollingbarrage.com.