Across the country you’d be hard pressed to find a single first responder agency which isn’t talking about the mental health and well-being of their employees. Police, fire and emergency service organizations are all looking for ways to make their first responders more resilient. 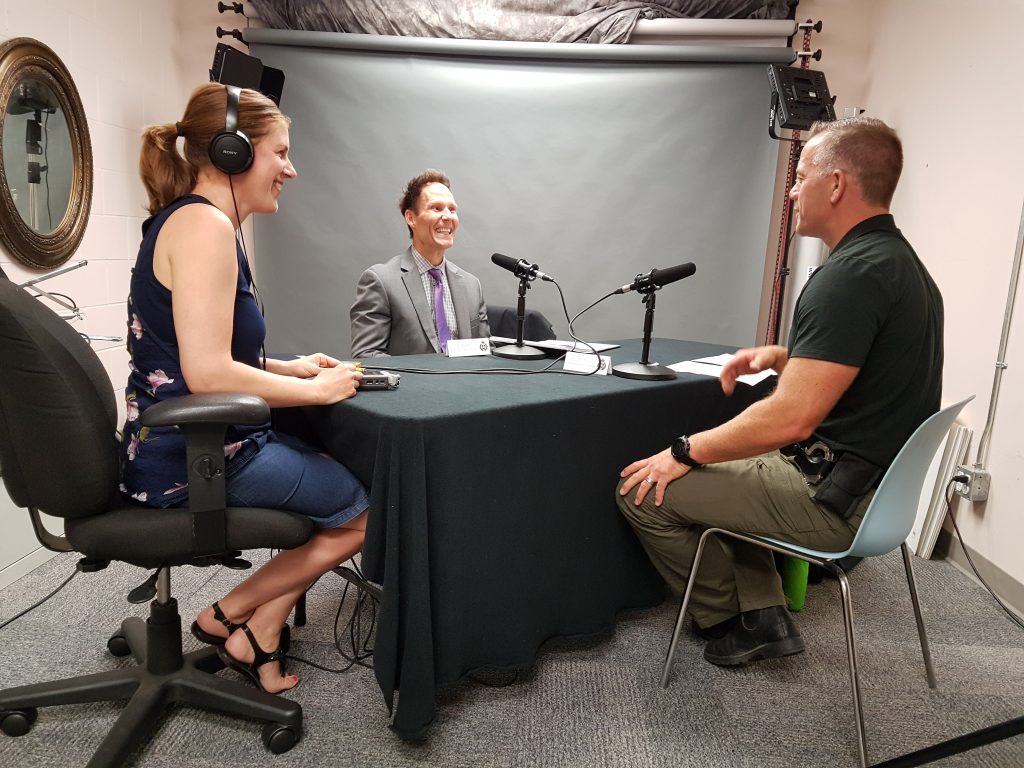 Over the course of their careers, first responders will deal with some unimaginable calls for service. How they respond without having those calls negatively impact both their personal and professional lives, is a critical skill. Imagine the toll on a first responders’ mental health when they break the news of a family member’s unexpected death to a loved one. Or the stress of attending fatal motor vehicle collisions or the suicide of a person suffering from a mental health issue.

Sharing stories, and how they’ve faced a variety of extremely tough situations, is the impetus behind a new podcast produced by Delta Police, called Bend Don’t Break. In one-on-one interviews with Delta Police Chief Neil Dubord, police officers and other first responders are speaking about their experiences in the face of adversity.

“These interviews are very honest, raw and, at times, hard to listen to,” Chief Dubord says. “My role in interviewing these officers, and other first responders, is to hear their stories and encourage them to speak about what they may have learned or would do differently. I also think there’s another takeaway there – for leaders at all levels to be able to understand the perspective of someone going through a very tough situation.”

“We chose to make this podcast public to acknowledge the importance and potential value in sharing these stories,” Dubord says. He credits Const. Aaron Hill with proposing the podcast, and for his bravery in being upfront in regard to his own struggles.

Const. Hill’s story is the topic of the first podcast, issued in November, 2018.  It details how he was faced with a complaint alleging he’d used excessive force, which came at the same time he was diagnosed with Type 1 diabetes.

“So now I’m in the middle of a complaint, not sure if I’m going to have a job, and I have an auto immune deficiency disease and I’ve just lost my career aspirations of being a SWAT operator and I’m going to be going back to the road,” Const. Hill outlines at the launch of the first podcast.
Later he describes the moment he learned about the complaint.

“He told me, right there and then, with my two year-old son, that I was being investigated for deceit… This cold feeling just came over my body… I know I felt like throwing up. I just remember standing there, looking at my kid, and the first thing that went through my mind, is holy sh-t, I’m not going to be a cop anymore.”

In the second and third episodes Const. Jordan MacWilliams, a Delta police officer of the integrated Emergency Response Team, shares the story of the police shooting in 2012, outside a casino in New Westminster, B.C.

In the interview Jordan recounts the events that day.

“He’s walking at us, holding the gun in the air and I remember, I’m staring at him through my site, and I’m just watching him, and I’m thinking to myself, okay Jordan, if he points the gun at us, you’re going to have to shoot him… he lowers the gun, and now he’s pointing the gun right at us.”

After describing what it was like to be in a situation he’d hoped would never happen, Const. MacWilliams shares the investigation that followed, and the devastating impact it had on his emotional well-being. In the second part of the podcast, Const. MacWilliams reveals what it was like to be facing an unexpected second-degree murder charge as a result of the shooting.

“For a few years now we first responders have been talking rather openly about the importance of mental health and wellness,” Dubord says. “We thought it was time to take another step to shine a brighter light and give our officers, and other first responders, a way to share their stories in their own words.”

Bend Don’t Break podcasts are available on the Delta Police website at http://deltapolice.ca/podcast/.

Future interviews will also share stories of other first responders. You can also find Bend Don’t Break under podcasts on i-Tunes, or the Google Play Music store.