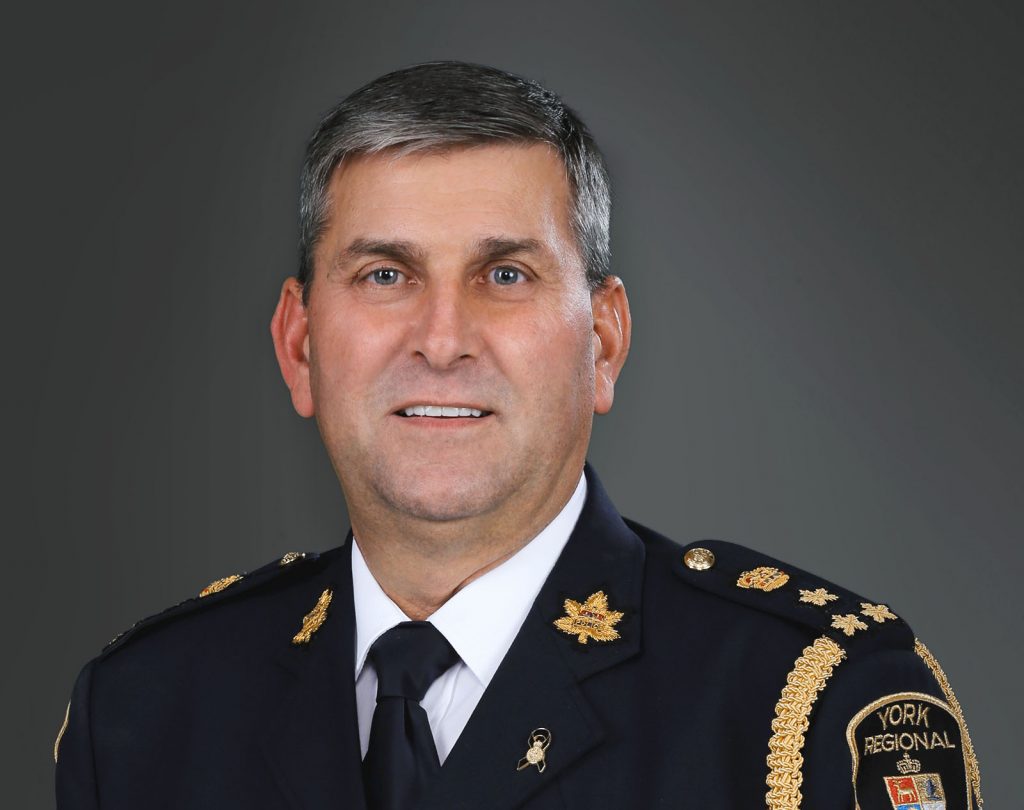 Chief Jolliffe started his career in September 1979 with Edmonton Police Service and returned home to York Region in 1998 to join York Regional Police. He was appointed Chief of Police in December 2010.

Jim MacSween is the new chief at YRP.

He has been recognized with countless awards and accolades including the Officer of the Order of Merit for Police Forces and both the Queen Elizabeth II Golden and Diamond Jubilee Medals. Chief-Designate Jim MacSween was sworn in on May 1, 2020.

Previously the deputy chief, MacSween is a recipient of the Governor General’s Exemplary Service 20-year medal and began his career with York Regional Police in 1989.