Netherlands-based X-Systems says it has developed a body camera product based on an already familiar device, the PTT device. Training is not needed to operate and they are compatible with all major PTT manufacturers, the company announced. 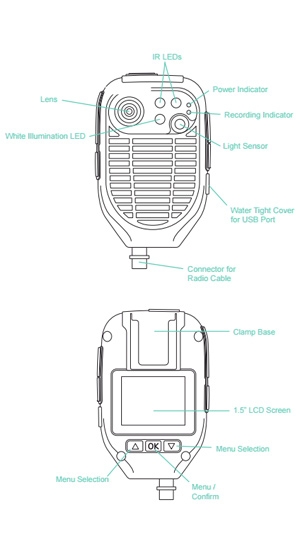 The X-Surveillance DS300 is a Push to Talk Handheld body camera that doubles as a PTT handheld speaker/ microphone, “minimizing the need for additional equipment in an already heavy uniform,” the company says. For the occasional problematic interaction, recording can begin by pressing a button on the opposite end of the talk button.

The body camera is compliant with many data protection regulations, X-Systems says, and the data is only accessible by an officer and control centre software. All recording come with Officer ID, date/time and GPS location stamps.