Features
What’s wrong with this picture? 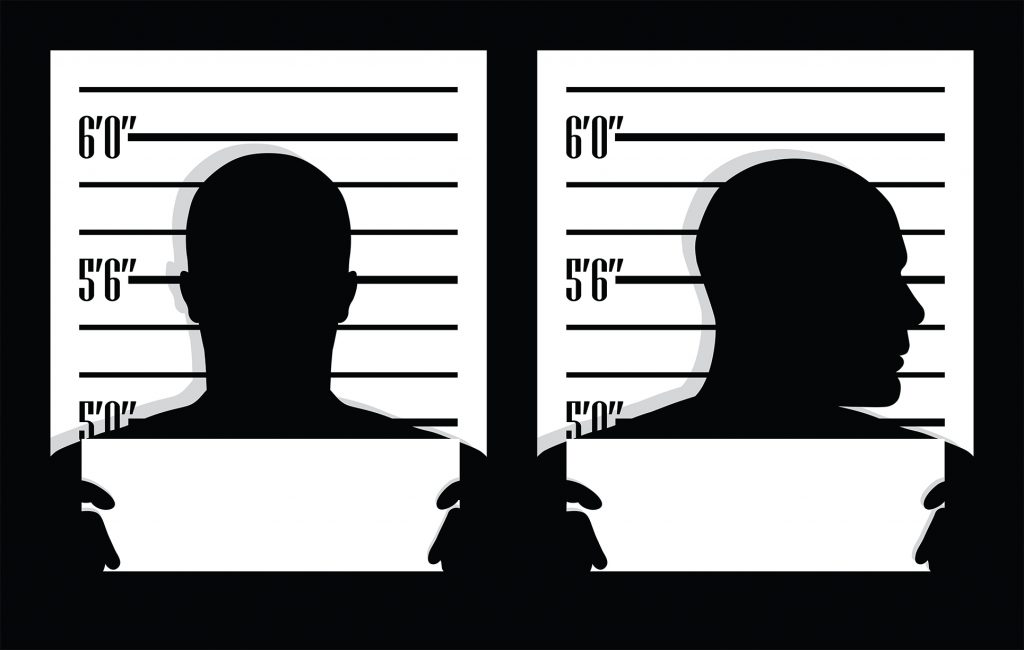 In the early 1990s, a purse snatching was reported in Nova Scotia. As part of their investigation, police showed a witness pictures in a mug book. The session did not result in a positive identification but, five days later, when the police had a suspect, the witness returned to examine a photo lineup. A photo of the suspect was mixed in with 10 images taken from the mug book the witness had examined five days prior. The witness selected the suspect as the perpetrator. When asked if she remembered any of the faces in the lineup from the previous mug book session, the witness testified that she did not.

What’s wrong with this picture?

This story is true and the reason for telling it is that there are valuable messages for defence attorneys, prosecutors, the police and for the layperson interested in how the mind works.

Danny Graham, who held a position at Nova Scotia Legal Aid at the time, was counsel for the defence. Sensing there was something “fishy” about the lineup identification, he reached out for “expert confirmation”. Graham was convinced my testimony as an expert in human information processing would be useful, so I agreed to testify. At trial in February 1994, Graham qualified me as an expert in Cognitive Psychology, a discipline that focuses on perception, attention, memory, decision making and thinking. I testified about how psychological processes might impact the probative value of various forms of eyewitness testimony.

The following is a description based on my prepared notes and retrospective memory. It is not a verbatim transcript.

Attorney: When you teach about memory, can you tell us briefly what you cover and how it might relate to this case?

When teaching about memory, I describe different memory systems: episodic memory, semantic memory and procedural memory. Episodic memory can be described as an autobiographical record of one’s experiences; something like a mental diary. Semantic memory represents our knowledge of facts and the meanings of the words we use; something like mental encyclopedia/dictionary. Finally, procedural memory consists of our skill knowledge; something like a large set of how-to manuals, which is not expressed verbally. I also distinguish between three aspects of memory—acquisition, storage, and retrieval—that apply to all three systems.

Most of the research on memory deals with episodic information – traces of our previous experiences and our ability to explicitly recall or recognize previously experienced objects or events. This is the kind of memory that is involved in eyewitness reports, so I will discuss how these three aspects relate to episodic memory.

The acquisition of information, which refers to how the information is originally perceived, is logically the first aspect of memory to discuss. Most of us are familiar with the notion that the accuracy of our perception of an event will depend on event factors like how good the viewing conditions were, how long it was exposed for, whether an object was moving, etc. Our current perceptions are influenced by numerous observer factors that shape what we perceive. These would include our previous perceptions, our expectations, our desires and our use of selective attention to focus on some details at the expense of others. For example, hungry people are more likely to see food when presented with ambiguous or poor-quality information. There is usually more information impinging on us than our limited capacity systems can handle. Selective attention is like a filter that reduces the overload to a manageable flow. We select what will be attended to according to our habits and our immediate goals; what we do not attend to generally does not become part of our autobiographical memory.

Once acquired, the information is stored until it is later needed. Human memory does not work like a tape recorder, faithfully preserving stored information and later repeating the stored passage when we press the “play” button. Our memories, which begin as a biased selection of what we experience, do not remain immutably stored for later playback. Our representations of past events undergo continual change over time. The most obvious processes that make stored information less accessible are decay and interference. In addition to time, new and previously stored information may modify our memories of current events. Information may be modified to conform to preconceptions and, as demonstrated in many experiments, new and possibly irrelevant information may be incorporated with the originally stored experience so that the individual can no longer separate the new from the old.

Our memories, which begin as a biased selection of what we experience, do not remain immutably stored for later playback.

Once the acquired information has been stored, we may later need it. We might ask an observer to tell us everything about a previous event or experience, or we might present information and ask if the observer recognizes it from a previous occasion. Although these requests for recall and recognition place different demands on retrieval processes, when successful, both kinds of requests result in explicit retrieval of stored information. In other words, the previous episode is brought back into conscious awareness. Sometimes, when the ability to explicitly recollect fails, it can be shown that traces of these episodes persist—and can influence responses and performance implicitly, without the subject’s awareness. It is as if previous experiences (stimulation and records of our own behaviour) activate prime pathways in the brain. These primed pathways can influence our subsequent perceptions and behaviours while we remain unaware of them or their influence.

Graham then reminded the court how the photo lineup was constructed in this case.

The method was, I believe, a complete surprise to the prosecution, who queried whether Graham’s recollection was accurate. The judge affirmed that it was.

Attorney: What does your knowledge about implicit memory suggest about this situation?

There are several conclusions I would make. The prior viewing of the faces in the mug books would leave traces that will influence, and likely facilitate, the subsequent perception of the faces when 10 of them are repeated in the lineup. This influence is not, in any way, challenged by the observer’s sincere claim that she did not remember having seen the faces previously. Indeed, it is the hallmark of implicit memory that traces of past episodes persist and influence responses, even when conscious recollection fails. Thus, the lineup you have described would have been inadvertently biased.

Obvious bias in a lineup is easy to understand. If a witness describes a perpetrator as bearded and is subsequently asked if they can identify the perpetrator in a photo lineup with one bearded and 10 clean-shaven individuals, the lineup is biased and the observer would not be making a choice amongst 11 reasonable alternatives. In this example, the difference between the faces is visible in the photo lineup. But what is important is that there be no bias in the mind of the observer. In the situation you have described, the use of 10 faces that had been seen recently in a similar context, and one face that had not, creates a difference in the mind of the observer. The implicit memory traces from reviewing the mug book could influence the perception of all but one of the faces in the lineup and that face might stand out as somehow different. Finally, contributing to this implicit bias is the fact that the observer not only saw 10 of the faces previously, but also decided that each one was not the perpetrator. Our decisions, like all our experiences, leave traces. Thus, linked with each mug book face is the observer’s previous attribution of innocence. Upon inspection of the lineup, not only might one face stand out as being different from the rest, but the previously viewed faces may activate traces of the previous ‘not guilty’ decision.

The prosecution may have asked me one question in cross-examination (something like, “can an eyewitness make a correct identification?”, which I would have answered affirmatively) but if they did, it wasn’t effectively aimed. A more effective line of questioning might have been to ask whether a contribution from implicit memory had been demonstrated in this situation.

In delivering his verdict, the judge acknowledged, regardless of his verdict, the sincerity of the prosecution’s main witness’s identification was not questioned. However, he also considered the testimony of the other witness (who did not identify the suspect) and that of the expert witness (me) who convincingly argued that there might have been a bias in the lineup that was exacerbated by the witness’ previous decisions. It is distinctly possible that the main witness is correct, but not beyond any reasonable doubt. That would be unsafe. Corroboration is required in this case. It is not present, therefore the only prudent course is to acquit.

Defense and prosecuting attorneys should be alert to psychological factors that might challenge a witness’s testimony and be ready to seek the advice of an expert in cognitive psychology to determine if their suspicions might be supported by scientific principles or scientific studies. Police should be alert to the need to ensure that their efforts to generate a confident eyewitness identification do not bias the witness in any way, neither explicitly nor implicitly.

Raymond M. Klein is an emeritus professor in the Department of Psychology and Neuroscience at Dalhousie University and fellow of the Royal Society of Canada. He a cognitive neuroscientist and internationally recognized expert on human attention.