Features
Cleaning up the peace officer role confusion in Alberta

It's 4 p.m. on a Sunday evening. You’re alone in your patrol vehicle about 30 kilometers from your detachment. A complaint comes through about a vehicle driving erratically. The car was spotted in the opposite direction of where you are patrolling. The only other officer on duty is dealing with another call. What do you do? 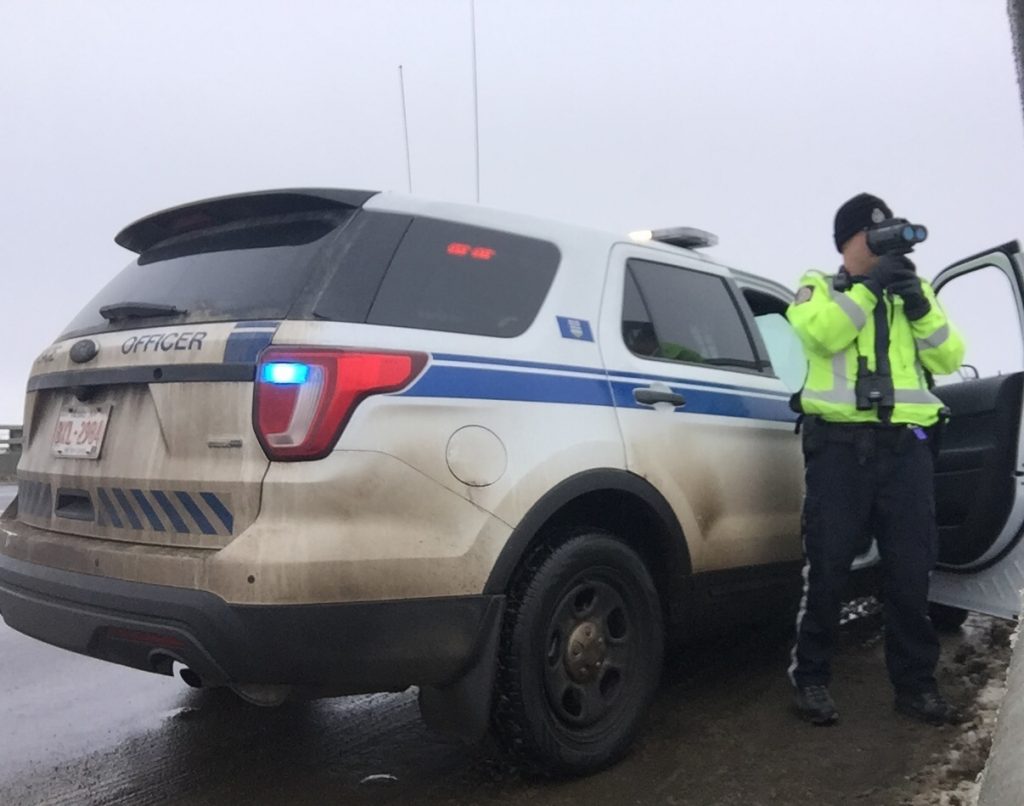 If you’re an RCMP officer in one of 110 communities in Alberta, you can call on your local community peace officers for assistance.

“There’s a lot of confusion about what a community peace officer does,” says William Norton, a 15-year veteran peace officer in Morinville, Alta. “Often, we’re thought of as just the people who write traffic or bylaw tickets. Sometimes, unfortunately, our officers aren’t even really seen as being law enforcement officers.”

Most of those assumptions come from a lack of understanding about the program and peace officer training, as well as confusion over jurisdiction, he adds.

“RCMP officers really have nothing to worry about when it comes to working with peace officers,” continues Norton, who is also the public information officer with the Alberta Association of Community Peace Officers (AACPO), an organization that represents more than 400 peace officers in the province. “They have their jurisdiction and we have ours. We’re quite clear on our jurisdiction; we do not investigate or lay criminal charges. We enforce provincial statutes as well as the bylaws of our municipality. When a traffic stop results in a case where both the Traffic Safety Act and criminality are elements, such as an impaired driver, we can ticket or issue a 24-hour suspension and we call on our colleagues to investigate and potentially lay criminal charges if they deem it necessary.”

Confusion about the role of community peace officers also stems from the fact that there are different categories of peace officers in Alberta. Officers may focus on provincial legislation (such as the Traffic Safety Act, commercial vehicle regulations and gaming and liquor laws), or they may focus on trespassing, municipal bylaws or the dangerous dog act.

While the provincial solicitor general oversees peace officers, the municipalities that hire them also have a say as to what they would like the officers to focus on.

“When a municipality decides that it’s time for a community peace officer program, it means that they have a certain objective in mind,” Norton says. “By in large, police and RCMP are reactive law enforcement teams. A crime occurs and they then investigate. With a community peace officer program, the community gets to say, ‘OK, enough is enough, we have too many people speeding through town and it’s getting dangerous,’ or: ‘We aren’t able to attract the kind of development we want because all people see when they come to town are acreages that look more like junk yards with cars and piles of garbage everywhere.’ On the flip side the community might also say, ‘We like how things are right now and we want to make sure we don’t have problems in the future so we want to educate young people and residents about what not to do.’”

Like police and RCMP officers, peace officers have a variety of career and education backgrounds, though two particular traits seem to be common: a history of law enforcement and a hometown passion.

Lindsey Carter spent 18 years with the RCMP, three and a half years as a traffic sheriff and has been a community peace officer for 11 years now. She speculates that close to half of all peace officers have worked in other law enforcement agencies.

“I don’t have definitive numbers but anecdotally, I think more than 50 per cent of our officers are former or retired RCMP, police or military,” she says. “Many have had long careers in other law enforcement agencies and have retired or decided they prefer a set schedule. They’re tired of third watch or of constantly switching between day and night shifts; others simply prefer the nature of the work of being a peace officer.”

Nine years ago, Peter Thompson became a peace officer in Brooks, Alta, after retiring from the RCMP with 30 years under his belt.

“I worked traffic for 15 years with the RCMP. Did I like enforcement? I loved it! But do I miss working late, missing out on family stuff, having to inform families that their loved one has just been killed in a collision? Not at all,” Thompson says. “I like the work I do now. The population I work with in Brooks is so diverse and often hasn’t been in Canada very long. It’s great to see the results of my work on a daily basis.”

Thompson goes on to describe a recent incident where he stopped a youth for a conversation about pedestrian safety:

“I asked him, ‘Why are you crossing the street here? You know you’re not supposed to. We taught you about it in school.’ Then I saw the same kid educating his father — grabbing his dad’s hand and dragging him to the crosswalk. The kid was telling his dad, ‘We can’t cross there; we have to cross here.’ That’s when it starts to be fun — when you see the direct impact of your law enforcement job.”

Many peace officers have a second commonality — they’ve lived in the communities where they work for a long time.

“It’s a trait that is easy overlooked,” notes Kevin Heerema, an 11-year veteran with the Town of Sundre. “Most peace officers have a great understanding and knowledge of the community they serve. We live there. We’ve likely lived there for years. We volunteer there. We’ve coached hockey there. The people we’re policing are our neighbours. That’s something that can be an excellent investigative resource if you’re looking for information about someone in the community or about a particular area or town.”

Training
“Unfortunately, there’s this outdated mentality with some law enforcement agencies; sometimes they have this idea that the reason someone is a peace officer is because they couldn’t make it as a police officer. They think we’re just a bunch of untrained wannabes that you don’t want to work with,” Carter points out. “That’s just not true and it’s a mind-set that needs to be checked.”

In Alberta, a level-one community peace officer — who typically deals with enforcing the Traffic Safety Act — must go through hundreds of hours of rigorous training. They’re training includes instruction in provincial laws, conducted by the Ministry of Justice and Solicitor General, personal protection, use of force, self defence, tactical measures, restraint techniques as well as note taking and reporting. Depending on the position the peace officer will fill, additional training may be given for specialized tasks such as commercial vehicle inspection or emergency management. Of particular focus during the peace officer training course is officer safety.

Dangers of the job
“Every officer, be they police, RCMP, peace officer or otherwise, knows that one of the most dangerous things we do is traffic stops. We never know who we’re stopping until we get to the window of that vehicle,” Heerema says. “I’ve towed someone’s vehicles and had them thank me and I’ve given someone else a simple speeding violation and had them lose it on me.”

Dwight Dawn echoes those sentiments. In his work as a peace officer in the town of Mayorthorpe — a community that made headlines because of the tragic killing of four RCMP officers in 2005 — the dangers law enforcement officers face is always on his mind.

“When we go to someone’s home, it’s going into their castles. This is their little kingdom. When you knock on the door and tell them what they have to do on their own little piece of property, or with their own dog, they hate it,” Dawn says.

He also believes that the changes in the economic conditions in Alberta have changed the risk level for peace officers across the province.

“When the economy is good, people behave differently. They’re making money and they have stability, hope and a future. When you give them a ticket for speeding or some other infraction, they’re upset but they behave rationally,” he explains. “When the economy is bad, like it is in Alberta right now, you’re dealing with people who feel down and out. They’ve lost the job, maybe the house; maybe the family has even left. Those people feel like they have nothing to lose. They get desperate, they get aggressive and sometimes, unfortunately, they get violent.”

“It’s a tired, old attitude that has to change,” Carter says. “Most people in law enforcement got into it because we wanted to help keep our community safe. If we could improve knowledge about what peace officers actually do and get through to other agencies that we provide a vital service, it would be amazing to see how we could then actually work together and what we could do for each other. There are so many different law enforcement agencies — fish and wildlife, commercial vehicle, sheriffs, RCMP, peace officers… If we could completely integrate and work as a whole for the betterment of the community, what a huge difference we could make.”

Leila Daoud is a law enforcement communications and issue management specialist based in Edmonton, Alta.
Print this page