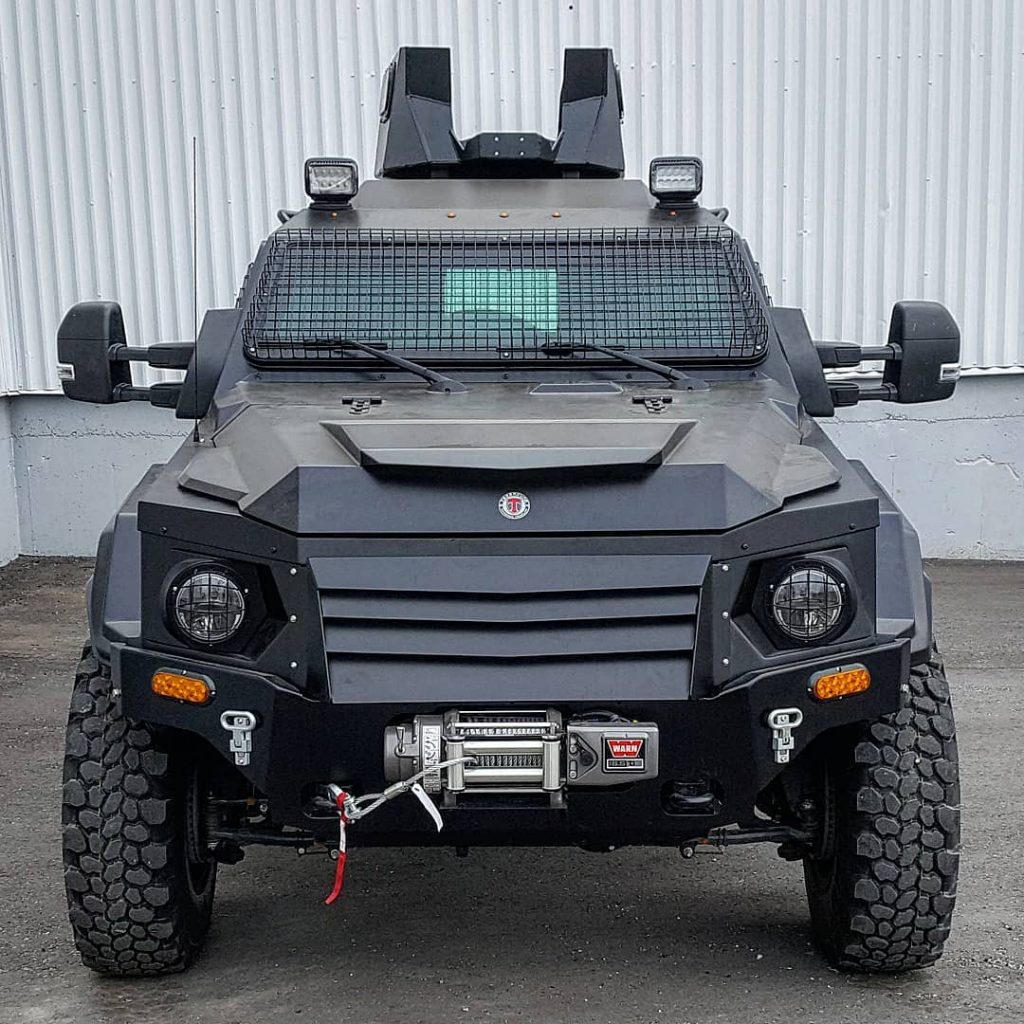 I have to say, I find the civilian uproar about police militarization after Halifax Police put out a request for proposals (RFP) for an armoured vehicle a tad alarmist. As they are just at the RFP stage at the time of writing this, we don’t know exactly what kind of armoured rescue vehicle, or ARV, might be added to the fleet once the new chief takes the reins in July.
Moreover, I’d point to Fredericton Police Force, who won the Best Dressed Police Vehicle Award – Special Service for its ARV this year. This may be a “beast” on four wheels but it’s not overly offensive looking — “rescue” is the featured word — and the force told us significant discussion occurred, ensuring the community would be comfortable. The key is communication and transparency.

Halifax RCMP already owns an ARV and I assume the public have seen it around the busy port city. Numerous police forces in major cities have one included in their fleets, as well — in fact Calgary just replaced its 12-year-old ARV this April.

Police militarization is a term we have been hearing about for years. I think discussing data, like the research published out of Manitoba last year by Kevin Walby and Brendan Roziere, is valuable and progressive. That leads to positive conversations about evidence-based models and the international/national impact of certain events and wider societal changes on our police forces. In my opinion, it stimulates more analysis and information sharing among our services. It can spark a second look at the state of things, like training, which never hurts.

That being said, is the public’s issue with this ARV truly about militarization concerns? I think it’s the cited cost of $500K that has people stomping their feet. A similar effect was felt in Medicine Hat when they purchased their ARV in 2014.

“Having an armoured rescue vehicle is about preparedness, public safety and officer safety,” said Insp. Jim Butler, Halifax Regional Police’s operational support officer. “Like many other forms of equipment to respond to evolving threats, it is a capability we hope we never have to use but one we believe is important for us to have.”

Preparation is the key. And in the aftermath of some devastating incidents where we were not prepared, like in Moncton, why would we not do everything we can to proactively avoid any loss of life in a world with too many headlines on extremism and violent hate crimes?

This vehicle will be used “sparingly and appropriately by those trained to use it,” wrote Robin McNeil, Halifax’s acting police chief in a May 10 letter sent to the board of police commissioners. “At no time, would any ARV be deployed during a routine PSU [public safety unit] event.”

Of course, we cannot ignore the context this news erupted in — we know there’s tension between police and Halifax’s Black community after the Wortley report on street checks. I understand we have to be sensitive to this, especially when one recalls those pictures of the armoured vehicles out of Ferguson, Mo. At the same time, we have to remind people that Canadian police agencies work in their own regulated landscapes where some incredible de-escalation training and leadership is happening, and where the focus is on proactive versus reactionary measures to upholding public safety. It’s better to have the tool in the toolbox than to be scrambling if such a critical call should come.

Of course, we have to have due diligence and show the public that yes, we know ARVs do not belong in every police department. We can continue to encourage an open conversation on when and why we deploy SWAT teams, which incidents ARVs have a role in and which they do not, and how we can collaboratively customize ARVs for each region so they are not overly offensive.