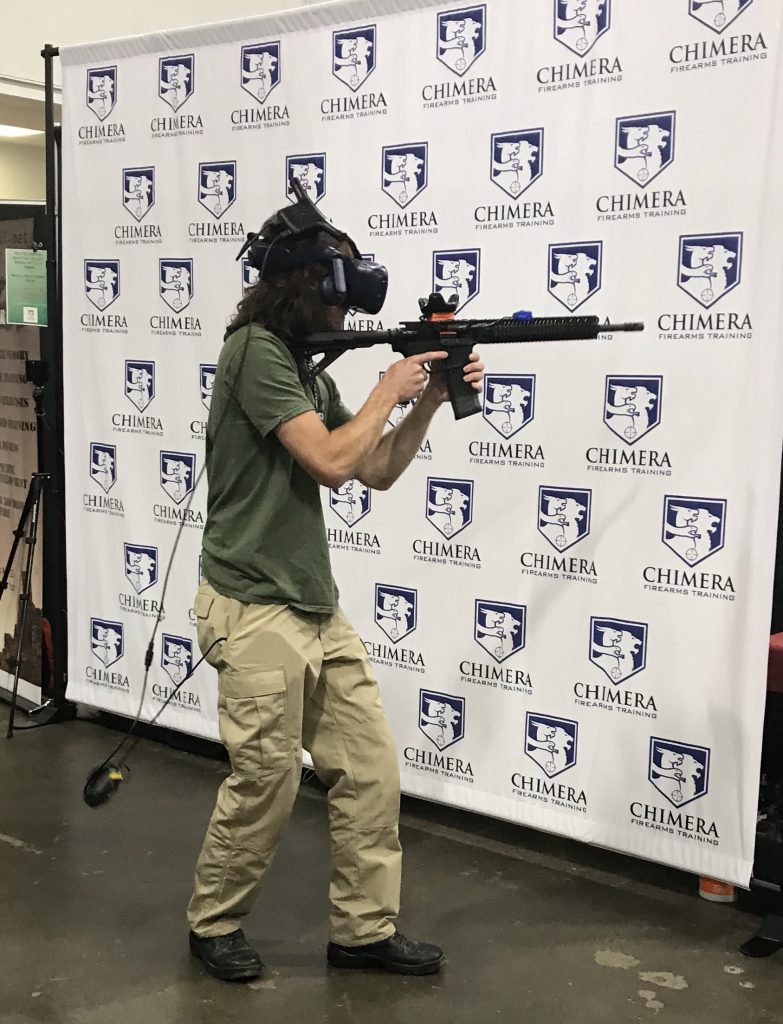 All the big—and medium, small, even virtual—guns were out this past weekend in Mississauga, Ont. for TACCOM, heralded as Canada’s largest firearms show.

Organized by Firearms Outlet Canada Inc., TACCOM is credited as a mini version of the popular Shot Show, the world’s biggest tradeshow for the shooting, hunting and firearms industry.

Firearms manufacturers, distributors, clothing and other tactical/hunting/outdoors enthusiast gear were all on display, coming from not only Canada but also the U.S. as well as many European counties.

The 2019 event at the International Centre sought to “engage our diverse shooting landscape,” organizers said, and it blew last year’s out of the water; jumping from a 50-booth show to 100 square feet of space and 450 booths.

“We have identified that one of the greatest set-backs to our community is the lack of access to quality training and accurate information,” organizers stated on the event website. “TACCOM 2019 hopes to bridge that gap among shooting disciplines by bringing them under one roof and providing individuals direct access to industry leaders and professionals.”

In addition to the tradeshow, there was also a seminar series. Topics included one on deadly force and mindset as well as one with Chimera Firearms Training CEO and president, Taylor McCubbin on “realism redefined.”

TACCOM also catered to the wider community: unlike Shot Show, it was open to the public and featured family-friendly activities, such as virtual reality booths and an airsoft and paintball range for youth.

See yourself in one of the photos below? Want a copy? Email rfrancoeur@annexbusinessmedia.com.