A five-year Calgary Police Service officer was seriously injured on March 27 after the suspect in a morning convenience store robbery tried to carjack a woman outside a home and then attempted a break-in of a nearby residence. 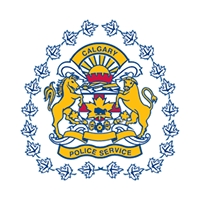 “As officers entered the backyard, the suspect began firing shots at our officers,” said Chief Roger Chaffin during a press conference. “It is our understanding that members of our service returned fire. One officer was shot and taken to hospital.”

The tactical unit arrived and contained the garage, which they noticed then became engulfed in flame.

After the Calgary Fire Department extinguished the fire, one man was discovered dead inside the garage, according to the chief.

A paramedic is dispatched with the tactical team, which made a significant difference for the wounded officer, Chaffin said, adding that officer was stable and with family in the Foothills hospital.

“As far as I’m concerned, our members acted with incredible courage in a situation that escalated in a matter of seconds,” he said. “To say I’m proud of our officers and grateful that they’re recovering is an understatement.”

He added that the frequency of weapons and shootings encountered in the community “makes policing very difficult right now” and it continues to be a top-of-mind conversation.