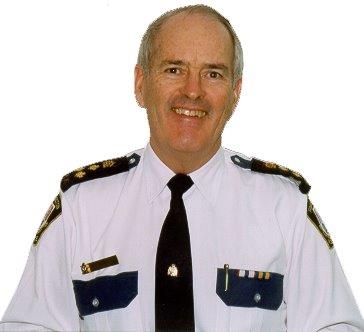 Carlisle was born and raised in Fredericton. He joined the RCMP in 1958 and 22 years later became chief of FPF, a post he held for a record 25 years. Under his tenure, the city introduced com-puter-aided dispatching (1986) and an automated records management system (1988). Carlisle was also responsible for introducing polygraph, the Underwater Recovery Unit, the first Victim Services Unit in New Brunswick and more.