Features Off the Shelf
Ratsnakes by Vincent A. Cefalu 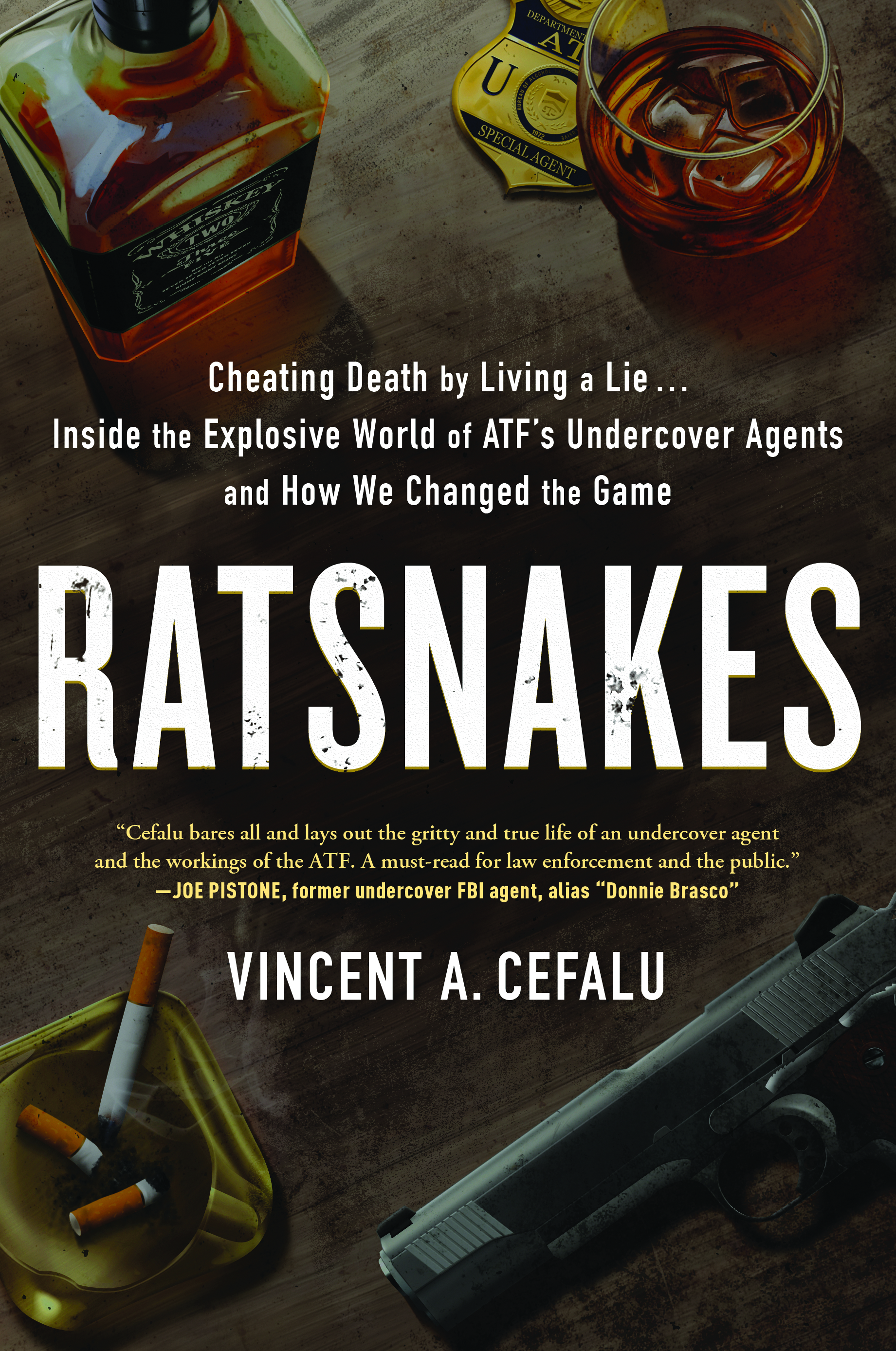 A recent release, Ratsnakes by Vincent A. Cefalu, is the story of the author and his life as a Bureau of Alcohol, Tobacco, Firearms and Explosives (ATF) special agent, who spent 30 years in the ATF’s undercover (UC) program.

Cefalu’s account as a “Ratsnake” (ATF UC operators refer to themselves as “Ratsnakes”) is presented to the reader as the story of two people in the guise of one: the responsible agent, husband and father Cefalu, and the foul-mouthed, hard, and unpredictable undercover operator that he was as well for much of his working life.

There is no question that a dual life is a reality of undercover operators and as a testament to this dangerous and potentially damaging psychological dilemma for a cop, Ratsnakes is illuminating. However, what is not clear is if Cefalu consciously wrote in this dualistic style as a writing device to provide tension for the reader, or if he is truly not aware of how conflicted and confusing his life was.

I am inclined to give Cefalu the benefit of the doubt that, as a writer, he knew what kind of book he was writing. At times his prose is insightful and provides keen observations about his undercover work. For example, on more than one occasion, Cefalu discusses with solid practical reasoning the inherent dangers of long-term UC operations: chances of compromise rise dramatically, and the operator’s distancing from a normal work and home life can blur the lines of good and bad. Cefalu presents us with a number of examples of the cost paid by UC operators in their home and work lives as they carried out their extraordinarily complex and dangerous work. This is ATF Special Agent Vincent Cefalu at his best.

However, all too often, Cefalu’s voice as the hard living UC operator comes through loud and clear. For example, chronically peppering his prose throughout the book with angry profanity, and endlessly calling out superiors in the ATF for their failure to appreciate just how good Cefalu and his fellow UC operators were, does not create a relationship of trust in the author.

There is a sense that an underlying motive beyond informing and entertaining the reader is at play. Cefalu tends to make statements that are hard to reconcile with that of a professional law enforcement officer. For example, he believes some cops don’t “get it,” meaning “how best to deal with dangerous criminals,” because, unlike him, they did not learn their craft by having lived as a low-level criminal as a youth.

Cefalu’s conflicted views are also present as he discusses his team’s efforts to disrupt the “evil” that is outlaw motorcycle gangs (OMG). While Cefalu would have us believe he and his colleagues were taking on “evil” so the rest of the public does not have to, he asks us to also believe that just because someone is a one-percenter OMG club member, he is not necessarily a criminal.

Turning to whom this book might appeal to, again, we have a conundrum. These chapters are filled with examples of action, but surprisingly little excitement for the reader. The central flaw in the book is that while it is clear the dangerous and wild life of UC operators is real, Cefalu as the writer fails to translate any excitement to the page. The book tends to degenerate into too many short “war stories” without a climax; of operations that went well, went badly or landed somewhere in between. As a reader we are frequently let down after a dramatic build up and left to conclude, “Well, I guess you had to be there.”

For the general public, there will be disappointment in Ratsnakes. For police in this country, and particularly those with UC backgrounds, there will be some bristling at the bravado of Cefalu and how he rates the ATF against other major police services’ UC operations. But then, Cefalu pulls no punches in what his objective was in writing the book. His introduction states, “I will tell you the famous, not-so-famous and infamous stories of life within the world’s greatest undercover agency… my sole purpose in writing the book is to identify and glorify the heroes…”

With that being said, one might conclude the question is answered early on about whom the book will appeal to; it will appeal to Cefalu’s fellow ratsnakes and few others.