Non-profit organizations have been vital to the rescue, recovery and reintegration of human trafficking victims into society. Founded in 1985, the Canadian Centre for Child Protection is a national charity that partners with the Canadian government and corporate sponsors to reduce sexual abuse and exploitation of children, including formalized protocols with law enforcement agencies across the country. 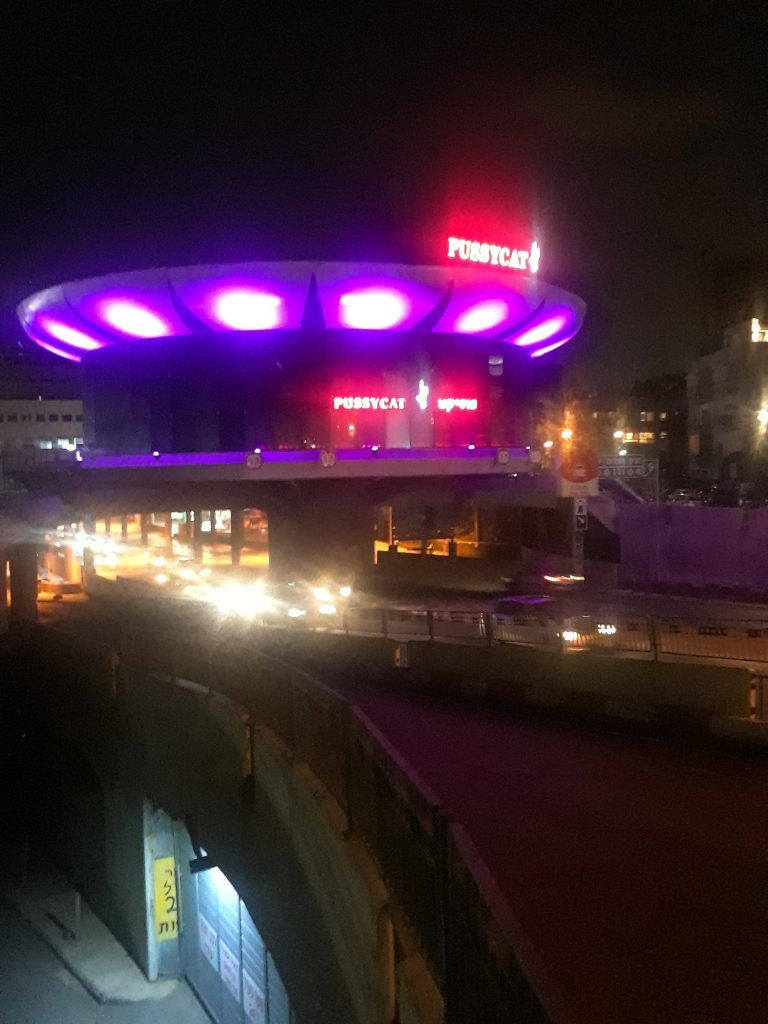 A night club in Tel Aviv

Similarly, the International Justice Mission is a faith-based international group created in 1997 that closely co-ordinates with law enforcement agencies in raiding brothels and curbing human rights abuses, while also providing programs that help victims recover from their time in forced labor.

Operation Underground Railroad was more recently formed from among retired Special Forces operatives to similarly provide proactive assistance worldwide to local law enforcement and prosecutors in the identification and extraction of child-trafficking victims.

The National Center for Missing & Exploited Children (NCMEC) co-ordinates Amber Alerts, posts about missing children as well as child-sex trafficking and sex offender tracking, and offers credible training, technical assistance, and resources at no cost to law enforcement or others who investigate child sexual exploitation.

According to NCMEC, one in seven endangered runaways reported in 2017 were likely sex trafficking victims; and among them, 88 per cent were in the care of social services or foster care when they went missing. Such statistics are not a criticism of foster care or social services but, rather, an acknowledgement of one of the darkest sides of child sex trafficking. Sometimes, a victim prefers that life to the one they left behind wherein physical depravity and unspeakable sexual abuse may have been brutally delivered to him or her by members of their own family.

Awareness of such empirical data from the private sector provides insight for public law enforcement professionals in the preparation of effective interrogation arguments that appeal to sex trafficking suspects. For example, by pointing out to a suspect that the trafficker was providing “safe haven” to a child who statistically would have otherwise been abandoned or repeatedly abused by family members, an investigator facilitates admissions against interest by psychologically shifting blame for the child’s desperate situation away from the offender while morally rationalizing the heinous nature of the offender’s conduct.

The window of opportunity for rescue of victims from circumstances that might lead to human trafficking is narrow. Optimum results are achieved within 48 hours. However, many law enforcement agencies are barred by internal policy from aggressively pursuing missing persons unless a certain period of time has lapsed, sometimes as much as 24 hours. That wastes up to half the optimum recovery window. Private initiatives face no such time barriers.

Consider the following case study: Parents of a sixteen-year-old daughter reached out to local police when she failed to return home from school at the customary time. Policy prevented the department from taking action for at least 24 hours, so the family attorney was consulted. School records indicated that the child had been absent all day. Within two hours, the attorney and his investigators interviewed all of the missing child’s friends.

Using questions that assumed the friends already knew what the child had done, investigators portrayed they were similarly aware of the child’s intentions but were merely seeking confirmation before acting. Through this assumptive approach, the investigators eased the process of disclosure by absolving the friends of any sense of “betrayal” inherent in their answers. As a result, it was learned that the child had recently spoken of leaving her Chicago area home and moving to Los Angeles to begin an acting career. It was further learned that the child had electronically communicated with a man who both the child and her friends believed to be “an agent.” The unidentified man promised the child a movie part if she could travel to meet him in Los Angeles.

The private investigators checked local bus transit records, but the child’s name did not appear on any travel manifests. Nevertheless, they contacted police agencies along ground routes to Los Angeles and provided photographs of the missing teen. The child was found in Iowa, alone, inside a bus on Interstate 80. The name of the “agent” was revealed, and he was taken into custody upon the bus’s arrival in Los Angeles where he was found awaiting the child. He had no connection to the motion picture industry.

Collaboration between public and private sectors was essential in saving this young woman’s life. Success was achieved through a combination of rapid private intervention and incisive interviewing techniques that developed sufficient evidence to properly engage public law enforcement and end this child’s exploitation.

Human trafficking may extend well beyond divergent state jurisdictions across the borders of foreign countries, thereby rendering local law enforcement ineffective in executing rescue operations. Under those circumstances, law enforcement’s partnership with private sector initiative is the only option.

Consider this additional case study: The father of a recent college graduate, who was traveling alone in Australia, received a phone call during the middle of the night that his son has been taken and is now in the caller’s possession at an undisclosed location in the outback. The caller advised the father that his son will no longer be contacting him and that the father should abandon all efforts to locate his son. The caller then hung up.

Six hours later, the suburban Chicago father reached out to local law enforcement who referred the father to the U.S. State Department. A report was made, but without any idea of the incident location on the Australian continent, there was no hope of effective governmental intervention.

Two hours later, well within the 48-hour window, the family attorney was consulted and private investigation was begun. All of the son’s prior written correspondence to his father during the Australian trip was examined for reference to people, places, and landmarks that the son may have recently encountered. Two emerged. One was an unidentified church, which the son reported having attended, including the name of an adjacent town. The other was an abandoned school bus on the church grounds where the son reported having camped with the pastor’s permission.

Among the canvassing phone calls, which were placed to all identifiable churches near the town named in the son’s written correspondence, one resulted in the possibility of an abandoned school bus on church property. Through a series of pretext conversations with local businesses, the identity and phone number of the church’s pastor was developed.

During their subsequent phone discussions with the pastor, the investigators established rapport. They did this through high empathy statements about the pastor’s responsibility as shepherd to his flock as a means of overcoming the pastor’s understandable fear of retaliation against him by those who had taken the young man. A direct analogy was presented comparing the pastor seeking return to the church of those who turn their back on religion to the father who now desperately sought his son’s safe return. Through that thematic approach, the pastor revealed the precise location of the general store, 200 kilometers away, where the young traveler had been delivered for a pre-arranged meeting with a man who promised gainful employment as a ranch-hand.

Australian law enforcement authorities were dispatched to the general store where both the identity and destination of the purported employer were obtained. Within hours, the young man was safely recovered from a forced labor camp and returned to the United States.

The strategic alliance between public law enforcement and the private sector is proven to be uniquely critical to human trafficking rescue and recovery efforts. That partnership should be fully embraced along with the complimentary skill-sets that each component offers the other in this collective battle for the preservation of child safety and human dignity.

Philip A. Mullenix has been affiliated with John E. Reid & Associates, Inc. since 1978. He’s conducted thousands of interrogations and is a senior instructor in the Reid Technique of Interviewing and Interrogation for U.S. Counterintelligence agents, Military Intelligence agents, Special Forces, and HUMINT collectors as well as federal, state, county, and municipal law enforcement officers. Mullenix practiced law for 35 years and is licensed by the State of Illinois, the United States District Court for the Northern District of Illinois, and the United States Seventh Circuit Court of Appeals.
Print this page

Related
Where have all the cybercrimes gone?
Forecasting gang related activity
When media releases and tweets don’t do the trick
Q&A with Chief Al Frederick, Windsor Police Service