As unmanned aerial vehicles (UAVs), or drones, become more popular and sophisticated, so does the demand for drone detection solutions in the security industry. 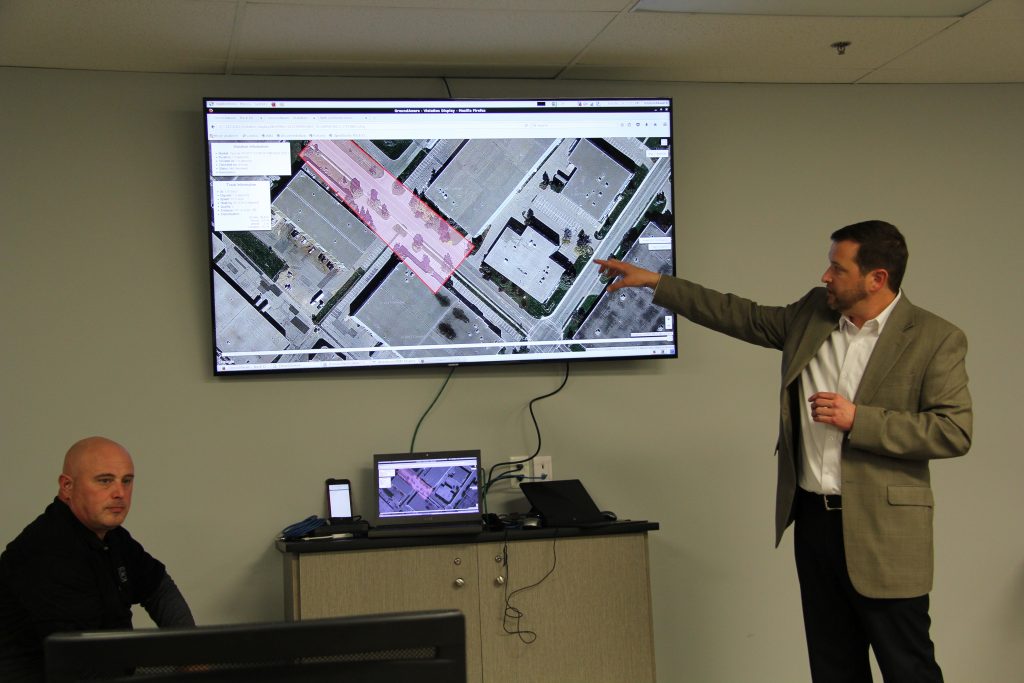 Huntsville, Ala.-based O.W.L. is a company that aims to provide awareness to “customers who operate in a world of ever-present threats” via technology solutions that “enhance the security, safety and efficiency of customers’ critical sites.”

The GroundAware series includes the GA1360, GA4120 and GA9000 Series, each of which can detect, track, classify and respond to threats caused by humans, animals, vehicles, and drones in real time. The GA1360 provides a 360-degree field of view with a one km range, while the GA4120 has a 120-degree field of view with a four km range. Finally, the GA9000 Series introduces 3D ground surveillance capabilities.

At the demonstration, Anthony Tucker and Josh Salmon, senior account executive and sales engineer at O.W.L, respectively, showed attendees how GroundAware can detect and track intrusions, how to set up alarm zones and discussed available integration options, as well as the installation process.

Customizable detection
GroundAware can detect Class A and Class B drones, the “typical quad drones that you can buy off the shelf,” Tucker explained. “The larger the drone, the further we can detect it.”

Tucker and Salmon demonstrated the system by accessing the camera and GA9000 unit at their office in Huntsville, and an Axis Communications camera and GA1360 unit set up outside of Vipond’s facility.

“[The radar] can tell the speed, how long we’ve been tracking [the target], the heading and then the distance and altitude,” Tucker explained.

GroundAware can also be programmed with specific responses to alerts; it can file an alarm, send an email or a text, or pan-tilt-zoom the cameras to the target.

Alarm zones can also be silent, meaning that they are only turned on under certain circumstances. “The radar is always tracking,” Salmon explained. “So if, for instance, you put it next to a busy highway, it’s going to track every car that’s on that busy highway. In that instance you’re not necessarily concerned about that busy highway, so you’d draw a zone around it and those targets wouldn’t show up on your screen.”

When the system alerts the user to a target passing through an alarm zone, it classifies said target using an algorithm that determines whether it is a person, animal, vehicle, etc. “The radar itself detects torso movement, arm movement, leg movement,” Salmon elaborated.

Installation and Integration
In keeping with the theme of customization, O.W.L performs a site assessment to determine the best location to place a pole on which to mount the system. During this assessment, the company also determines if a pole is even necessary, as the unit can be mounted on a roof or an existing pole near the facility, provided line of sight is attained.

Typically, a GroundAware unit with a camera is mounted onto a telecommunications tower or a mast, with a power supply at the bottom.

Since the radar is Power over Ethernet (PoE), it requires a 60W PoE switch. O.W.L sets up a 148W power supply in close proximity to the radar, a PoE injector, a switch connected to the user’s network and a Dyn relay. “You can host the computer, the server, anywhere on your network,” Tucker said.

The Dyn relay mechanism gives O.W.L remote accessibility to restart the radar if there are any problems. It also allows the user to set up LED lighting and trigger other alarms such as voice commands.

This installation takes a day, Salmon explained. “We need a few days after the installation for our engineers to go and fine-tune the radar, and then also do some integration with the cameras and VMS system.”

Tucker told SP&T News O.W.L. currently has “over a dozen … maybe even 20 [clients] at this point.”

Currently, the company manufactures the units in Huntsville and does all installations.

The largest vertical market for this type of detection system, Tucker adds, is the utilities market.

“We also have some units that are at airports,” he continues. “We have a lot of interest in protecting large events such as concerts and … outdoor sporting events, especially when it comes to drone detection.”

During his presentation, an attendee asked whether being located close to an airport would be an issue.

However, O.W.L began as a market for airports, Tucker explained. “In regards to interference with other RFs [radio frequencies], other frequencies out there, we have not seen it.”

Vipond is currently their only dealer in Canada. The system can be integrated with “just about any VMS we approach,” including systems from Johnson Controls, Avigilon and Geneter, Tucker said.

GroundAware “is just one more layer or one more sensor on your security network,” he concluded.

This article origianlly appeared in the March/April issue of SP&T News.
Print this page