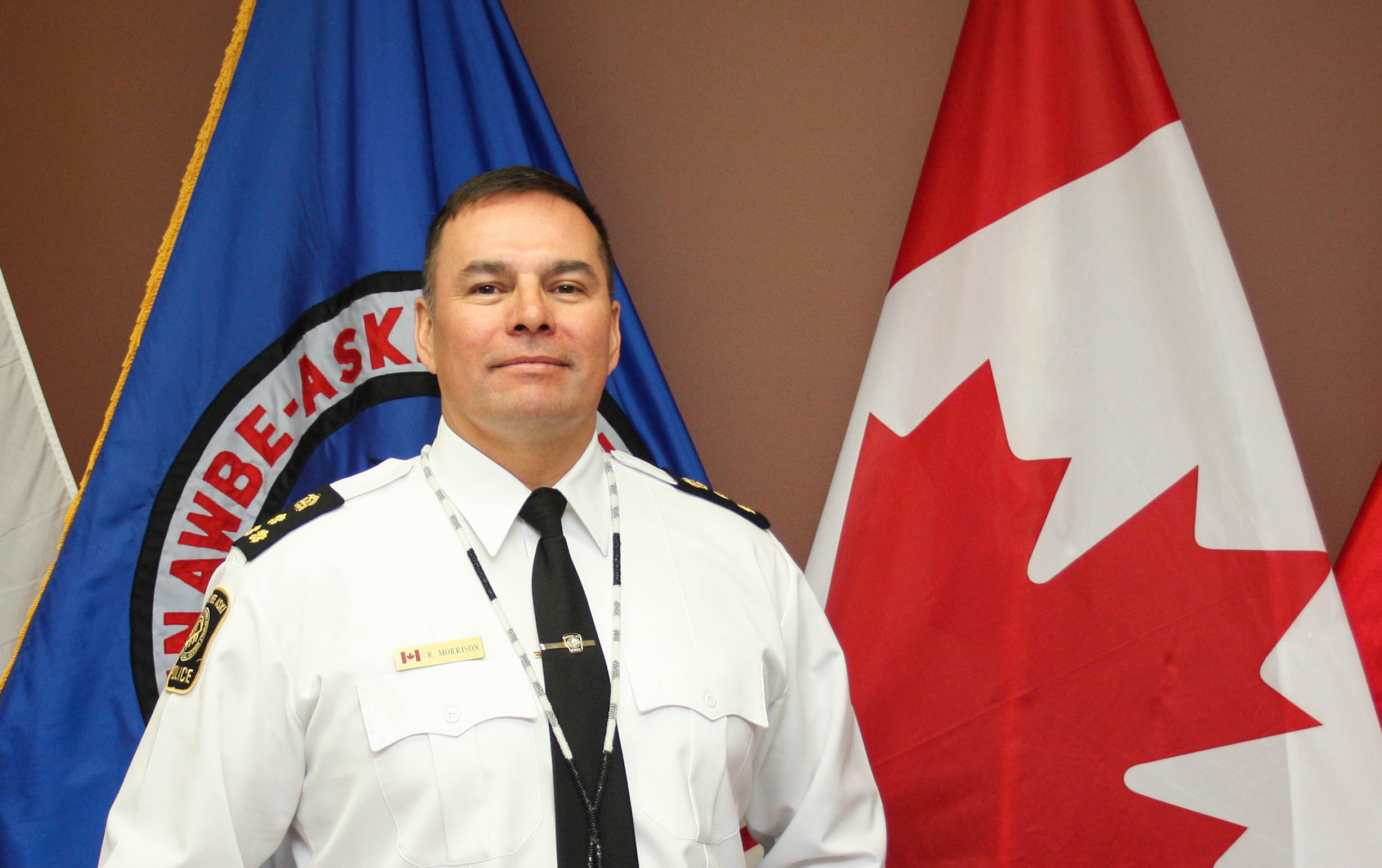 Morrison was the acting chief of police since September 2018, following the retirement announcement of former Chief of Police Terry Armstrong.

Morrison was born and raised in Moose Factory, Ont., and is a proud member of the Chapleau Cree First Nation. He attended post-secondary education at Sir Sanford Fleming College in Peterborough, Ont. before joining the Nishnawbe Aski Police Service. Prior to his current appointment, he spent six years as the deputy chief of police in charge of operations.