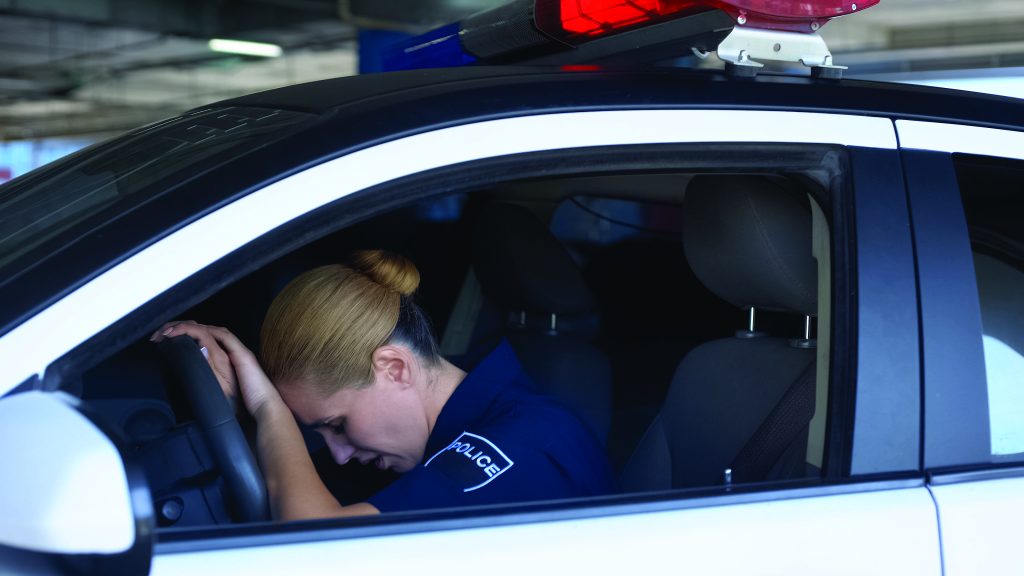 At the end of 2020, the office of the Governor General experienced a crisis of leadership. Allegations that Canada’s Governor General, Julie Payette, had transformed the office’s work environment from “one of the most collegial and enjoyable work environments” into “a house of horrors”, led to an external review and, ultimately, Payette’s resignation. That the holder of the second-highest office in Canada could foster such a toxic workplace in such a short period of time came as a surprise to some. For most, however, toxic leaders—those who repeatedly engage in negative behaviours which contribute to the psychological harm of their followers—are common.

Policing is no different than other government organizations; in recent years, inquiries into the cultures of the Royal Canadian Mounted Police, Calgary Police Service, Ontario Provincial Police, the Toronto Police Service, and the Durham Regional Police Service have all revealed work environments with defective leadership practices. While some have since committed to change, the question remains: just how harmful are toxic leaders and what can be done about them?

Who are toxic leaders?

According to leadership experts Ken Hansen and Angelo Caravaggio, toxic leadership stems from an inflated ego and a failure to apply sound leadership practices. One study exploring the behaviours of toxic leaders found they routinely engage in at least one of six types of behaviour: manipulation, intimidation and bullying, abusive or emotionally volatile behaviours, narcissism, micromanaging, or passive-aggressive behaviours. A study by Kathie Pelletier noted that the most common form of toxic leadership involved attacks on a follower’s self-esteem, including “ridiculing employees in public and demeaning employees personally”. Attacks on self-esteem are reported to be among the most harmful of behaviours.

In retired Supreme Court Justice Michel Bastarache’s review of the RCMP’s culture, members described their workplace as toxic in detachments where leaders turned a blind eye to unprofessional conduct. The same was said about a certain poisoned work environment within the Toronto Police Service, as described in McWilliam v Toronto Police Services Board.

For the OPP, the Government of Ontario (which launched its review after an alarming number of officer suicides) cited leadership as the first among many issues affecting member well-being, explaining that “instances of leaders tolerating bullying and harassment” had led to “a loss of confidence in the service’s leadership”.

Identical attitudes were expressed about senior leaders of the Durham Regional Police Service in Martin v Ontario Civilian Police Commission (OCPC), where a “crisis of confidence” stemmed from a “deep sense of mistrust in the judgement, integrity and capacity of the Service’s leadership”. In this case, the court described allegations that senior leaders of the service went so far as leveraging internal disciplinary processes to harass members into submission, prompting the OCPC to appoint a civilian administrator to relieve the chief of police of many of his duties.

Given the importance of their role, one major question is: how do toxic leaders come to hold positions of power in the first place? In the case of the former governor general, we’ve come to learn that Prime Minister Trudeau personally selected Payette for the position, circumventing the normal process of selection based on recommendations from an independent panel of experts. ‘Cronyism’ has been a controversial topic in policing; officers regularly cite a lack of transparency in the promotional process as a problem with police culture. In the Calgary Police Service, a report published in 2013 referred to promotions as “selection by connection”, while in the RCMP, those who received promotions were said to have subscribed to the “friends and family plan.”

It comes as no surprise that studies regularly confirm what police officers already know: police officers experience high rates of job-related burnout and diminished levels of mental health. Although it is not a medical condition, the World Health Organization recently added burnout to its International Classification of Diseases. The WHO defines burnout as “chronic workplace stress that has not been successfully managed”, characterized by exhaustion, cynicism, diminished work performance and mental distancing from work.

Toxic leaders have the potential to further degrade the mental health of their people by inducing feelings of anger, anxiety, depression, emotional exhaustion, fear, insomnia, social isolation and stress. One study by researchers from Griffith University found that a single perceived toxic behaviour was enough to induce “significant harm” in 22 per cent of respondents. What matters here is how stress is perceived. Stress that is viewed as a challenge is generally believed to be beneficial. It pushes people beyond their comfort zone, builds character, and helps individuals grow. On the other hand, stress that is perceived as a threat induces measurable, negative effects.

A Canadian study exploring stressors in policing, published in the International Journal of Stress Management, found that organizational stressors (such as negative interactions with supervisors) were perceived to be “significantly more stressful” than operational (or job-related) stressors. In fact, new research suggests that these stressors, when perceived as threats as opposed to challenges, can even lead to long-term changes in personality, which may help to explain the stereotype of the “jaded, old-timer”.

It’s important to note that it’s not just followers who pay the price for toxic leaders. Workplaces which turn a blind eye to toxic leaders see high rates of employee turnover. They also face financial consequences in the form of decreased work performance, endless external reviews and lawsuits. There are also reputational consequences; in a sobering statement about the reputation of the RCMP, Bastarache suggested that the widespread bullying and harassment had “forever tarnished the image of the RCMP as a Canadian icon”.

Although few studies have explored how employees cope with the effects of toxic leaders, it’s clear that leaders play a significant role in their well-being. By now, most police services have embraced basic well-being initiatives like employee assistance programs, peer support and anti-harassment policies. These approaches, however, are reactive. Although they are a good start, more needs to be done. Organizations need to engage their people proactively. Specifically, they need to teach their members coping strategies for stressful situations, empower members to resolve conflict, reduce barriers to a healthier work-life balance; and of course, hire, train, and promote better leaders.

“Members of the OPP, and indeed within police services across Canada … are anxious for a leadership model that develops and supports a ‘climate for wellbeing’ – a positive team environment where leader role modelling validates early help-seeking behaviour and support becomes a shared function with team members also looking out for one another,” Government of Ontario, 2020.

Leadership in policing is characterized as ‘management-by-exception’—a form of transactional leadership where leaders only give feedback to subordinates when their actions deviate from pre-defined standards. It is reactionary. Describing police leadership in the ‘90s, David H. Bayley wrote that “police organizations treat their personnel like children – ordering them about without explanation, requiring them to ask permission when exercising the slightest initiative, and punishing them for petty infractions by way of setting an example.” Bernard Bass, the foremost authority on transformational leadership, explains that leaders are often the most stressful part of the workplace.

Transformational leadership involves four specific, proactive behaviours known as the Four ‘I’s: inspirational motivation, intellectual stimulation, idealized influence and individualized consideration. Inspirational motivation involves appealing to the intrinsic values of employees to motivate them to work. Intellectual stimulation includes framing problems as challenges and empowering employees to look for new ways of doing things. Idealized influence happens by setting a positive example, and individualized consideration means treating employees as the unique individuals that they are. By treating employees this way, Bass explains that transformational leaders can reduce stress, conflict and burnout by raising their sense of security, confidence and self-esteem. German researchers from Freie University note that these effects also extend to policing. They explain that officers see a reduction in burnout when they believe that their supervisors care about their health.

With mental health at the forefront of discussions lately, it’s time to recognize that long gone are the days of insisting on blind obedience. The fact that police services are organized as para-military institutions is not enough to justify outdated “do as I say, because I said it” leadership approaches. Even true-military institutions now acknowledge the impact of toxic leaders and embrace the benefits of transformational leadership. Policing is taxing enough without the added effects of toxic leaders.

Fortunately, organizational stressors like toxic leadership are easier to control than operational stressors. Rather than appealing via Twitter for members to seek help, leaders can instead improve member well-being themselves by adopting people-centred leadership practices. To affect this kind of change we first have to acknowledge the reality of our existing workplace culture. Next, we need to take meaningful, concrete actions to bring police leadership practices into the 21st century. If police services want to earn the trust and respect of the public, they would do well to earn the trust and respect of their members first.

Matthew Wood, is a police constable with the Toronto Police Service. He served 18 years with the Canadian Armed Forces and retired as a sergeant. He is also a graduate of the Master of Public Policy, Administration and Law program at York University.