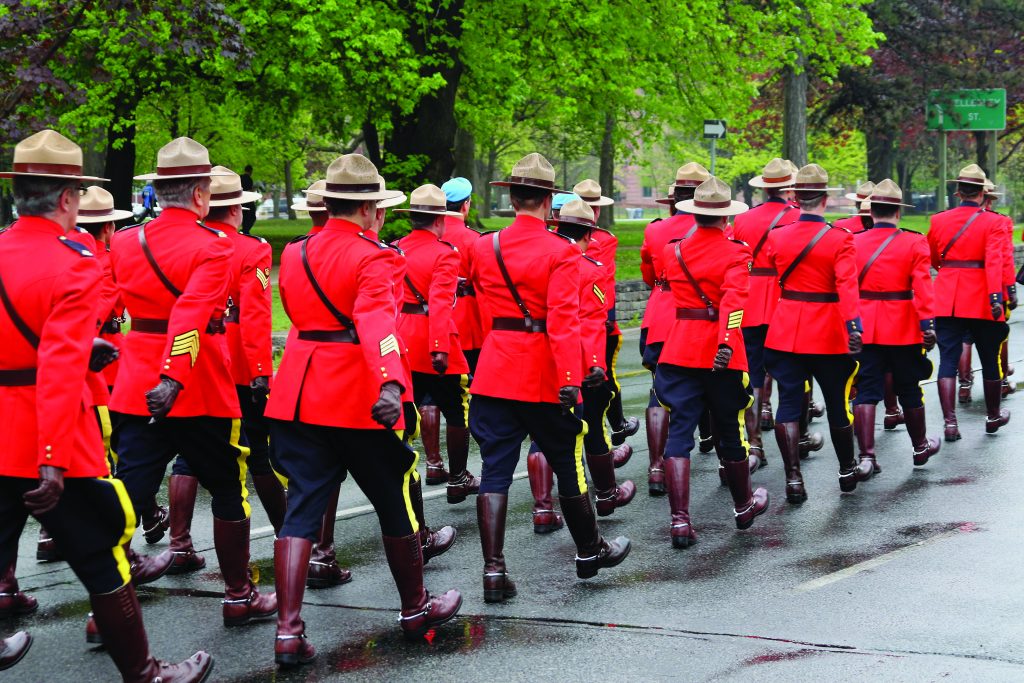 Understanding the correct approach to evaluating risk to officer safety

Almost 15 years ago, in 2007, I was called as an expert witness in a lengthy case. The case involved a complaint against the Government of Canada for failing to provide adequate safety protection to Federal Park Wardens. The complaint had been made by the Public Service Alliance of Canada (PSAC) who stated that their employer (the Government of Canada) required Park Wardens to carry out law enforcement duties but did not provide them with the necessary equipment required to protect themselves, specifically a handgun. At issue was the fact that Park Wardens may encounter situations that put them at risk of grievous bodily harm or death.

Following a Canada Labour Code investigation, it was determined that the Wardens were facing unacceptable risks and a directive was issued to the Government to correct the hazard, by either arming the Wardens or by eliminating their law enforcement mandate. In an attempt to fight the arming application, the Government recognized that though an attack against a Warden while conducting law enforcement duties was a ‘possibility’, the ‘likelihood’ of such an event occurring was so low that it did not meet a legal threshold for providing the Wardens with firearms.

After a prolonged Canada Labour Code hearing, Hearing Officer Malanka strongly disagreed with the Government’s position, and concurred that the statistically low probability of an act occurring is of very little relevance if it is still foreseeable, especially if the outcome of that act results in the serious injury or death of the employee. This is the very reason that frontline police officers across Canada are armed with handguns, despite the fact that almost all police officers will work their entire careers and retire having never had to use their firearm.

At the conclusion of the Canada Labour Code hearing, the Hearing Officer determined that Park Wardens were at risk of harm as a result of the law enforcement duties they had to carry out by virtue of their employment, and that the Government of Canada had a duty to mitigate that risk by eliminating the law enforcement mandate or providing the proper safety equipment. As a result, the Park Wardens were subsequently armed with sidearms, which they continue to wear to this day across Canada.

Fast forward to 2017, and the Government of Canada once again found themselves in the situation of being on the wrong end of the ‘duty to protect’ stick; this time not involving Park Wardens, but frontline officers of the RCMP.

On June 4, 2014, in Moncton, N.B., an assailant armed with an M305 semi-automatic .308 Winchester rifle and at least sixty rounds of ammunition, murdered three general duty RCMP members and wounded two others. In the aftermath of this tragedy, the RCMP was charged with four offences pursuant to section 124 of the Canada Labour Code R.S.C.1985 c. L-2 (the “CLC”), alleging a failure to ensure the health and safety of every person employed by failing to provide appropriate use of force equipment, training and adequate supervision. The case was tried before Judge Leslie Jackson in the Provincial Court of New Brunswick and after 24 days of evidence, Justice Jackson found the RCMP (Government of Canada) guilty of failing to provide the necessary equipment—patrol rifles and hard body armour—to frontline RCMP officers.

The tragedy of this case has its origins in Mayerthorpe, Alta. in 2005 when four members of the RCMP were murdered by a single assailant with a long-barrelled rifle. The officers were ambushed during a warrant execution on a rural property and were drastically ‘outgunned’, having only their service sidearms.

Shortly after the Mayerthorpe incident, another tragic incident occurred in Spiritwood, Sask. in 2006 when two RCMP members were ambushed and murdered by an offender armed with a long-barrelled weapon. This was another case of the RCMP being unequipped to properly manage the threat they faced.

A Public Fatality Inquiry was held in Alberta in 2011 in relation to the incident in Mayerthorpe. In his report, Assistant Chief Justice Pahl recognized the fact that RCMP officers were not properly equipped, in that they were not issued with patrol rifles. ACJ Pahl directed the RCMP to correct that deficiency.

“The statistically low probability of an act occurring is of very little relevance if it is still foreseeable, especially if the outcome of that act results in the serious injury or death of the employee.”

This case, while extremely tragic for the involved RCMP officers and their families, has extremely important lessons for law enforcement managers that can’t be ignored. In his written 65-page decision, Judge Jackson made significant comments about the legal standard that law enforcement agencies must understand and apply, pertaining to the potential risks and their duty to provide equipment and training to lower the risk of harm.

If the RCMP, and other police services, do not want to find themselves in the shameful position in the future of being found negligent in the protection of their officers, the following comments must be understood and applied.

“The RCMP suggests that the magnitude of the risk must be measured alongside its frequency. As I understand the submission, even though the risk is great, because the likelihood of such an event is relatively remote, due diligence has been met. I am not attracted to that argument. If a risk of injury and death exists in the workplace, the fact that, happily, it does not occur frequently does not serve as mitigation of the risk. Due diligence cannot be reduced to a mathematical or statistical calculation where an employer can ‘take a chance’ that because an event occurs infrequently, no, limited, or delayed action is an appropriate response. When the risk to the employee is great, due diligence requires a robust and timely response.” (para. 82)

“In January 2014, the RCMP Policy Health and Safety Committee raised a concern with the Commissioner regarding compliance rates for mandatory training for members, specifically that they were low. (Ex. 59) Mr. MacNeil testified that he knew from experience that the RCMP was not ensuring that all members were recertifying annually. This would be, inter alia, pistol and IMIM recertification; however there was no requirement for mandatory recertification for shotgun, rifle or IARD. Of the 22 first-on-scene members on June 4, 2014, five were not requalified on their duty pistol and 12 not requalified on the shotgun.” (para. 99)

“In my view, the RCMP have failed to establish due diligence. Front-line officers were left exposed to potential grievous bodily harm and/or death while responding to active shooter events for years while the carbine rollout limped along, apparently on the assumption that as the likelihood of such an event was relatively rare, a timely implementation was not required. As Watson J. said in General Scrap Iron & Metals Ltd. 2002 ABQB 665 at paragraph 100: ‘An approach which focused on likelihood of danger rather than on exclusion of danger where possible could encourage employers to engage in a chillingly brutal calculus of the odds of harm against the cost of its avoidance’. While I do not suggest that the RCMP made such a calculation, it is clear that their approach to the rollout was focused on the odds of an event such as the Moncton murders ever happening, rather than on their duty to ensure the health and safety of its members should it happen.” (para. 107)

“The RCMP position is that their officers who responded on June 4, 2014 had appropriate use of force equipment and training… It is clear to me that the use of force equipment available to those members left them ill-prepared to engage an assailant armed with an automatic rifle. Those witnesses who were members of RCMP management were unanimous in their opinion that responding front-line members were adequately equipped to deal with the threat they faced. Indeed, it appears that on this issue at least, they were all repeating ‘talking points’ designed to be the justification for their position. Their opinion is based on their observations made from the security of their offices; however, the view of the responding officers who were facing imminent danger is different.” (para. 108)

“Almost all members of RCMP management who testified at trial said that safety of their members was a priority… A real concern for the health and safety of front-line members responding to active shooter events would have seen a rollout of the patrol carbine prioritized and not left to the vagrancies of available funding. It would not countenance a plan for J Division where, after five years, only 10 per cent of front-line members had access to equipment which their own studies determined was an appropriate solution to a demonstrated need… RCMP members are not adequately equipped to be able to deal safely and appropriately with some of the threats they face during their daily operations.” (para. 109)

The lessons to be learned from these unfortunate cases are clear. Where an identifiable risk to officers exists, and that risk involves the potential for serious harm or death, the employer has a positive duty to remove exposure to the hazard (eliminate the task) or provide the necessary equipment and training. It is clear that the judiciary will not tolerate ‘dithering’ by police management in providing adequate protection for employees.

Will this lesson be learned? Or will we see another police service being placarded before a criminal court or other tribunal at the cost of police officer injuries or deaths in the future? As Winston Churchill wisely stated, “Those who refuse to learn from history, are doomed to repeat it.”

A 34-year law enforcement veteran, Chris Butler recently retired as the Inspector of the Major Event and Emergency Management Section of the Calgary Police Service in Alberta. During his time with the CPS, Chris was directed to lead project teams to evaluate and implement the Lateral Vascular Neck Restraint (2005), the Conducted Energy Weapon (2007) and the Patrol Rifle deployment to frontline officers (2008). Chris is the owner of Raptor Protection and Safety Services Inc., a company dedicated to the delivery of cutting-edge use of force analysis, risk assessment and public safety training. He can be contacted at chris@raptorprotection.com.