October being Breast Cancer Awareness month, the L'Assomption / Saint-Sulpice Police Service supports the pink ribbon cause in Quebec. This month four patrol vehicles are equipped with a pink-font lettering, with the O represented by a pink ribbon. 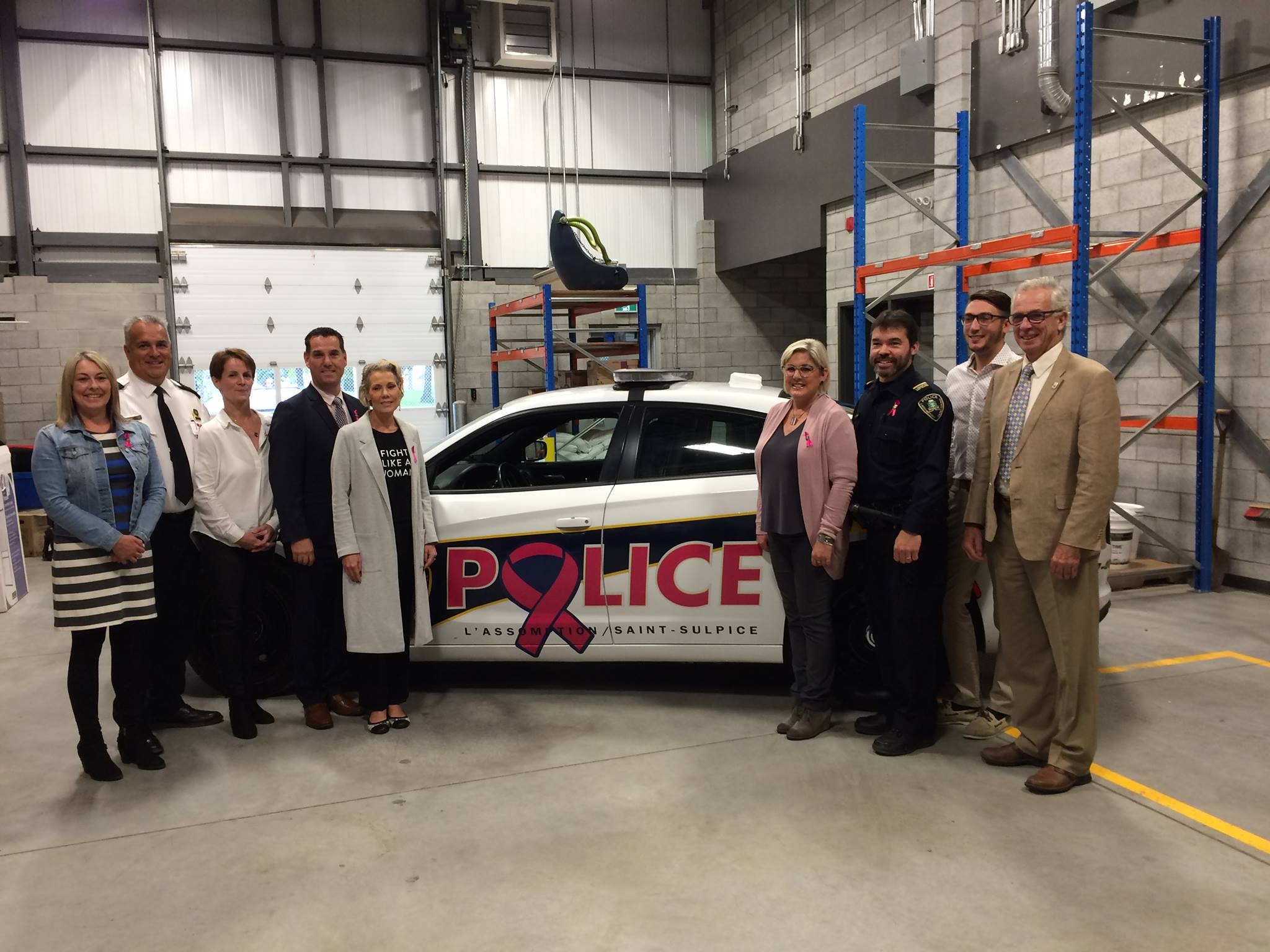 The idea of creating original pink lettering for the patrol cars was born while watching other teams sporting pink throughout the month of October. The L’Assomption / Saint-Sulpice Police Service wishes to publicly support the women affected by breast cancer. This initiative was made possible thanks to the participation of the City of L’Assomption and the L’Assomption Police Brotherhood.

“As part of this PINK project, the City of L’Assomption wishes to acknowledge the involvement of its police officers on the initiative of their colleague Danny Daneault, and this, in support of the breast cancer awareness month in Quebec. The fight against this terrible disease that affects our mothers, our spouses, our sisters, our aunts or our co-workers is particularly important to us. That is why it is important to join forces to publicly and tangibly support all those women affected by this disease, ” says Mayor Sébastien Nadeau.

Boxes for collecting donations are at the entrances of the municipal buildings of Saint-Sulpice and L’Assomption this month. In addition, you are invited to make a donation to the Police Department’s fundraiser by going on the Quebec Breast Cancer Foundation’s webpage, selecting the Lanaudière region, ROSE PROJECT. All funds raised will be donated to the Foundation.