Waterloo Regional Police Chief Bryan Larkin has been officially sworn in as the new president for the Ontario Association of Chiefs of Police, taking over from Charles Bourdeleau, Ottawa Police Service chief. 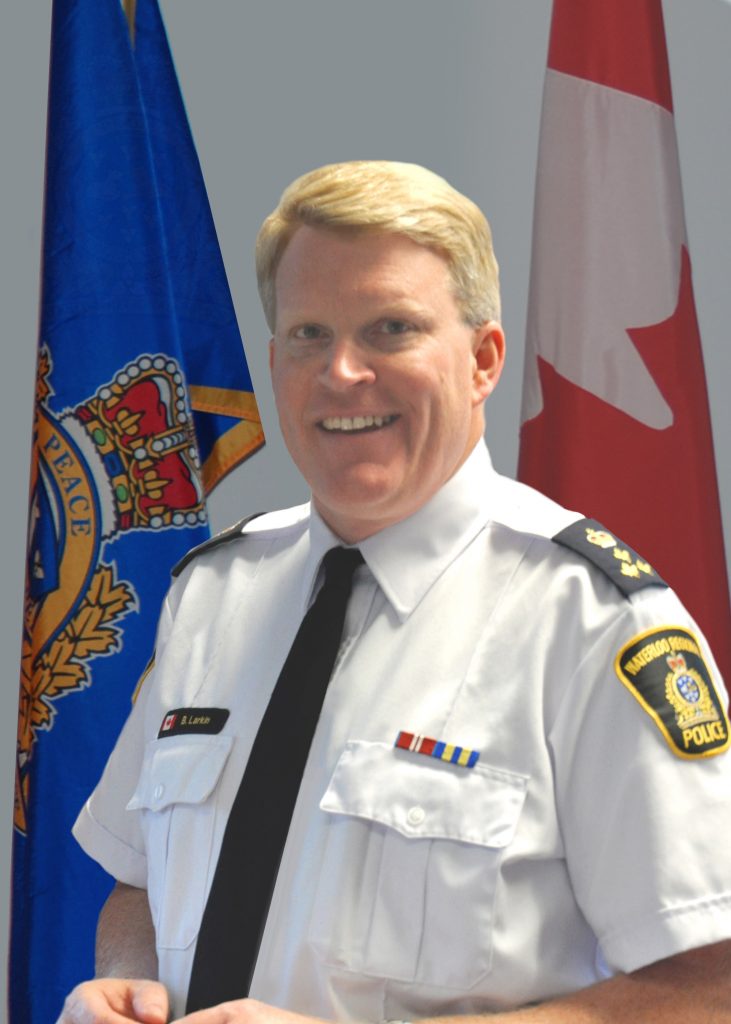 “It’s exciting as we have lots of things happening in public safety, not just policing,” Larkin said, pointing to the next generation of 911 as one example. “It’s an interesting year to be president as the province heads into an election. We’re obviously trying to put public safety on the government’s map.”

He said he hopes to focus more on occupational stress within policing, the Strategy for a Safer Ontario and supporting Justice Michael H. Tulloch on his work, including street check reviews and files.

“It’s humbling to be supported by your peers but this role also brings with it a tremendous opportunity for growth and reflection,” he said. “I love change and being a part of change and I think we’re at a pinnacle tipping point in policing provincially, where we’re going to set the course for the next generation.”

The OACP will be launching a new strategic plan, according to Larkin, who served as vice-president for three years and also sat on the board in the past.

Larkin’s presidency will run for one year, wrapping up in June 2018.

The Police Association of Ontario was formed in 1933 and adopted its current name in 1965.