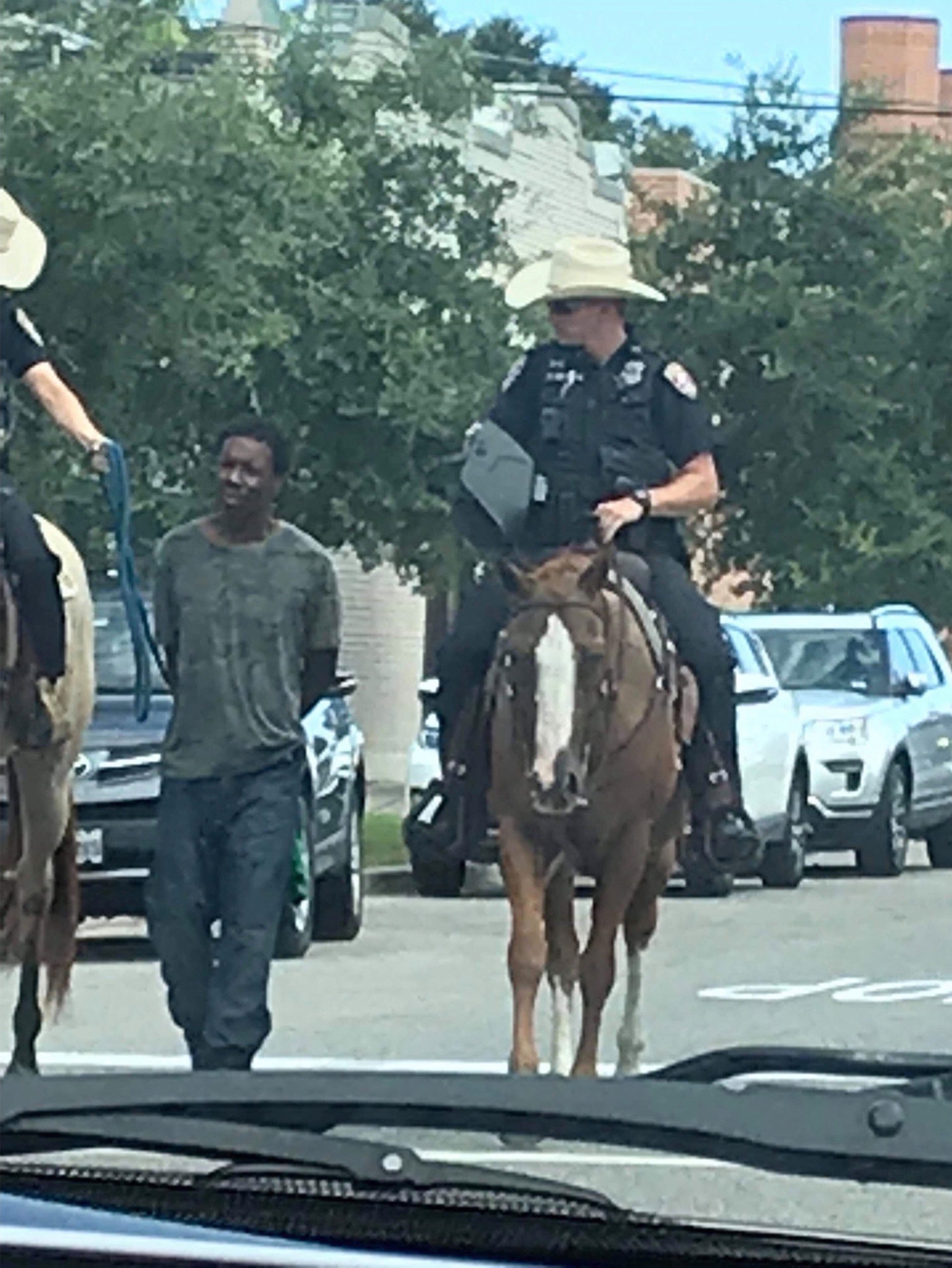 The Galveston Police Department sparked public outrage near and far, as reported by numerous media outlets, after a “a photo emerged of two white officers on horseback leading a black suspect in handcuffs down the street with a rope tied to him,” according to the New York Times.

“We became aware today of an arrest Saturday involving two mounted patrol officers and how the arrested individual was transported,” the police department said in a news release. “A transportation unit was not immediately available at the time of the arrest and a man was handcuffed and escorted beside two police officers on horses. While this technique of using mounted horses to transport a person during an arrest is considered a best practice in certain scenarios, such as during crowd control, the practice was not used correctly in this instance.”

The police department identified the arrested man as Donald Neely, 43, and noted he had been arrested for criminal trespassing.

“First and foremost, I must apologize to Mister Neely for this unnecessary embarrassment,” Vernon L. Hale III, the city’s police chief, said in a statement posted on the department’s Facebook page on Monday night. “Although this is a trained technique and best practice in some scenarios, I believe our officers showed poor judgment in this instance and could have waited for a transport unit at the location of arrest.”

The department identified the two officers as P. Brosch and A. Smith and said that the officers’ body cameras were activated at the time of the episode.

The chief said he has taken immediate action to suspend this technique of transportation during arrests.