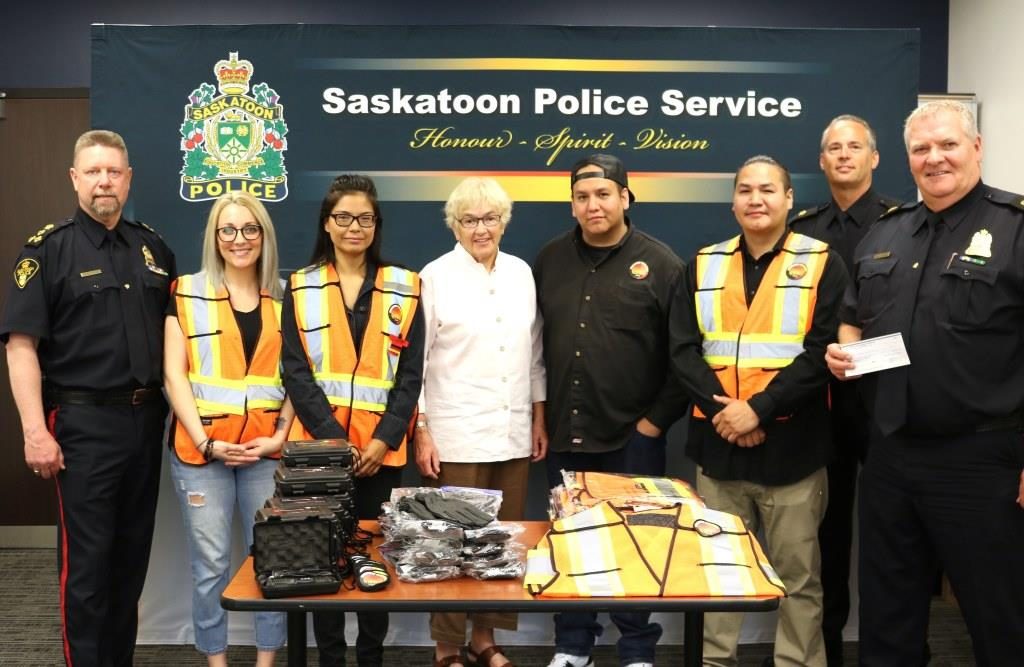 OPG, an Indigenous safety group of volunteers modeled after The Bear Clan Patrol in Winnipeg, was established in June 2018, after an attempted abduction of a 12-year old First Nation youth. On its Facebook page, OPG describes its mission as “acting as a harm reduction/prevention service,” and notes it strives to protect “the most vulnerable in our community.”

Police Chief Troy Cooper and Foundation Board Member Vera Pezer met with members of OPG to deliver newly purchased flashlights, knife resistant-gloves, identifying patches and vests.
“The foundation is pleased to provide this grant to provide equipment to OPG to assist it with its work with police,” Pezer said. “The mission and work of OPG and their contribution to the community policing model is endorsed by the foundation.”

Earlier this year, the police service also outfitted the group with radios to be used while they are patrolling.

“Community safety is a community responsibility, and we’re proud to have OPG as partners in achieving that,” Cooper said. “As we do with other established community watch groups, we will continue to provide support in whatever way we are able.”