The Fredericton Police Force (FPF) now has a new tool to assist with investigations thanks to the generous donation of a citizen. 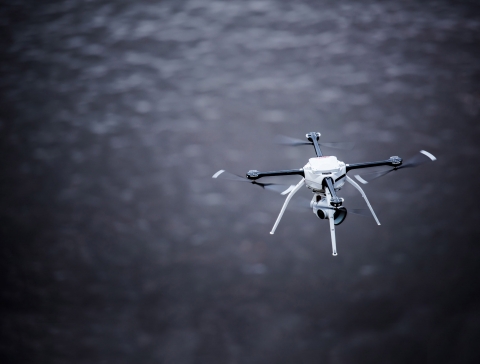 Stephen Costello, an entrepreneur originally of Fredericton, donated one of his company’s Aeryon Unmanned Aerial Vehicles (UAVs) to the FPF because of his connection to his hometown. His engineering company, Costello Associates Inc., uses UAVs for utility inspections.

“The system being donated was under-utilized at Costello,” Costello said. “I had high level discussions with Fredericton Police to see if there was interest in having a system donated.”

In addition to the used UAV, Costello is donating the cost of training on the UAV by its manufacturer Aeryon.

UAVs, such as the Aeryon UAV, are becoming more commonly used by police forces across Canada for operations ranging from search and rescue to disaster scene examination. The new FPF UAV will serve similar purposes, such assisting with searches for missing persons, river rescue and collision scene imagery and analysis. The FPF has been planning to acquire a UAV for several years.

Six FPF members will be trained as UAV pilots and undertake the necessary Transport Canada testing and examinations. A UAV usage policy will also be developed respecting Transport Canada regulations and all laws. The FPF also ensured existing policies around gifts were met before accepting the donation.

“The addition of the UAV will be of great assistance to our members and improve investigation outcomes,” said Fredericton Police Chief Leanne Fitch. “We have been planning to acquire a UAV for several years. The offer of the donation came at a good time in our planning and at a time when police forces across North America are using UAVs. New tools like these will help us serve the community. We thank Mr. Costello for his donation.”

The drone is expected to be operational in June.