Fredericton Police Chief Leanne Fitch will retire in 2019 after two terms in the position. 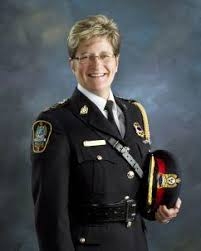 She was appointed chief in June 2013 after serving one year as acting chief and seven years as deputy chief. With more than 32 years in policing, Fitch spent more than 20 years in a broad range of frontline operational policing roles.

She was named Officer of the Year for both the Atlantic Women in Law Enforcement (AWLE) and the International Association of Women Police (IAWP) in 2002 and 2003 respectively.

She has earned her Police Officers’ Exemplary Service medal from the Government of Canada, the Queen’s Diamond Jubilee medal and the Member of the Order of Merit for the Police Forces (M.O.M) from the Governor General of Canada.