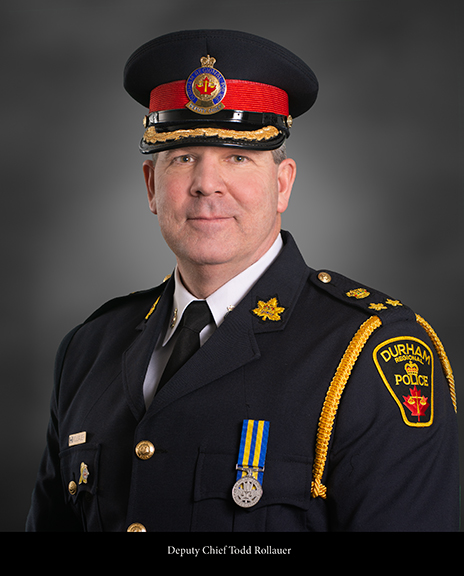 Rollauer began as a cadet with the DRPS in 1987. He has served at the senior level for the last decade, being promoted to inspector in 2010.

Prior to being appointed deputy chief in 2018, Rollauer was the Executive Officer to the Chief of Police.