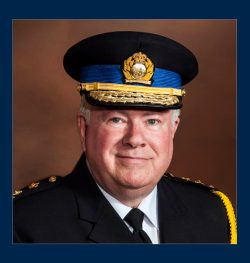 Halifax Regional Police has announced the passing of Retired Police Chief Frank Beazley. Chief Beazley was a distinguished leader and a community member who served the citizens of Halifax for 42 years as a police officer. Starting with his career in 1970 as an officer on patrol with the Halifax Police Department, he moved up the ranks and became Chief of Halifax Regional Police in 2003. He served in his role as Chief until 2012, proving to be an extraordinary leader who was well respected within the police service and in the community. He was also a member of the Nova Scotia Chiefs of Police Association and served as Atlantic Vice President of the Canadian Association of Chiefs of Police. Chief Beazley’s leadership has had a tremendous impact on the history of the Halifax Police Service, and his loss is being felt by many. 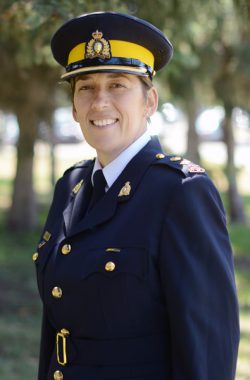 The RCMP in Newfoundland and Labrador have welcomed its new Commanding Officer of “B” Division, Assistant Commissioner Jennifer Ebert. Assistant Commissioner Ebert was born and raised in London, Ontario and joined the RCMP in 1997. She has been posted to Northwest Territories (G Division), Nunavut (V Division), Alberta (K Division), and Saskatchewan (F Division), before respectfully being named as the Commanding Officer of Prince Edward Island (L Division). She holds an Honours Bachelor of Arts degree from Lakehead University, a Police Leadership Certificate from Dalhousie University, and a Professional Leadership Certificate from the University of Regina. Prior to her service in the RCMP, Jennifer Ebert was dedicated to making change and being a leader in community organizations in her hometown of London, Ontario. After graduating from Lakehead University with an Honours BA in Political Science, the decision to become a police officer was a natural fit. Jennifer is passionate about public safety and the opportunity she had been given to contribute to the future of policing on a provincial, national and international level. 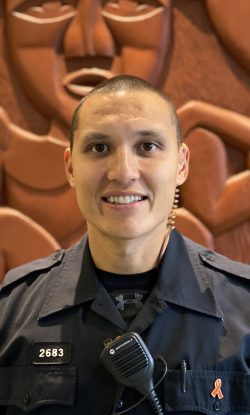 Vancouver Police Constable John Gravengard was recently selected by the B.C. Borstal Association, for the 2021 Chief R.J. Canuel Award of Excellence in Community Crime Prevention. Gravengard joined the Vancouver Police Department (VPD) in 2008 and has worked in patrol districts 3 and 4 for over 10 years. During his time in patrol, he began organizing what became known as “VPD Day”. This eventually turned into a two-day event, where secondary school students could attend and interact with volunteers and police officers from many different sections within the VPD. Since 2019, Gravengard has been the Musqueam Neighbourhood Police Officer. Early intervention is what Gravengard believes in, and his passion to help youth began well before landing this role. As a result of the relationships Gravengard has built over the years, this allows him to work closely with the community members to help resolve conflict, by using alternative dispute resolutions in conjunction with Indigenous Cultural practices. Gravengard continues to work in partnership with the Musqueam Security Team.

Regretfully, the Timmins Police Service acknowledges the recent passing of retired Inspector George Dasovich. Dasovich served the community of Timmins for 32 years, leading to his eventual retirement. He was known for having a calm disposition and professional comportment in uniform. Dasovich passed away unexpectedly due to surgical complications on November 7th at the Northumberland Hills Hospital in Cobourg. George always led by example and was consistently regarded as a man of integrity with a gentle nature. He valued community service and applied a solid work ethic to his investigations and placed a high priority on thoroughness and attention to detail. His contributions to law enforcement and his community are commendable. The Timmins Police Service sincerely hope that his surviving family members are coping with this loss and are fully aware of the positive impact that Dasovich had on his workplace, his colleagues, and his community.

PROMOTIONS, RETIREMENTS, RECOGNITION • If you have an officer in your agency recently promoted or retiring or an individual you wish to have recognized (major award or recently deceased) you can let Blue Line magazine know by emailing: bschroeder@annexbusinessmedia.com.