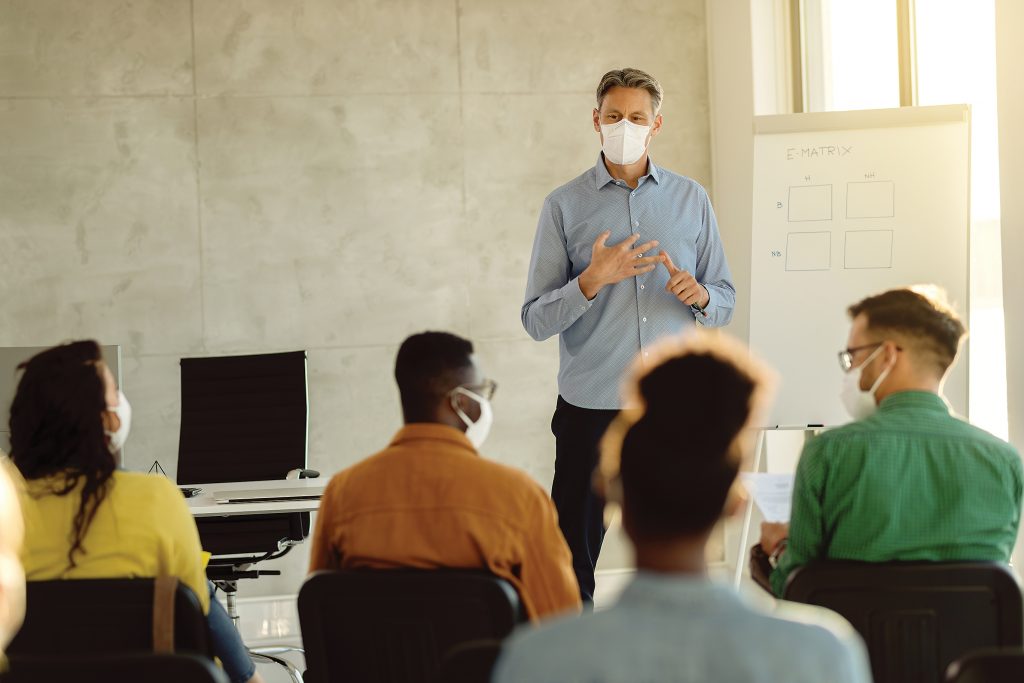 Decision-making in use of force situations often comes with time pressures and an incomplete understanding of the totality of the events. Gary Klein, an experimental cognitive psychologist who studies high performers in the military and law enforcement, believes that decision-making is driven by the expert’s perception of information. He developed the Recognition-Primed Decision model, which relies on individuals picking up salient cues, filtering the information in their environment and focusing only on important cues. The goal of this method is to create recognizable patterns that result in driving familiar responses and pre-learned patterns that lead to rapid decision-making.

One low cost method for training officers is utilizing officer dashboard/body camera videos. Any venue that offers a decision-making scenario to assess an individual’s viewpoint and allow for analysis of perception and internal processing, can be useful to law enforcement leaders. Within my agency, we used this technique and ran several pilot projects utilizing training simulators. Most officers reported finding the training beneficial and post-training reports confirmed carryover into improved decision-making on duty.

The training utilized a large screen that allowed the group to view the video for real-time analysis and dialogue with an expert facilitator and previously trained high-performers. The manner and specific language used by the facilitator proved to greatly affect the success of the model. We used a format that came directly from the training of Ken Murray of the Reality Based Training Association (RBTA). Murray encourages a specific way of speaking during a debriefing and uses the Socratic method to lead students to examine options. The methodology in both the presentation and facilitation are the key to optimizing the decision-making process.

When implementing a similar model, start by setting the context for the type of call officers will view (i.e. “uniform patrol call for service” and state any dispatch information). Then, play the video, pausing for analysis throughout. The facilitator/expert can describe what they saw, what relevance it had and how that drove their thinking toward certain options and actions. It is essential to involve the group in the discussion. This is the discovery phase. There are no “wrong” answers at this point in the training. Ask the participants to consider the following:

If the analysis is being conducting with experienced officers, the facilitator may also start by going around the room listening to the officers describe their views and considerations for the three questions first. If the main points of a high-performer are not brought up, the facilitator should look to utilize the specific language and techniques previously mentioned to bring attention to these areas. Using the “frame” of curiosity, the facilitator can open dialogues of other possibilities (free of judgmental tone or sounding preachy). This is essential. An instructor must be able to articulate all aspects of the program well, while also being able to demonstrate/perform the skills optimally to pass on the knowledge to students effectively.

Consider the following situational example: An officer, dealing with an angry male outside the front doors of your police service, requests another unit to attend. As the video plays, the officer’s body camera view turns the corner of the building and shows another officer on the ground about 20 yards away and a male standing over the officer.

When showed the scenario, many participant’s initial reaction was to rush over to the officer but, as we began discussing the various options, we received a drastically wide range of perceptions and considerations. Some reacted by getting a “final-firing grip” on their pistol while keeping it in the holster, having noticed the officer on the ground did not appear to be moving, meaning their firearm could have been taken. Having a final firing grip on their pistol meant that they were able to react faster if needed. While starting to run over to the officer they also radioed for additional units. Some indicated that they would be scanning for the holster of the officer as a priority upon approach. Others said they did not perceive any overt attack from the individual but noted that, with the officer incapacitated, an attack was possible. Some also voiced caution noting a second person could be at scene, armed but still out of view.

This brief example led us to identify several issues for further training and development. We realized many officers lacked effectiveness in operating their radio to deliver a quickly-formed statement about the events in real time. This led to a discovery that our agency had never brought the skills together before in formal training (we do now). We also found that emergency transmission skills were known to the officers but they did not optimally integrate the skill to create advantage when closing distance to a situation where they would need full attention and both hands free. Providing these insights helped officers better understand that, if they became caught up in a physical confrontation while responding to a situation, using effective communication early would ensure there were further resources coming. Should the situation de-escalate or be resolved, they always have the option to cancel the backup.

Because we utilize a pre-recorded video, officers may voice their thoughts and explain what actions they would take at that point (the pause point), but the next part of the video could quickly change the trajectory of responses. This is fine and often reflects reality. As things begin to take a different shape or direction, the “pause and describe/question” process is repeated. Each time, the goal is to highlight key points that many officers may not immediately consider. In order to tie it all together, once the initial scenario is complete and the “optimal decisions” are extracted, officers then demonstrate their knowledge in real time. They must “ace” the scenario (in front of their peers) to successfully complete the training.

Our training sessions last about 20 to 40 minutes. An overwhelming majority of officers said they found it beneficial—specifically by replicating “optimal” scenarios and understanding the situation better. They began looking for specific things in the scenario that they would not have considered previously. Recreating and simulating various scenarios has proven create durable, reproducible learning models.

Training police officers to use the ‘salient cues’ Klein referenced in his research
by recreating and simulating various scenarios has proven create durable, reproducible learning models. We found the highest level of success was fostered through unrushed, thought-stimulating discussions that can only occur in a non-judgmental learning environment. The process for then facilitating the questioning of officers and examining their thought process has been the biggest driver in yielding the best results.

Jeff Johnsgaard is a detective sergeant and a trainer for his agency and for the police college. He is a nationally certified instructor, certified by Force Science Research as an advanced analyst. He trains decision-making and use of force internationally within his company and externally as a consultant. Contact him at Jeff@NaturalTactical.com.