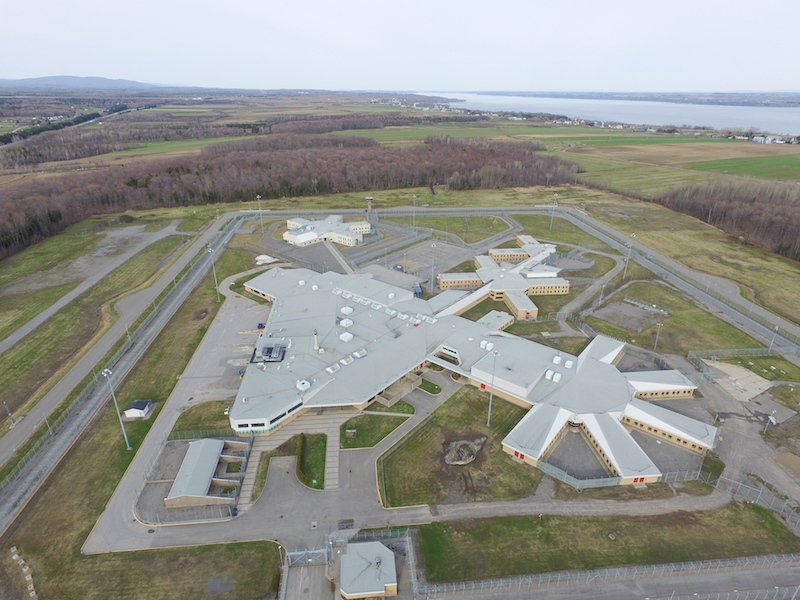 Donnacona Institution in Quebec is one of the six facilities slated for the drone detection pilot project. Photo: Correctional Service Canada

The Correctional Service of Canada (CSC) will be spending $6 million over the next three years to install radar-based drone detection equipment at six facilities after several recent incidents of small unmanned aerial vehicles (UAVs) dropping contraband into institutions or being used for illicit surveillance.

CSC says it has partnered with the National Research Council of Canada (NRC) for this “collaborative investigation.” The NRC assessed over 60 different systems/technologies and CSC posted a request for proposals on Buy and Sell Canada earlier this summer.

It is expected that approximately one million dollars will be invested this year to deploy drone detection systems to the initial institutions, CSC told Blue Line in an email.

“The published tender identified the general requirement, specifically ‘to prevent contraband delivery by humans or by drones,’ and provides a more detailed Statement of Technical Requirements on what capabilities are sought and against which potential bidders will be scored. The emphasis is therefore placed on the need to be addressed, leaving it to potential bidders to develop the systems, or combinations of systems, that can best meet the outlined requirements.”

The six identified institutions were primarily selected based on the number of reported drone sightings, CSC stated, as well as ensuring that each CSC region be provided with at least one test site.

The pilot project will deploy drone detection systems in Mission, Collins Bay, Cowansville, Donnacona, Dorchester and Stony Mountain institutions over the next four years. Once in service, CSC said teams will measure the performance of these systems. At the end of the pilot project (March 2023), a report will be completed and will provide recommendations on the next steps with respect to deploying a national solution.

Following a successful tender process, CSC said it will aim to install the selected system at one site by March 31, 2020.

“Several incidents within the last few years have revealed that there is an emerging potential vector for introducing contraband to an institution created by small commercially available drones,” CSC stated. “Drones may also be used in illicit surveillance operations to gain intelligence to aid in an escape or other illegal activities.”