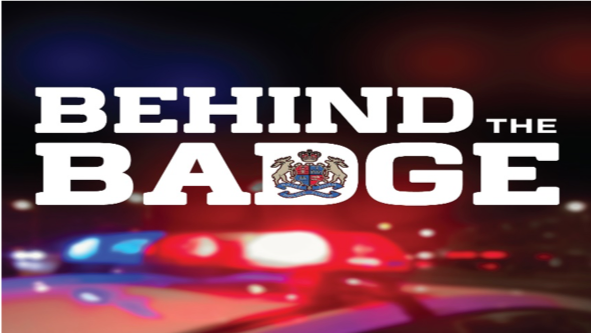 “There are so many people working everyday to ensure a smooth operation 24/7, and it is time to let Saint John residents know who they are and some of the work they do,” says Saint John Police Force Chief Bruce Connell regarding a new feature now available on the SJPF website.

“Behind the Badge” is an initiative that has been in the works for the past few months thanks to the new communications/public information manager, Jim Hennessy, who came on-board in August. It is an audio series on YouTube that takes a “comprehensive look at the day-to-day operation at the SJPF” in New Brunswick. The first of three segments, launched this week, features a brief but informative conversation with Chief Connell and delves into the force’s makeup and operations. Connell relays insights about the history, a landmark anniversary, an inside look at the communications centre, and the current issue of sustainability as well.

“When Jim was on tour of his new surroundings, there were so many things he was impressed with. As a former journalist, Jim quickly recognized excellent work by both civilian employees and also officers, and so the audio feature was born,” Connell says.

“The work and dedication by everyone at the Saint John Police Force is outstanding and there are so many skillsets that play a role in the day-to-day operation within the building,” Hennessy says. “This new feature will give residents a chance to meet some of the names and faces at the SJPF and get a better appreciation of how the force operates.”