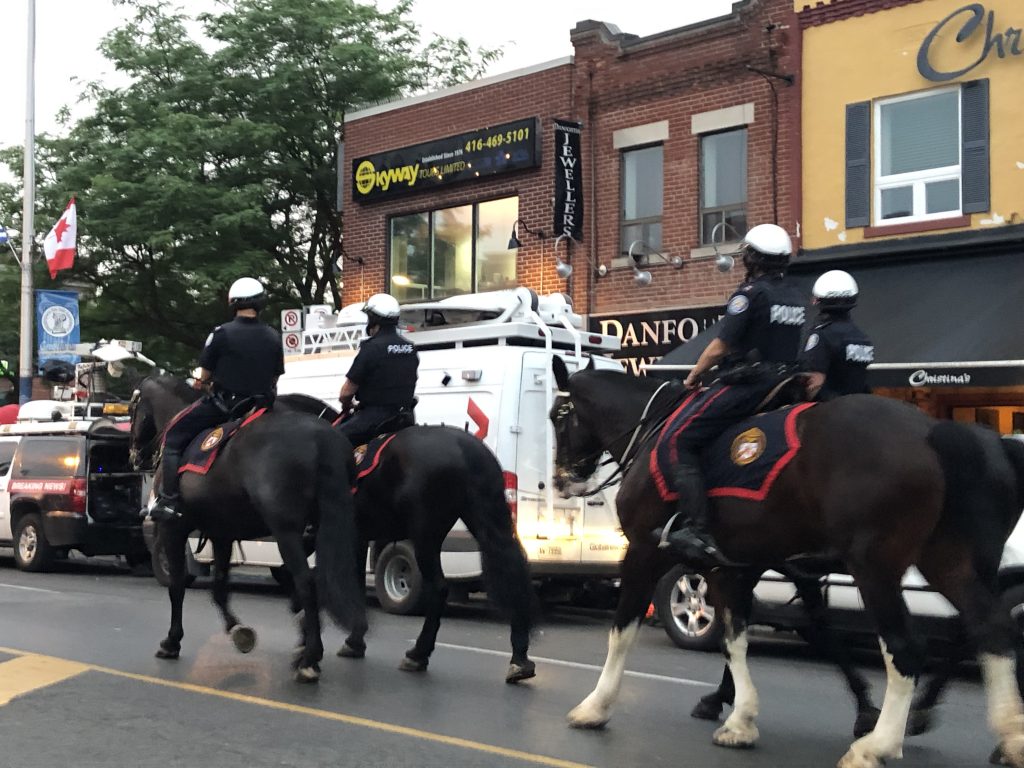 A vigil is held in Toronto's Greektown, marking the one year anniversary since the shooting. Photo: Naomi Szeben

TORONTO — The sound of church bells echoed through Toronto’s Greektown on Monday night after the names of victims of a shooting rampage were read aloud during a vigil marking the first anniversary of the tragedy.

Community members held a moment of silence during the vigil, which began at sunset, as light rain fell on a busy stretch of Danforth Avenue where the shooting left two people dead and 13 others injured.

“Their lives were changed. And the impact of what went on will go on for many years.”

Eighteen-year-old Reese Fallon and 10-year-old Julianna Kozis were killed in the shooting, and their names were read at a parkette where Fallon was with a group of friends celebrating a birthday when the shots rang out.

The lone gunman went on a shooting rampage before killing himself. Police have said the motive for the attack is not known, but the gunman, Faisal Hussain, had a long history of mental health issues.

Fallon’s sister, Quinn, placed photos of Reese on a tree in the parkette. She looked at the photos of her sister and hugged her friends, some of whom wore shirts that said, “Protect kids not guns.”

“It’s hard because this brought up a lot of memories from last year’s vigil, but it’s comforting at the same time,” said Quinn.

“I remember what happened every single day,” she said. “But to see people come out here to also remember is comforting.” 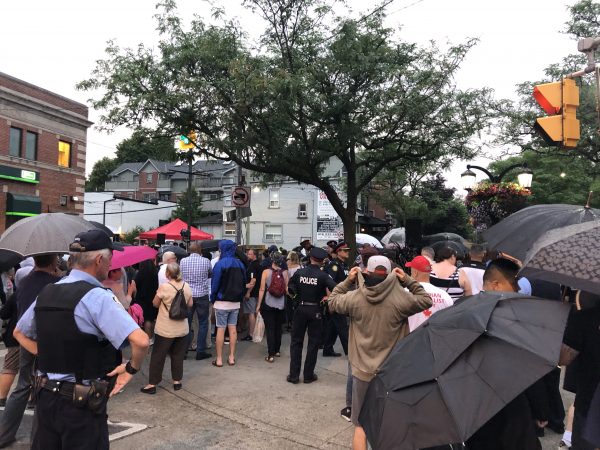 Fallon’s mother, Claudine deBeaumont, wiped away tears as she looked at candles and messages of support written on cards that were placed around a fountain in the parkette.

Mayor John Tory issued a statement earlier Monday, calling the day “a sad milestone for the Danforth community and the entire City of Toronto.”

“A year later, the healing continues for the families who lost loved ones, for the injured, and for those who were traumatized by this terrible event,” the statement said.

A commemorative ceremony was also held Sunday at a nearby park where the community gathered for a moment of silence.

Omar Hassan said he attended Monday’s vigil because he wanted to show his support for the community in person instead of reflecting on the tragedy on his own.

“I wanted to be another person, another number, to show support and share this experience with the community,” said the 25-year-old.

Shirley Ferris said she came to help the community heal from the tragedy.

Ferris said she is a chaplain with the Billy Graham Rapid Response Team, which provides emotional and spiritual support for victims of tragedies around the world. She said she came to the Danforth last year after the shooting to pray with community members and help them cope.

“Healing is a long journey and everyone does it differently,” said Ferris. “These vigils and memorials allow people to heal and share their stories.” 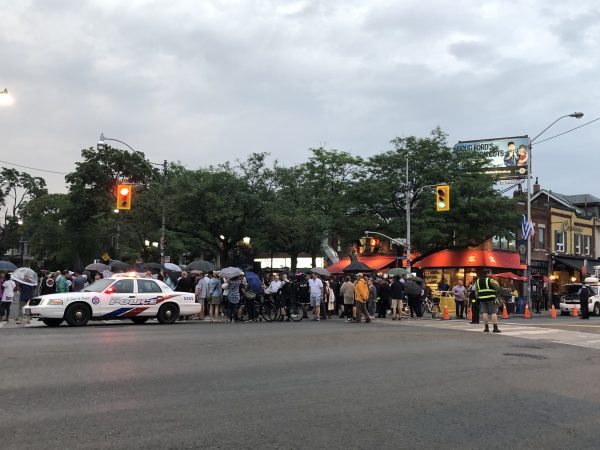