TORONTO — A group of young girls clung to each other Wednesday evening in Toronto’s Greektown, as they mourned a friend and teammate who was killed by a 29-year-old gunman just days earlier in the same neighbourhood. 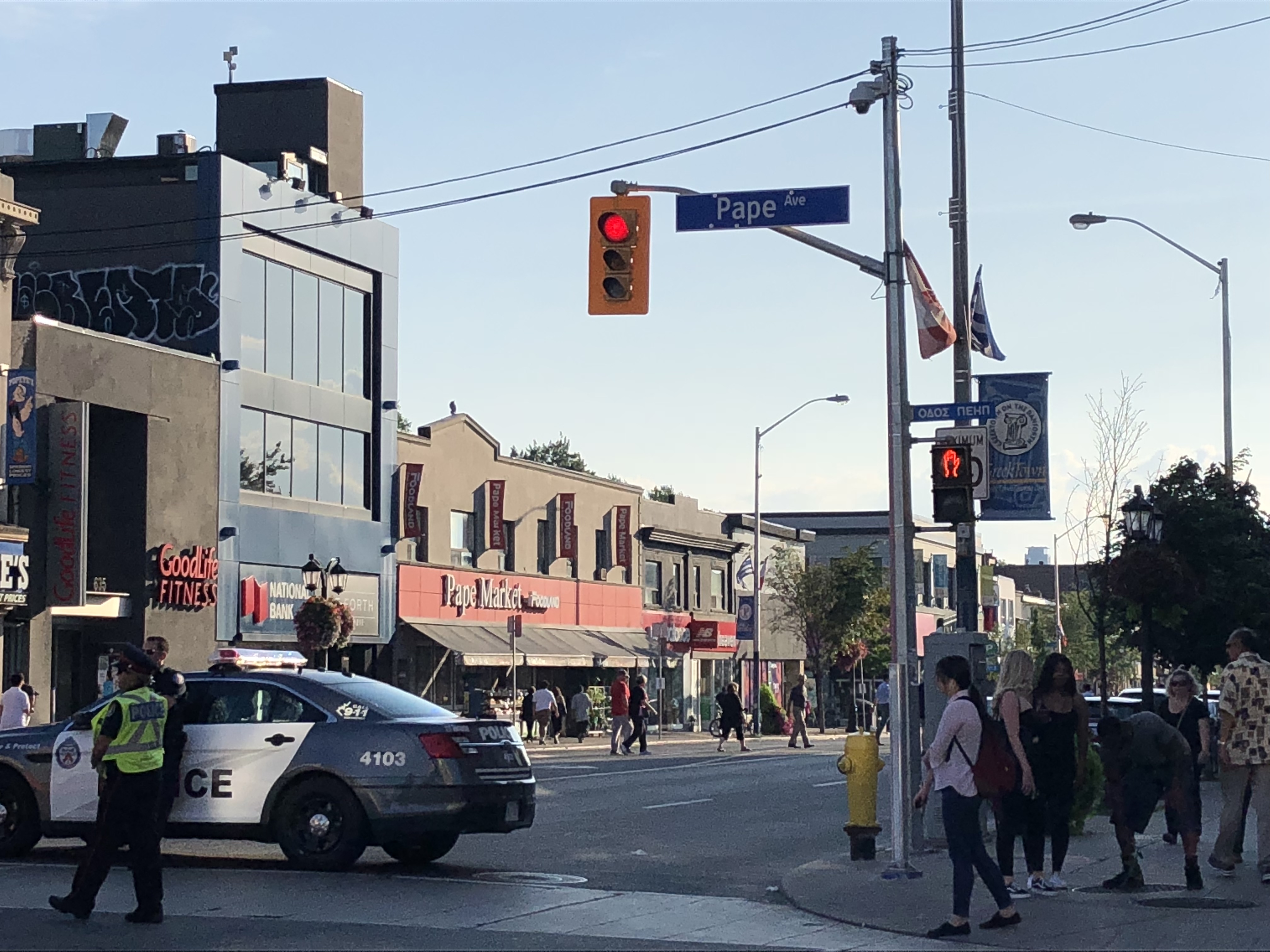 A stretch of Toronto’s Danforth Avenue was packed with mourners as the community gathered for a candlelit vigil to honour 10-year-old Julianna Kozis of Markham, Ont., and 18-year-old Reese Fallon of Toronto, who were killed in Sunday’s shooting. Thirteen other people were injured, and five patients remained in hospital as of Wednesday afternoon. The gunman, identified by Ontario’s police watchdog as Faisal Hussain, was also killed.

Hundreds of mourners gathered at the corner of Danforth and Bowden Avenue to start Wednesday’s procession, which ended at the nearby Alexander the Great Parkette.

At the parkette, a moment of silence was held to honour Kozis, Fallon and those injured. A rendition of Leonard Cohen’s “Hallelujah” brought some in the crowd to tears, including members of Kozis’ swim team, who hugged each other and sobbed as the crowd sang along to the mournful ballad.

Howard Lichtman, a spokesman for the Danforth Business Improvement Association, which co-organized the walk, said he hoped the event would give the community a chance to “re-claim” the neighbourhood after the attack.

“This walk is for those that were senselessly killed and injured. And it’s a thank you to the first responders,” he said.

Karen Chandler, a longtime resident of Greektown, said she attended the vigil because she walks along the Danforth every day — but Wednesday evening was quite different.

“It’s hard to imagine that a tragedy like this could happen on pretty much your doorstep,” said Chandler.

Before the vigil began, Reverend Sarah Miller said she hoped the incident did not “stigmatize those with mental health issues,” adding: “We recognize that this doesn’t represent the Muslim community or the practice of Islam.”

The shooter’s family has released a statement saying he struggled with depression and psychosis his entire life, but none of the medications or therapies he tried managed to work.

Toronto’s police chief said Wednesday there was no evidence to support a claim from the Islamic State terror group that it was behind the attack. The federal government also reiterated that there was no national security connection to the gunman.

Among those in attendance at Wednesday evening’s event were Toronto Mayor John Tory, Markham Mayor Frank Scarpitti and Ontario Premier Doug Ford. Toronto councillors Mary Fragedakis and Paula Fletcher, whose wards include parts of the Greektown neighbourhood, led the procession.

Speeches were read by representatives of the Danforth BIA and a long-time resident of Greektown who heard the gunshots on Sunday night.

On Wednesday evening, the CN Tower was to be lit blue and white in support of the Greektown neighbourhood.