The Vancouver Police Department is adopting a new crime prediction model that allows the VPD to “forecast the location of property crime and take proactive measures to prevent it”. The VPD says it will become the first police agency in Canada to use this type of predictive technology for operational purposes. 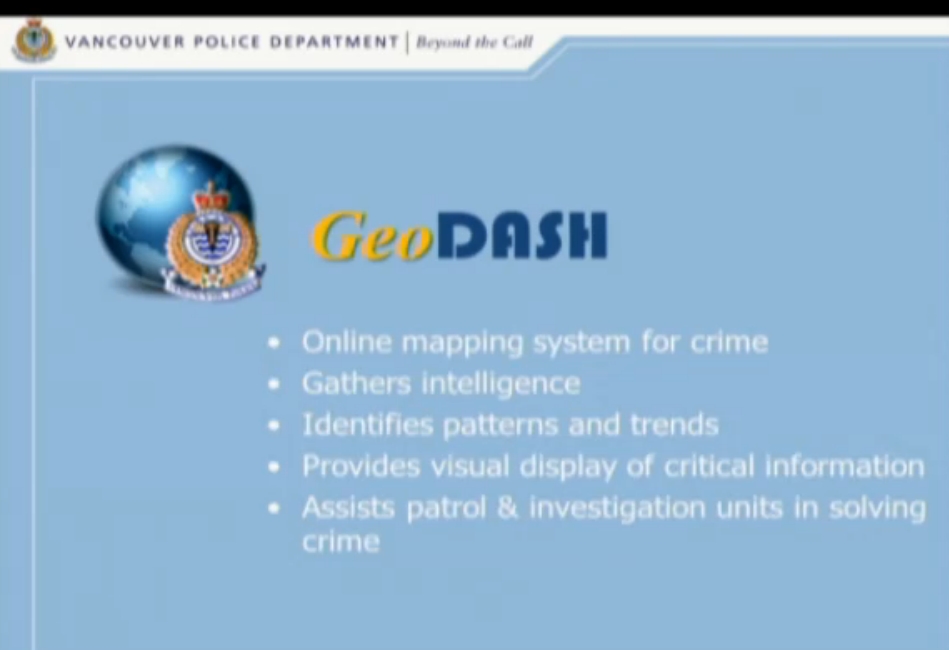 “We are always looking for new and innovative ways to help combat property crime in the city,” says Chief Const. Adam Palmer. “This new predictive technology gives our front line officers one more tool to use to supplement our traditional policing methods.”

The new model is being implemented after the VPD ran a six-month pilot study in 2016 that contributed to a “substantial decrease” in residential break-and-enters.

The pilot ran from April 1 to September 30, 2016. The number of residential break-and enters during the test period was compared to the monthly average over the same period for the previous four years (2012 to 2015). The highest drop in property crime – 27 per cent – was measured in June.

The new model provides data in two-hour intervals for locations where residential and commercial break-and-enters are anticipated. The information is for 100-metre and 500-metre zones.

The VPD’s new predictive policing model is built on GeoDash – an advanced machine-learning technology that was implemented by the VPD in 2015. A public version of GeoDash was introduced in December 2015 and is publicly available on vpd.ca. It retroactively plots the location of crimes on a map to provide a general idea of crime trends to the public.