The force believes it’s one of the first agencies in Canada to have dogs that can detect explosives by smelling the air around them, as it tells the Vancouver Sun 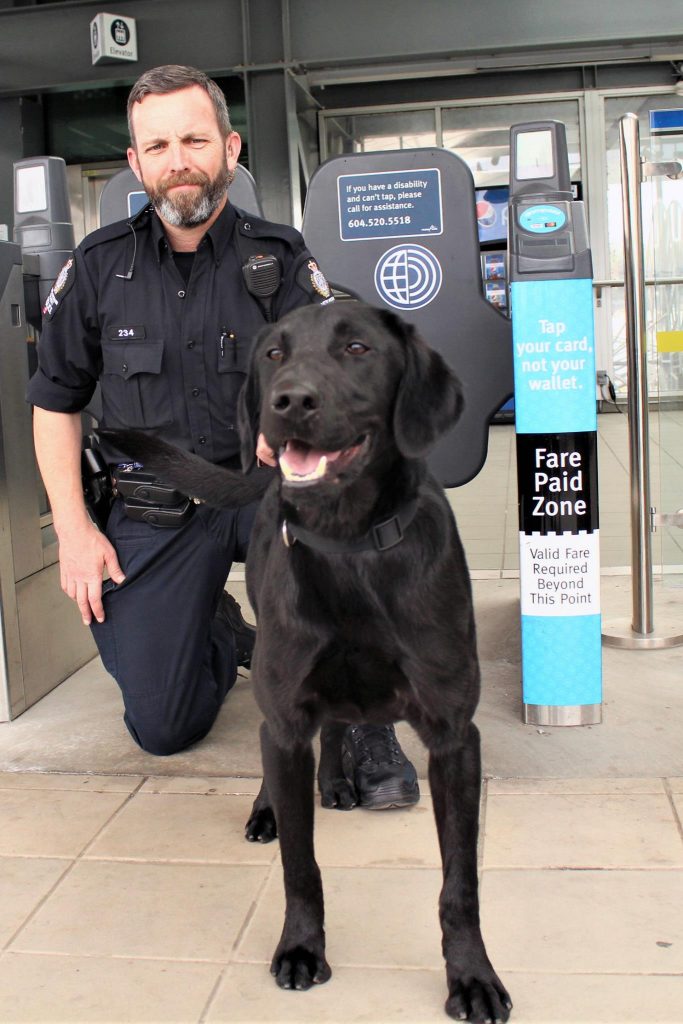 “This is just blowing my mind with what these dogs can do,” McGuinness said.

The article goes on to say:

McGuinness, who joined the Transit Police in 2016 after more than 30 years with the Vancouver Police Department, has taught the department’s six dogs to find a person carrying explosives by following their vapour-scent trail.

The practice is common in the U.S. — the New York Police Department has about 50 explosive-detection dogs on its transit system, half of which have vapour scent training, and organizations like the NFL and NBA use the dogs.

Via Rail’s police force was the first in Canada to use similarly trained dogs, which it brought on board in fall 2017. The dogs are used in stations and on trains “as a preventive measure” to screen large crowds without impeding traffic, according to spokesman Malcolm Andrews. McGuinness has not heard of any other Canadian agencies using vapour scent trained dogs.

The RCMP Police Dog Services Training Centre does not use vapour scent training techniques in their dog training.