News
The Guardian: police outnumbered by private security in most countries

New research from The Guardian finds that private security guards are becoming an increasingly common sight across the world. 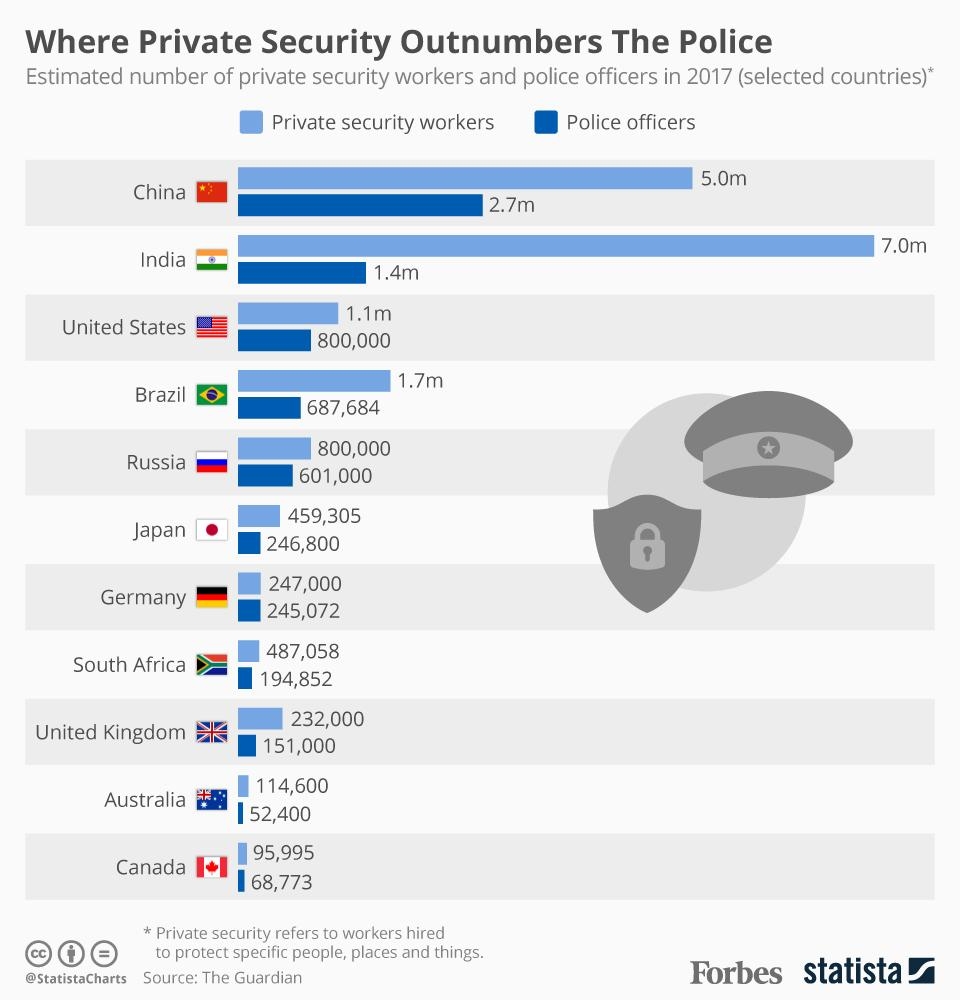 “The global market for private security services, which include private guarding, surveillance and armed transport, is now worth an estimated $180 billion (£140 billion), and is projected to grow to $240 billion by 2020,” a Guardian article reported. “This far outweighs the total international aid budget to end global poverty ($140 billion a year) — and the GDPs of more than 100 countries, including Hungary and Morocco.”