Features
Sexual offending in a transit environment: closing the gap between theory and prevention 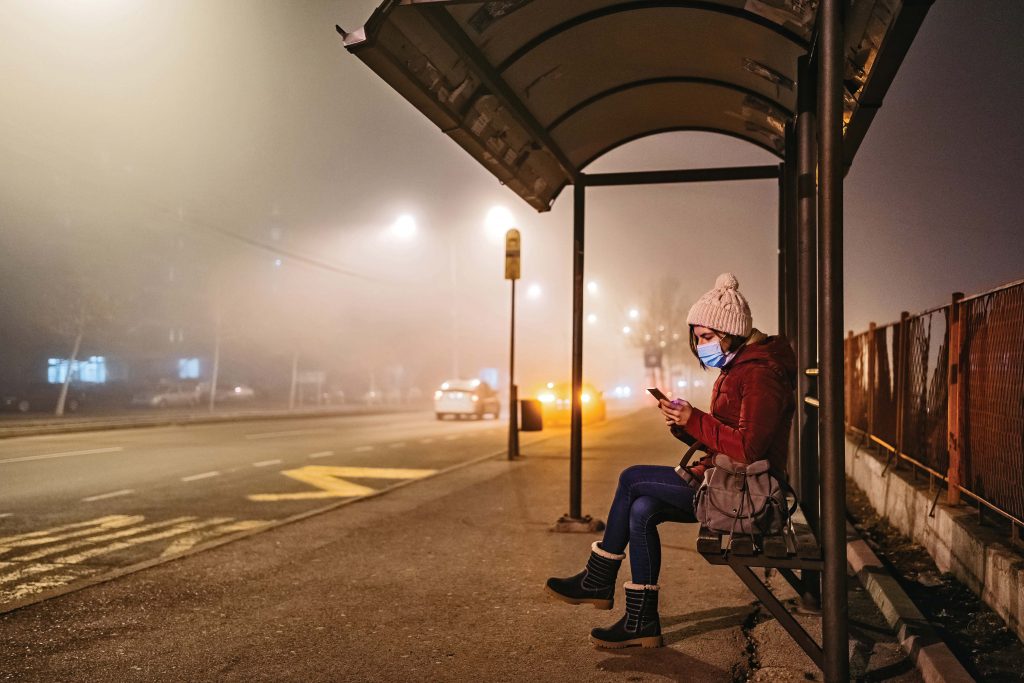 Crowded transit environments can create ideal conditions to facilitate sexual harassment, inappropriate touching, or groping. Many offenders attempt to disguise these acts as incidental, caused by the bumps and turns in the journey, and women make up the vast majority of victims. Many transit authorities acknowledge that women’s safety on transit is an important issue, while researchers argue that acknowledging women’s safety has not led to many policy or practices that address the issue.

Research on sexual offences on transit mostly focused on rates of occurrence, perceptions of fear, and categorizations of offences. However, research has also not led to much policy and practical implementation regarding women’s safety on transit. There appears to be a gap research and practice, and police may be able to bring the gap with data available to them.

Aggregate data showed that sexual assaults occurred at an almost equal rate from Monday to Friday.  The time that sexual assaults occurred the most in the case study was between 4 pm and 6 pm. The findings for days and times reflected peak travel times and ridership usage, which was to commute to and from work or school. The findings were also consistent with studies in New York and Brazil’s Sao Paolo that found that sexual harassment and sexual violence were associated with peak ridership times and days.

The MVTP received 171 (41.6 per cent) reports from victims who called into the police service. There were 129 (29.9 per cent) reports from victims who observed and spoke to a uniformed transit employee before completing their journey; and 10. 7per cent or 44 reports from individuals who utilized Transit Police’s SMS text reporting service that was introduced in 2013. It was interesting to observe how many incidents were reported in person before the victim completed their journey; such data is supported by research, which suggests that the public views police on foot more favourably to police in vehicles, and police wearing visibility vests appear more positively to the public than police in regular uniform.

Lastly, the case study revealed possible seasonal patterns in sexual assault on transit. The data revealed that May (50) and July (54) had the highest aggregate number of incidents in the sample period. Together, May and July accounted for a quarter of all reported incidents suggesting possible seasonal patterns of offending, which was consistent with seasonal findings in a study of sexual offences on a Sao Paolo public transit system.

There is plenty of research available on sexual offences in general, however, little research has delved into the niche of sexual offending in a transit environment. Much of the research into sexual offences on transit has focused on categorizing types of sexual misconduct and identifying rates of occurrence. Police agencies have valuable data available to contribute to the discourse, specifically, data about how sexual assaults on transit are committed. The following are potential sources for data gathering:

A template can be a valuable tool for an agency interested in cultivating empirical data about sexual offences and having accurate, up-to-date information available. A template can prevent endless hours of reading through reports and the need to manually extract data onto spreadsheets. This makes data for potential projects or policy decisions available much sooner. A template can quickly capture information such as a suspect’s behaviour prior to, during, and after the offence; as well as the victim’s behaviours prior to, during, and after the offence. By simply checking boxes, micro spatial data can be collected like seated versus standing, boarding versus exiting.

The MVTP adopted a text messaging reporting service in 2013 and its use has grown every year since. Research to date indicates the MVTP receive approximately 10 per cent of all reported sexual assaults through the text service. Victims of sexual assault face many personal and social barriers when deciding whether or not to report to police, and a technological convenience like text reporting will not on its own increase reporting. Reporting sexual assaults through text message could become more common as a culture around making text reports to police grows. A reliable technology that can cater to the broadest audience through languages, imagery, or text-to-speech options could help to bridge barriers to reporting.

One study showed that 65 per cent of sexual assault victims told someone they trust about the incident whereas only five per cent of victims reported it to police. An alternative could be to create or leverage anonymous third-party reporting via apps, hotlines, websites, and building community connections, which present opportunities to capture information that would otherwise go unreported.

More and more transit systems have transitioned to digital fare media. The transition comes with new opportunities for intelligence led policing. Research into pickpocketing on transit systems using digital fare media suggest that offenders may have irregular travel patterns, which can be compared, isolated, identified, and compared against ‘regular’ travel patterns. Sexual offenders on transit are thought to have atypical travel patterns as part of their victim selection process and, according to experienced NYPD (New York Police Department) transit officers, sexual offenders on transit exhibited similar behaviours to pickpocket offenders.

Building a database is one starting point to addressing sexual offences and a well-timed public awareness campaign could help to increase reports to authorities. Awareness campaigns could also promote a supportive culture that addresses the barriers victims or even witnesses may face in reporting to police.

Further, awareness campaigns are often used to promote a service like a text reporting service. It is recommended that victim advocacy groups are consulted when designing such campaigns so that victim interests and perspectives are represented. In a transit environment, print media and audio messages are the traditional methods where a message can be communicated. Recently, transit systems have begun providing Wi-Fi at stations or onboard vehicles. This offers new opportunities for transit authorities to communicate messages to passengers.

There has been much research into the occurrence of sexual offences in a transit environment and that research has focused on the occurrence of sexually related behaviour; categorizing behaviours (i.e. sexual assault or sexual harassment); gendered perceptions of safety; and theoretical approaches to improving perceptions of safety. There appears to be a gap between research theory and prevention strategies. Police agencies can play a role by collecting detailed data that is up to date regarding transit sexual assaults. Such data has been generally inaccessible to researchers. Increasing the robustness of the database on transit sexual offending could provide the missing link to understanding the scope of the problem and from there evidence-based prevention strategies can be developed and tested.

[6] Simpson, R. (2017). The Police Officer Perception Project (POPP): An experimental evaluation of factors that impact perceptions of the police. Journal of Experimental Criminology, 13(3), 393-415.

Justin Biggs is an 11 year member with the Metro Vancouver Transit Police. He is currently working as a detective in the General Investigation Unit. In 2018, he completed a Master’s degree in Criminology focusing on Transit sexual offences. He can be contacted at Justin.Biggs@transitpolice.bc.ca