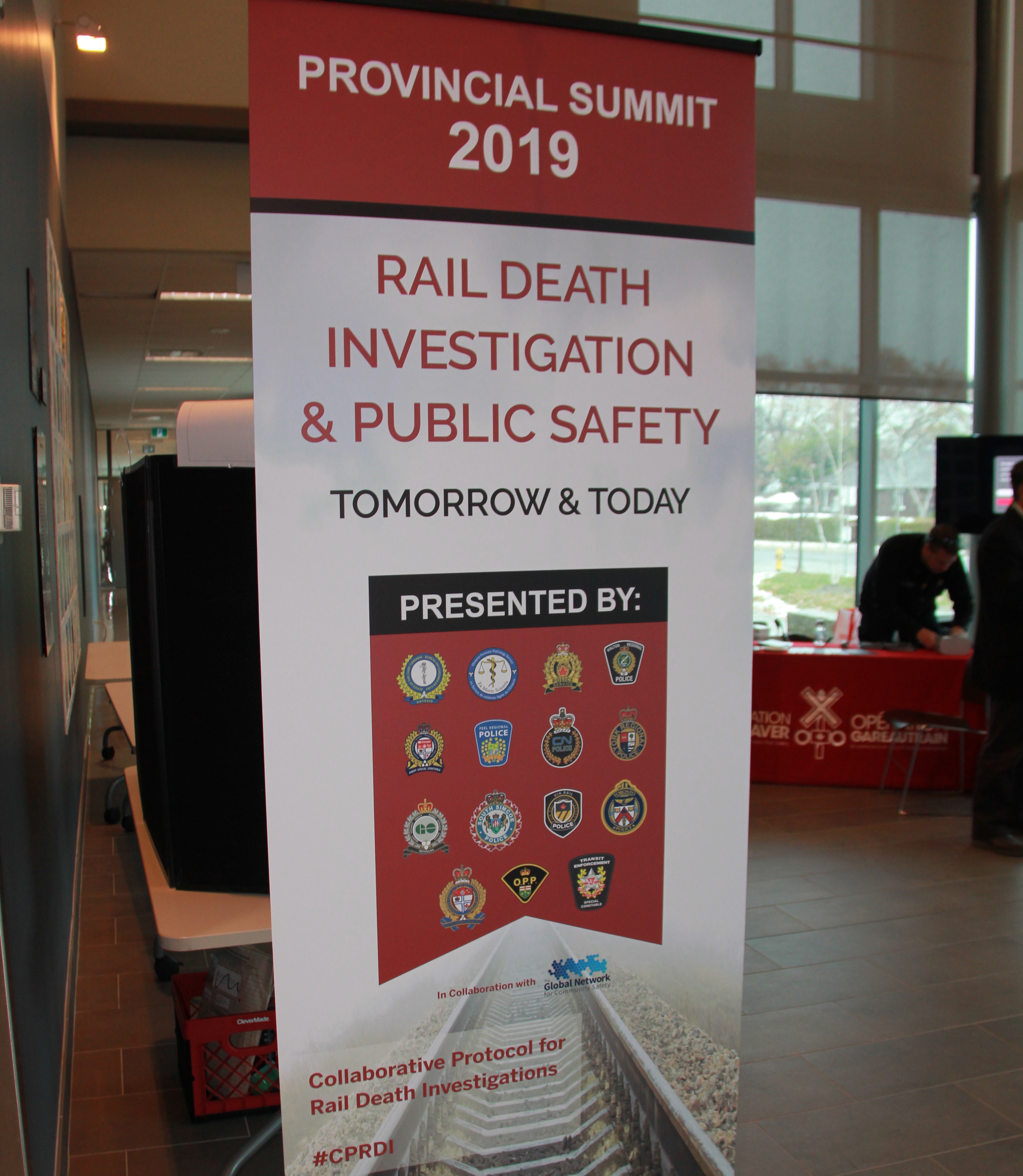 The eight-day CN Rail strike, allegedly the longest rail strike since 2012, was the talk of the town back in November as it sparked waves of supply disruption across the country. However, the rail conversation for me was centred solidly on community safety and collaboration within the ways we respond to non-suspicious rail death investigations. It’s a sensitive topic but it is one we cannot ignore.

I was honoured to be personally invited by Metrolinx Insp. Steve Harvey to this summit (you can read more about it in our news section). I hadn’t heard a lot about the protocol — despite its adoption by the Ontario Association of Chiefs of Police and its coverage at the 2019 CACP National Traffic Conference — and I was eager to learn more.

The protocol’s working group — comprised of police, transit/rail police and the office of the chief coroner/Ontario Forensic Pathology Service — has worked on this system of guidelines and best practices for the past two years. Essentially, it’s a protocol that outlines the roles of all players, from frontline staff to the coroner, and how to meet their responsibilities by working together.

The presenters proposed questions and ideas, such as the role technology can play in a coroner’s attendance and in fast-tracking the transfer of video footage from the train’s camera to police.

An on-scene CPRDI check list was also disclosed, with this preamble: “The primary goal is to release the train and tracks within 90 minutes (or less) of any non-suspicious death. Holding the train unnecessarily provides no evidentiary value and increases risks to public safety.”

It’s about much more than a delay, as Harvey told me — stopped trains may be causing blockages on roadway crossings, which in turn may impede emergency services responding to calls.

Allegedly, the U.K. is working on a similar 17-minute protocol, but I was impressed by some of the early results from the 90-minute process here in Ontario. Case studies from the Toronto Transit Commission, York Regional Police, VIA Rail Police and Chatham-Kent Police illustrated how implementing CPRDI not only resulted in an an expedited investigation, but also fulfilled “mutually shared goals.”

I also appreciated how the summit was consistently looking “beyond the collisions,” into their impacts and consequences… how one of the protocol’s principles is “readiness to move away from habits of the past.” Farewell to the silos and the excess photos of a scene that will be of no use.

“I was that guy,” said one former police officer who is now employed by a transit company. “I was the one holding the scene. I’m a converted individual now and I understand the impacts our decisions can have.”

I look forward to seeing more positive results as this protocol hopefully spreads across the country.

Find more photos and a video with Harvey at https://www.blueline.ca/rail-death-investigations-summit-rolls-out-collaborative-protocol/.