Features Photo Gallery
“Not a cop show:” Beyond the Badge looks at human element in policing

“You are all my stars,” said Larry Cappetto to the packed Cineplex theatre in Toronto on June 19 after a special film screening. “You’re the reason I’m doing what I’m doing — capturing courage.” 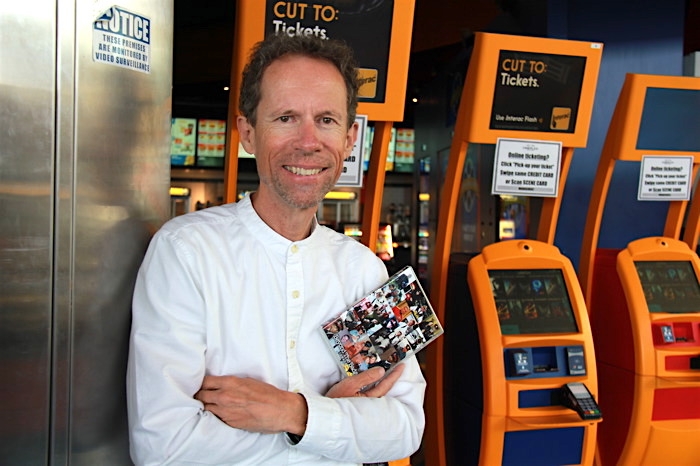 About 170 serving and retired police officers, their friends and family showed up for the debut of Beyond the Badge: Canada, a documentary produced and directed by Cappetto about the human element in Canadian policing.

Beyond the Badge, Cappetto’s seventh film, began in 2014 when he sat down with retired officers in the Toronto, Peel, Barrie and Waterloo services. The film follows in depth interviews with many of them, touching on PTSD, use of deadly force, reasons for choosing a career in law enforcement and how to know when it’s time to retire, as well as asking the heavy question, “is there life after law enforcement?”

Cappetto, who spent a few years as a Colorado police officer, said he met a number of Canadians while researching a previous film series, Lest They be Forgotten, which centres on the stories of military veterans. From that point on, he said he made it his mission to honour not just war but also law enforcement and first responder veterans in both the United States and Canada.

“This isn’t a cop show. It’s a behind the scenes look at the men and woman on the frontlines,” Cappetto says. “I’m so into a true story. There’s no flash, no glitter — it’s all right from the heart… And when you hear a true story, you’re accountable for what you just heard.”

The evening ended on a searing, poignant note as the film closed with words from Heather Pham, the widow of slain OPP officer Vu Pham, on coping with tragedy and forgiveness. Heather and her three sons were in attendance for Beyond the Badge, enveloped in embraces and handshakes as the crowd exited the theatre.

Cappetto said he hopes the documentary becomes a training tool for police and that he is currently in the process of becoming a Colorado state trooper.

“You see,” he told the crowd, “you’ve rubbed off on me in the most inspiring of ways.”