News
New RCMP chief’s philosophy: ‘Be kind and take care of others, have fun’

OTTAWA — When she ran the RCMP’s training academy in Regina, Brenda Lucki told graduating cadets to make the communities they serve better, to be kind and take care of others, to look after themselves and, above all, to have fun. 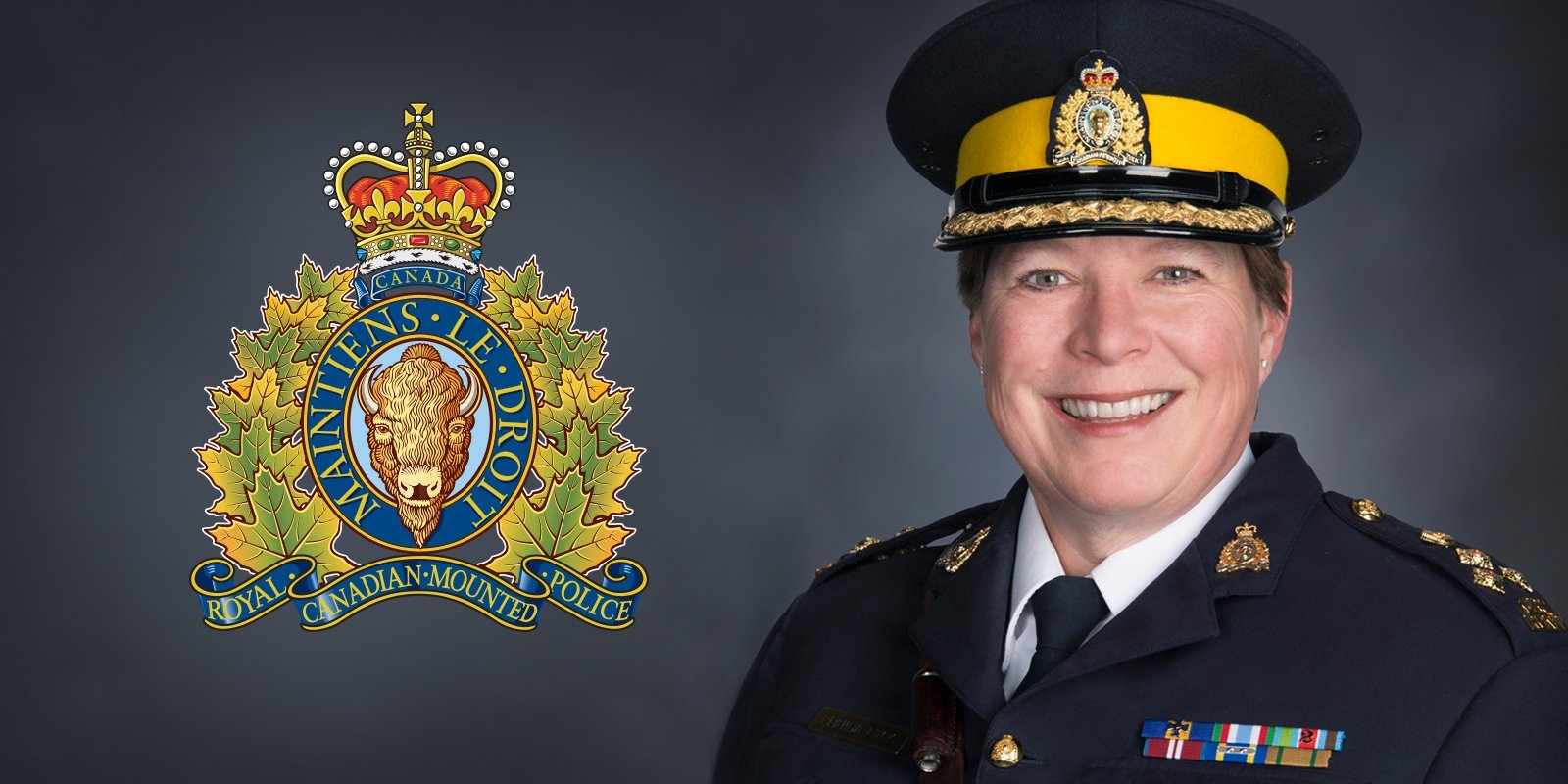 The new head of the national police force says she brings the same philosophy to the top job, drawing on more than three decades of experience as a Mountie.

“This is going to sound like a beauty pageant answer from the ‘70s, but I really wanted to serve the public, and I wanted to make positive change in the communities where I served,” Lucki said in an interview with The Canadian Press.

Lucki, 53, took the reins of the storied institution on April 16, becoming the 24th RCMP commissioner and the first permanent female boss.

The Trudeau government has directed her to modernize and reform the RCMP’s culture, protect employees from harassment and workplace violence, and foster reconciliation with Indigenous Peoples.

The government also wants Lucki to make the force representative of Canada’s diverse population by embracing gender parity and ensuring that women, Indigenous members and minority groups are better reflected in positions of leadership.

“It is important that Canadians see themselves reflected in the people that police them,” says a newly released mandate letter to Lucki from Public Safety Minister Ralph Goodale, the cabinet member responsible for the Mounties.

The letter says another priority will be implementing measures to improve health and wellness in the RCMP after an auditor’s report found the force was failing to meet the mental-health needs of its members due to a lack of resources, poor monitoring and meagre support from supervisors.

Lucki agrees with the push for change, but also staunchly defends the force. “There’s a lot of good things that we do every single day in the RCMP, and we need to celebrate that.”

For now, she is saying little about pressing agenda items like recreational marijuana legalization, law enforcement access to people’s emails and phone calls, and concerns about extremists returning from overseas.

At a news conference Monday with Goodale, Lucki signalled willingness to consider the idea of a civilian board of management for the RCMP — a measure many have recommended over the years to provide general direction to the force and bolster public accountability. Goodale said the notion was under consideration.

She was also quizzed by MPs on the House of Commons public safety committee, where one Liberal curious about harassment in the force asked how “a lady will tell the guys how to behave?”

“We do it all the time — it’s part of our makeup. Ask my husband,” Lucki quipped.

She inherits a force still grappling with ingrained problems of bullying and harassment.

A year and a half ago, her predecessor, Bob Paulson, delivered an apology to hundreds of current and former female officers and employees who were subjected to discrimination and harassment dating back as far as four decades.

The words of regret came as the force settled class-action lawsuits stemming from allegations that cast a dark pall over it.

Lucki is often asked if she’s going to fix the problem, a question that makes her bristle because she doesn’t think things are necessarily broken.

“People don’t come to work and say they’re going to bully somebody or harass somebody. It’s not that black and white. So we have to figure out what the root causes are and try to get to that,” she said in the interview.

Asked if she has personally experienced bullying or harassment, she answered obliquely.

“I would be remiss if I didn’t say that not everything has been perfect. But I think in general I’ve had a great career and I always say, whatever doesn’t kill you makes you stronger,” she said.

The Edmonton-born Lucki’s RCMP career has been varied and full of challenges, including time in Quebec, Ontario, Manitoba, Alberta and Saskatchewan.

She was applauded for her efforts in northern Manitoba to improve the force’s relationship with Indigenous communities, where one of the elders took her under his wing.

“I know that I learned a lot more than they learned from me.”

Lucki has also worked with the United Nations in the fractured former Yugoslavia, and helped train and select units for a UN police mission in Haiti. Since October 2016, she has served as the commanding officer of “Depot” Division, where recruits are put through their paces.

An avid golfer, she and her husband enjoy woodworking projects, though she once said they’re mostly good at making sawdust.

Lucki holds a degree in psychology and sociology from the University of Alberta, and studied management and leadership at the University of Manitoba’s business school — an educational background that can only help her run a sprawling police force of 18,500 officers responsible for everything from traffic duty to investigating terrorism.

“I want my employees to come to work every day and be proud of their organization,” she said, eyeing the RCMP’s 150th anniversary in 2023.

“We need to honour our past. We can’t live in it, but we need to honour it and learn from it and move forward. And I think if we do that, we’re going to be a force to be reckoned with.”